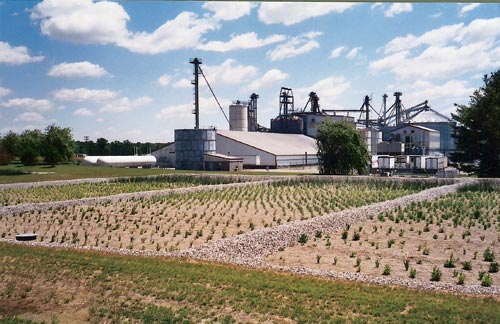 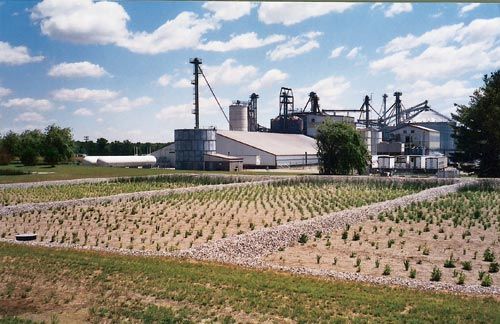 The Pocosin Lakes National Wildlife Refuge is a 115,000-acre wetlands area, previously described by one court as “home to some of the most unspoiled habitat along the East Coast.” The refuge is located on the Atlantic Flyway, a major route for migratory waterfowl, including tundra swans and snow geese migrating from arctic regions to the wildlife refuge. The refuge is also home to the federally protected red wolf and red cockaded woodpecker.

North Carolina’s Division of Water Quality had earlier found that Rose Acre’s ammonia emissions were polluting the waters bordering the wildlife refuge. Rose Acre’s experts also found that up to 73 tons of ammonia were being deposited each year into the surrounding areas and wildlife refuge. Rose Acre Farms has operated for years under similar permits designed to safeguard the nearby waterways. But rather than continue operating with these protections in place, Rose Acre and the North Carolina Poultry Federation are now challenging North Carolina’s issuance of the permit. Rose Acre is one of the largest concentrated poultry-egg operators in the country. Its North Carolina facility, which houses more than three million hens, is the largest such facility in the state.

“Each year the Pocosin Lakes National Wildlife Refuge receives thousands of visitors who enjoy the more than 300 wildlife species living in this magnificent and protected habitat,” said Jennifer Alligood, president of Friends of Pocosin Lakes National Wildlife Refuge. “The pollution from Rose Acre Farms degrades the water quality for wildlife, diminishing this very special habitat that is enjoyed by local residents and thousands of visitors each year.”

“The water pollution caused by more than 3 million chickens at Rose Acre Farms is unhealthy and damaging to the Pocosin Lakes National Wildlife Refuge,” said Christopher Leung, lead attorney for Earthjustice, the public interest law firm representing the groups. “As the state has already found, this egg factory needs to control its ammonia emissions.”

North Carolina issued a Clean Water Act permit to Rose Acre that would have required it to take steps to monitor its ammonia emissions from the hen houses’ ventilation system. This system uses large fans to blow ammonia and other pollutants out of the chicken houses, thereby polluting the surrounding areas and wildlife refuge with excessive amounts of ammonia.

“Large amounts of ammonia in lakes and rivers leads to an unbalanced ecosystem,” said Heather Deck, Riverkeeper for the Tar-Pamlico River. “The excessive nutrients create algae blooms that eventually drain the oxygen from the water, suffocating fish and other aquatic life.”

“This has serious public health implications for both the local area and the State of North Carolina,” said local counsel Jerry Eatman, an attorney at Raleigh-based Lynch & Eatman. “Not only has the state’s Division of Water Quality found a large increase of ammonia deposits in nearby waters, but studies commissioned by Rose Acre have calculated that huge amounts of ammonia are being emitted and deposited into the wildlife refuge.”

In 2004, Rose Acre applied for a federal Clean Water Act permit from North Carolina’s Division of Water Quality. The agency granted Rose Acre’s request, but due to concerns about its close proximity to the wildlife refuge, also began collecting water samples from the surrounding canals. In 2006, Rose Acre finished construction and began moving birds into the facility. The agency continued its water sampling through December 2008.

In 2009, North Carolina’s Division of Water Quality prepared a report finding that ammonia concentrations in the surrounding waterways had increased significantly, as well as nitrogen, total inorganic nitrogen, total phosphorus and fecal coliform. The U.S. Fish and Wildlife Service also produced a report showing that Rose Acre was releasing large amounts of ammonia into the wildlife refuge and surrounding areas. As a result, when the state renewed Rose Acre’s permit, it included specific provisions to improve monitoring of the facility’s ammonia emissions.

Rather than submit to monitoring of its emissions, Rose Acre then petitioned for review of the agency’s action and the North Carolina Poultry Federation intervened, attacking the state’s authority to permit the facility. In October 2011, an administrative law judge granted Rose Acre’s motion for summary judgment and held that the state lacked authority under the Clean Water Act to limit Rose Acres’ ammonia emissions. The same judge declined to rule on the conservation groups’ earlier motion to intervene. The case now moves to the Environmental Management Commission, which will review the administrative law judge’s decision.

“This case is clearly pivotal,” said Mr. Leung of Earthjustice, “because it will establish whether a state may use a Clean Water Act permit to regulate the airborne emissions of ammonia being released from a concentrated animal feeding operation.” Mr. Leung added, “This case also raises important issues of environmental justice. The poultry industry is challenging the state’s authority to protect the health and environment of the community in Hyde County, where the population is more than 40 percent African American.”

The motion, which was prepared by Earthjustice and Lynch & Eatman, is filed on behalf of the Pamlico-Tar River Foundation, Waterkeeper Alliance, Inc., and Friends of Pocosin Lakes National Wildlife Refuge.