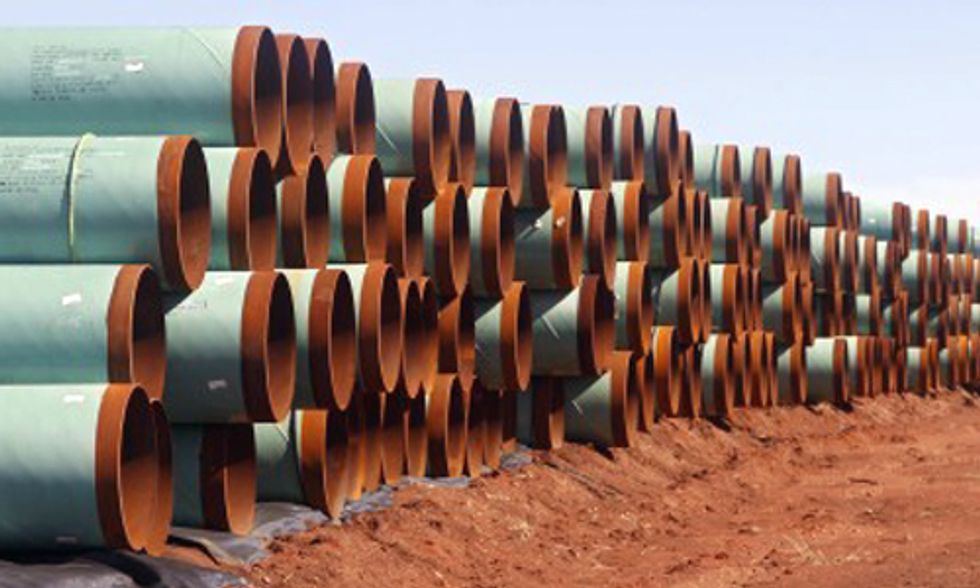 Today, 22 environmental and public interest groups wrote a letter to Inspector General Steve Linick demanding that his investigation examine not only whether the consultant, Environmental Resources Management (ERM), lied when it said it had not worked with TransCanada and major oil companies, but whether the State Department made any effort to confirm ERM's claims or instead accepted them at face value.

"The evidence clearly shows that ERM lied on its conflict of interest forms," said Ross Hammond, senior campaigner for Friends of the Earth. "We also must get to the bottom of how the State Department accepted ERM's lies and then tried to cover up the truth."

Last week, State Department documents, released in response to a Freedom of Information Act request by the Sierra Club, showed that the Department violated its own conflict of interest screening guidelines that were issued by the inspector general last year after members of Congress complained that the previous Keystone XL environmental review was plagued by bias and conflicts of interest.

The State Department's review of the proposed Keystone XL pipeline will greatly influence President Obama's final decision on whether to approve the pipeline.

“The president set a climate test for the Keystone XL pipeline, but the other climate test is whether the State Department will finalize their environmental review based on the biased and incomplete work of a tainted oil industry consultant,” says Michael Marx, Sierra Club Beyond Oil campaign director.

In the letter to Linick, the groups said:

In light of your office’s previous investigation into the State Department's evaluation of Keystone XL, it is doubly important that the State Department’s process be completely transparent and that all potential conflicts be disclosed and screened. Only then can the public be assured that the full array of environmental and economic impacts of Keystone XL have been evaluated free of any bias. The integrity of the Draft Supplemental Environmental Impact Statement for the pipeline is a threshold matter that must be resolved before a final environmental review can be issued.

According to the letter, after accepting ERM's proposal to conduct the review, "State Department employees redacted a significant amount of information about the background of ERM staff and consultants that showed their previous work for TransCanada and other companies that would benefit from approval of Keystone XL."

"There is no way President Obama should rely on ERM's review as a basis for his decision on the pipeline," said Hammond. "Secretary of State John Kerry should fire ERM and throw out their biased review. Then he and the president should look at the facts and deny this Keystone XL nightmare."

The revelations of the State Department's complicity in TransCanada's lies are not likely to be the last, according to FOE. Last week the State Department agreed to release documents on pro-pipeline lobbying by the Canadian government, former aides and colleagues of President Obama after a Freedom of Information Act suit was brought by FOE.