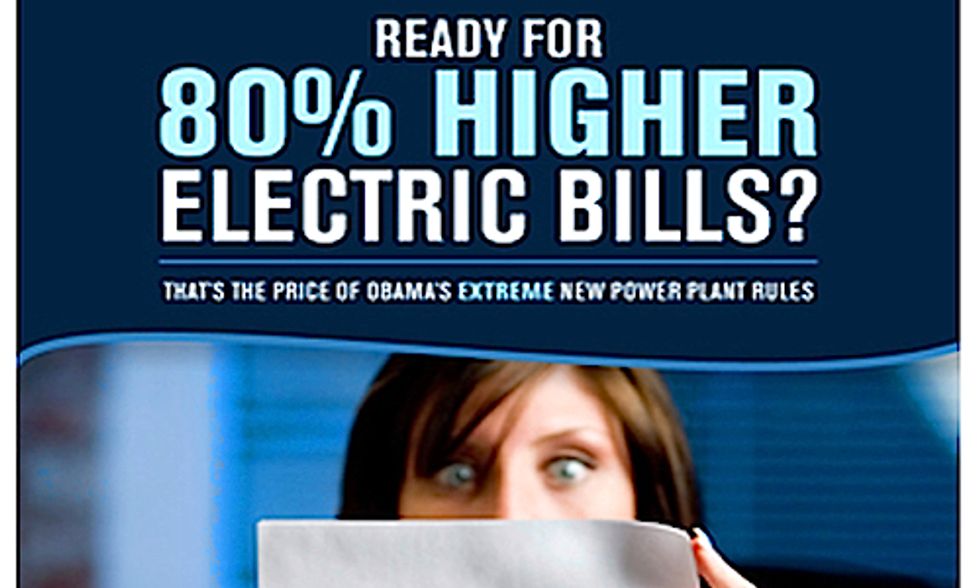 The letter urges the FCC to look into 23 radio station in five states—Arkansas, Colorado, Indiana, Michigan and Pennsylvania—that are still airing a widely discredited ad paid for by the National Mining Association despite repeated requests that it be taken off the air.

A print and radio advertising campaign paid for by the National Mining Association is spreading false information about the Obama Administration's new carbon emission standards.

The ad makes deceptive statements about the first-ever proposed federal limits on carbon pollution from power plants. This ad earned "four Pinocchios"—their highest rating—from Washington Post fact checkers, because they found the ad to be “wholly unsupported” and “bogus.”

According to Natural Resources Defense Council, the groups question whether the stations are properly serving their communities, noting that the FCC has advised broadcasters to ensure ads run on their stations are not false.

The full text of the letter follows:

We write to ask you to investigate 23 radio stations that continue to run a false and misleading radio advertisement, sponsored by the National Mining Association (NMA), despite extensive and detailed critiques of the ad. The ad is airing in five states: Arkansas, Colorado, Indiana, Michigan and Pennsylvania. We have sent multiple letters over the last three weeks to the respective stations’ managers, requesting that the radio stations cease airing the NMA radio ads, but these requests have gone unanswered. We ask that the Federal Communications Commission initiate an investigation into the licensees airing the deceptive NMA radio advertisement.

The central claim of the National Mining Association ad, which has been determined to be false by independent researchers, is an inaccurate and duplicitous statement about the impact of proposed clean air standards. The Washington Post fact checkers called the NMA ad claims “bogus,” “hyped,” and “wholly unsupported.” They concluded that “the ad does not pass the laugh test” and assigned the ad “four Pinocchios,” their worst rating. In addition, the Denver Post declared that the radio ad “flunks the truth test.” Both articles are attached for your review.

The National Mining Association has attempted to defend its deceptive ad against The Washington Post's analysis, but in doing so has simply created more misleading claims. Attached to this letter is a point by point refutation of the flawed arguments in NMA’s most recent letter.

The FCC has advised broadcasters that they are “to be responsible to the community they serve and act with reasonable care to ensure that advertisements aired on their stations are not false or misleading.” We request that the FCC investigate whether the radio stations running this misleading advertisement are properly serving their communities.