Groups Call on European Countries to Cut Marine Litter by Half 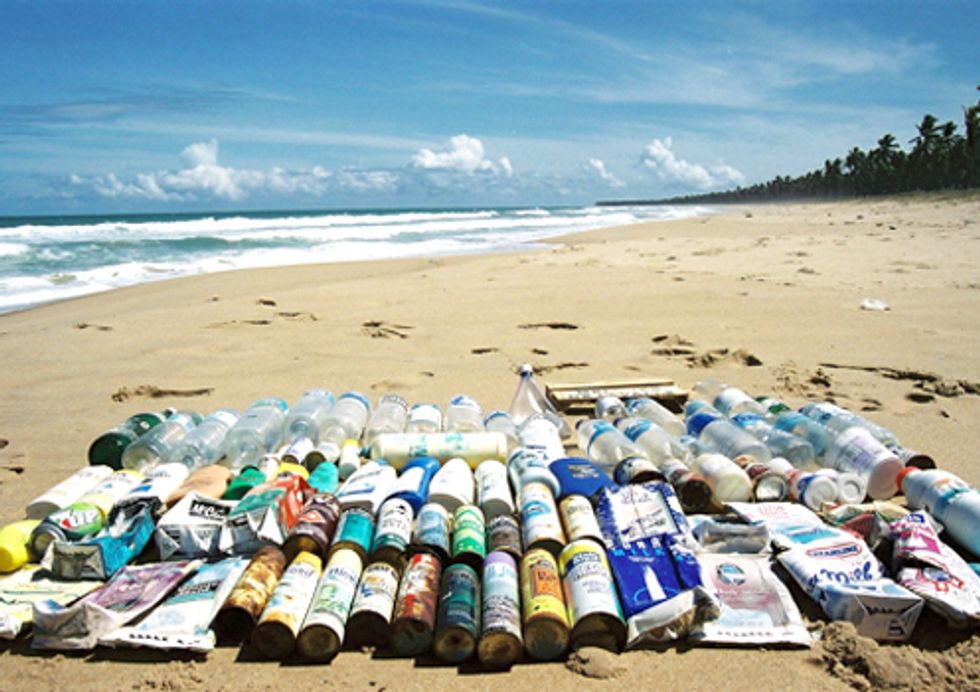 Non-governmental organizations (NGO) leading the fight against marine litter and plastic pollution in Europe are calling on European countries to set a 50 percent reduction target ahead of the July deadline this year when states are required to finalize their marine environmental targets for 2020.

The proposal has been detailed in an NGO advice document in relation to national public consultations that are taking place across Europe in relation to the EU’s Marine Strategy Framework Directive (MSFD).

The call for action is being put to North East Atlantic countries meeting this week in the Hague for the OSPAR Commission’s Environmental Impacts of Human Activities Committee—one of the last opportunities for this group of countries to discuss their regional approach to target setting under the MSFD.

“Garbage patches forming across the world’s oceans and litter strewn beaches found across Europe demand an ambitious response and a 50 percent cut within European waters is the bare minimum we should be aiming for," said Chris Carroll of Seas At Risk. "Individuals, industry and governments can use such a target as an incentive for implementing the sorts of measures that are so badly needed to address this problem, and July this year will be the litmus test for political ambition.”

The target has been proposed by members of Seas At Risk, including the Marine Conservation Society (UK), the Surfrider Foundation Europe, the North Sea Foundation (Netherlands), Friends of the Earth Germany, The Swedish Society for Nature Conservation, the European Environmental Bureau and the Liga para A Protecção da Natureza (Portugal).

The MSFD is the only existing European legal instrument that requires countries to reduce marine litter. The opportunity is unparalleled and makes a reduction target of 50 percent across the marine environment by 2020 distinctly possible with the concerted action that should result from having multiple countries act in unison on a problem that knows no boundaries.

With multiple opportunities to better enforce current regulations, to amend existing national and European legislation and the possibility of developing a European action plan so as to better account for marine litter, it is highly likely that a significant reduction of 50 percent can be achieved by 2020, if not a greater reduction.

Not only are all EU countries legally committed to achieving the aims of the directive, but marine litter has and will continue to benefit from growing industry and public interest in taking on initiatives to help mitigate the problem.

A similar target has been achieved in the past. In the report of the EU’s expert group on marine litter, it was highlighted that a 50 percent reduction was achieved in the 1990’s concerning plastic pellets in the marine environment.