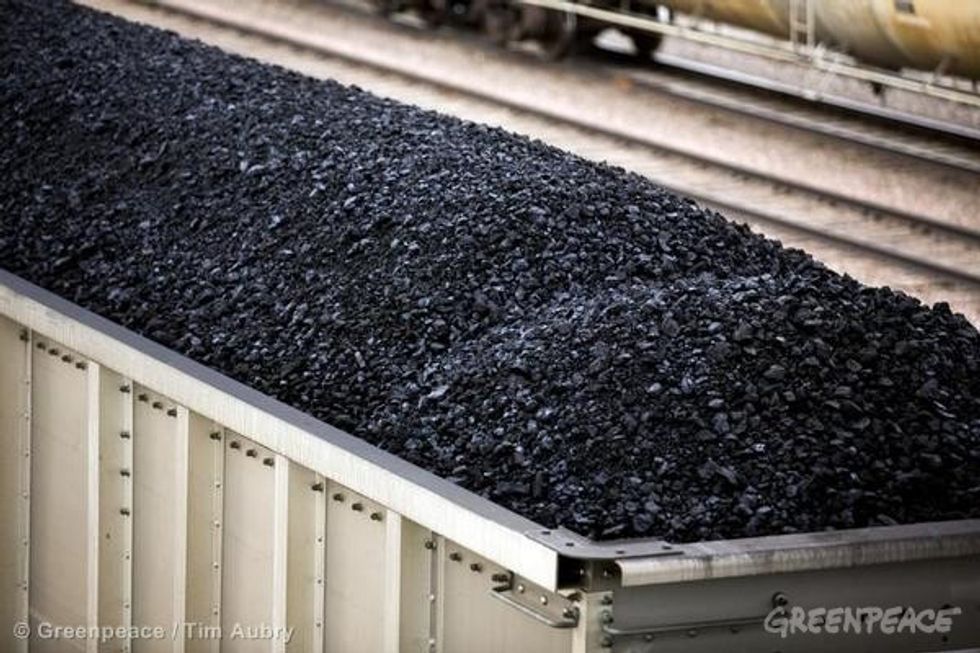 The leaders of 21 organizations welcomed Secretary of the Interior Sally Jewell to her first day on the job with a letter calling for “an immediate moratorium on new coal leasing in the Powder River Basin and a comprehensive review of the federal coal leasing program.”

The letter emphasizes the huge quantities of carbon pollution unlocked by federal coal leasing in the Powder River Basin of northeastern Wyoming and southeastern Montana, and how that is undermining President Obama’s climate commitment and record:

Between 2011-2012, BLM leased over 2.1 billion tons of coal in the Powder River Basin, unlocking nearly 3.5 billion metric tons of CO2 that will be released when this coal is burned. In comparison, EPA's newest passenger vehicle emissions standards will reduce an estimated 2 billion tons of carbon dioxide over the lifetime of cars made from 2017-2025.

The letter also points to growing controversy over the federal coal leasing program in the Powder River Basin. The Government Accountability Office and the Department of Interior’s Inspector General are investigating the federal coal leasing program because of concerns that it has amounted to a major taxpayer subsidy to coal mining companies. Those concerns have intensified as coal mining companies hope to export increased quantities of federally owned coal, which is supposed to be managed “in the best interests of the nation.”

Groups signing the letter include national environmental, health and consumer rights organizations, along with community organizations concerned about coal export proposals in Oregon and Washington and the impacts of strip mining coal in Wyoming and Montana.