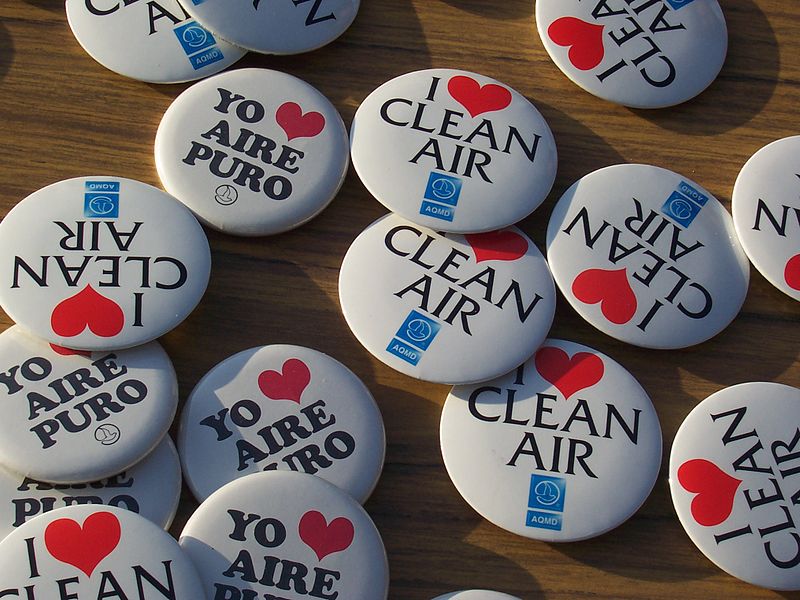 Public health and environmental groups are taking legal action aimed at forcing the U.S. Environmental Protection Agency (EPA) to issue new standards to limit levels of soot, smoke and other airborne particles linked to thousands of premature deaths each year.

The groups sent a notice of intent to sue letter to EPA administrator Lisa Jackson giving EPA 60 days to address their failure to conduct a mandatory five-year review of the 2006 particulate matter standards, which should have been completed Oct. 17.

These limits—called the national ambient air quality standards—drive cleanup of pollution across the nation and, by law, must be set to protect public health. The Clean Air Act requires that EPA determine if the standards meet that requirement by reviewing the science every five years.

The letter was filed by Earthjustice on behalf of the American Lung Association and National Parks Conservation Association. In 2006, the Bush administration ignored recommendations by its science advisors for stronger protections and adopted the current, weak particulate matter standards. In 2009, as a result of a legal challenge brought by these groups, a federal appeals court ruled that these standards were deficient and sent them back to EPA for corrective action.

Since then the Obama EPA has failed to propose new standards although the science confirms that particulate matter pollution in the U.S. continues to cause thousands of premature deaths and tens of thousands of hospital visits every year.

“Scientists, medical professionals, the courts and the general public have agreed for years that deadly soot levels are unacceptable for Americans. Our actions today demand that EPA adopt the legally-required air quality standards that will save thousands lives,” said Paul Cort, staff attorney for Earthjustice.

“The scientific evidence keeps growing to show that particulate matter is a deadly air pollutant—and that the current standards fail to protect us from that threat,” said Janice E. Nolen, assistant vice president, National Policy and Advocacy, for the American Lung Association. “We need EPA to follow the law and finish the job.”

“By adopting more protective soot standards EPA will help clear the air in our national parks at the same time it is making the air healthier for all Americans to breath,” said Mark Wenzler, vice president for Climate and Air Quality at National Parks Conservation Association.

Airborne particulate matter is comprised of tiny particles of smoke, soot, metals and other chemical compounds emitted from sources like power plants, factories and diesel trucks. Scientists say particulate matter which can penetrate deep into our lungs, is one of the most toxic forms of air pollution. They estimate that it is responsible for tens of thousands of premature deaths nationwide every year. It is also linked to the aggravation of respiratory illnesses, such as asthma, bronchitis and chronic obstructive lung disease (COPD), and to heart disease and lung cancer. Particulate matter is also responsible for much of the haze that clouds many of our cities and parklands.