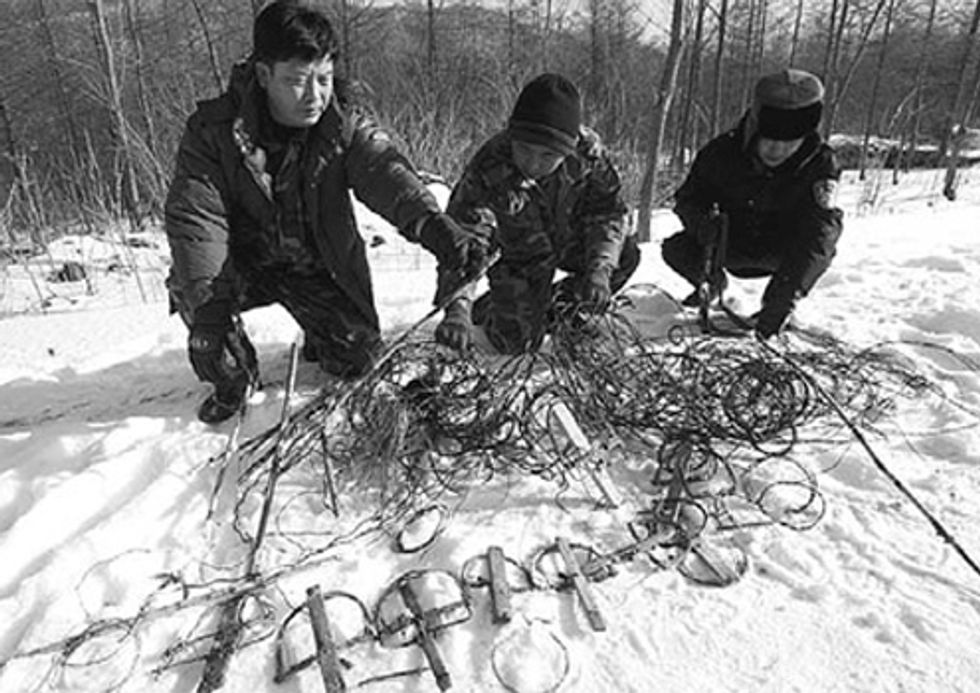 The group, which concluded their campaign Jan. 13, braved freezing temperatures and deep snow as they searched the northeastern province of Heilongjiang to clear snares set by poachers. Fifty-nine volunteers, including doctors, computer engineers, public servants and college students, worked side by side with WCS staff in the six-day event.

“It's heartening to see a new generation of environmentally committed young Chinese willing and able to volunteer their time to do something challenging but important for their country's natural heritage,” said Joe Walston, WCS director of Asia Programs. “Tigers need our help whether it’s from grass roots efforts like these or governments putting more funding toward enforcement.”

The snares are set to catch animals like rabbits and roe deer, but they sometimes catch tigers. Last October, a tiger was found dead in a snare near the city of Mishan in Heilongjiang Province.

Amur tigers exist in very low numbers in China, though conservationists are encouraged by increasing signs of these big cats as they venture from the nearby Russian Far East where several hundred remain. This region is critically important in stemming the poaching and illegal trade of tiger parts. Several U.S. government agencies have played a vital role in supporting those efforts, including the U.S. State Department, U.S. Forest Service, and U.S. Fish and Wildlife Service.

Latest reports by WCS suggest that fewer than 3,500 tigers remain in the wild—1,000 are breeding females.