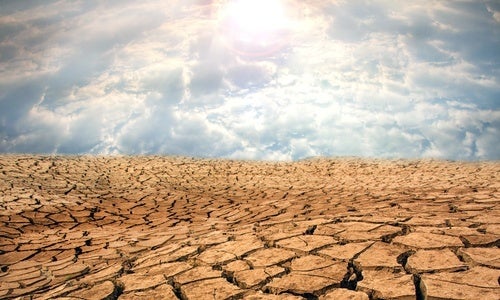 The state of California is still in one of the worst drought’s in the state’s history, and one organization thinks that they have finally figured out who to blame for the situation. It isn’t the corporations that are using water for fracking or bottling what’s left to sell to the rest of the world—nope, the real culprit is immigration.

This claim comes from the group California for Population Stabilization, a noted anti-immigration group in the state. They believe that population growth through both legal and illegal immigration is to blame for the lack of water in California, because, according to them, immigrants are taking away the state’s very limited resources.

First of all, yes, more people does mean that resources need to be spread out to more people. But, to say that this is the cause—and removing them is the solution—to the California drought is a total lie.

The state experiences record low snow melts from mountains this year, and for the past several years. That snow melt is what helps feed rivers, streams and aquifers throughout the state. At the same time, rainfall has been at record lows for many years.

But if you really want to blame someone for using up what’s left of California’s water, look at the corporations that are acting as if the drought doesn’t exist.

The fracking industry is using about 70 million gallons of fresh water every year in the state of California, at a time when residents are being told to limit their water use.

The Nestle corporation is bottling water from the most drought-stricken areas of the state—and they aren’t required to disclose exactly how much water they are taking out of the state. This is water that could be better used to provide basic services to low income residents, but instead is being shipped all over the world in the form of bottled water.

But don’t expect California for Population Stabilization to tell you that. Their only goal is to stop immigration into the U.S., and they are using whatever means necessary to achieve their goal, no matter how absurd they may be.