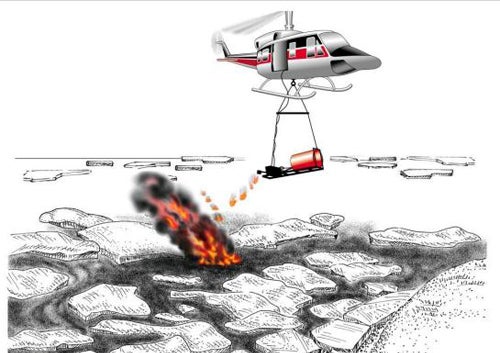 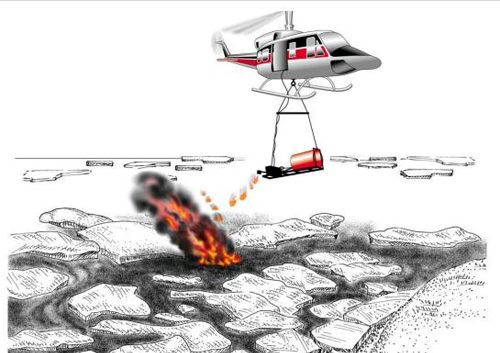 The plans, approved by the Bureau of Safety and Environmental Enforcement (BSEE), describe how the company says it will prepare for and respond to a major oil spill caused by exploration drilling in America’s Arctic Ocean. Shell’s drill rigs are headed for the Arctic right now and could be in place in a matter of weeks. A decision in this lawsuit would be the first in a challenge to offshore oil spill response plans in the U.S.

The following is a statement from the coalition of organizations, including Alaska Wilderness League, Center for Biological Diversity, Greenpeace, National Audubon Society, Natural Resources Defense Council, Ocean Conservancy, Oceana, Pacific Environment and Sierra Club. They are represented by Earthjustice:

“We have been forced to court to make sure the Arctic Ocean is protected and Shell is prepared, as mandated by law. BSEE rubber-stamped plans that rely on unbelievable assumptions, include equipment that has never been tested in Arctic conditions, and ignore the very real possibility that a spill could continue through the winter. The agency has not met minimum legal standards to be sure that Shell’s plans could be effective and that Shell has sufficient boats, resources and spill responders to remove a ‘worst-case’ oil spill in the Arctic Ocean to the ‘maximum extent practicable.’ Even after Deepwater Horizon, Interior Secretary Salazar brushed aside concerns about Shell’s spill response capabilities, stating recently that ‘there is not going to be an oil spill.’

“The American people deserve more. There have been no tests of spill response equipment in U.S. Arctic waters since 2000 and those equipment tests were ‘a failure.’ Today, Shell relies on much of that same equipment, and bases its plans on the assumption that it will clean up more than 90 percent of any spilled oil. Even in relatively favorable conditions, less than 10 percent of spilled oil was recovered after the Deepwater Horizon and Exxon Valdez spills. In the Arctic, sea ice, harsh weather, high seas, darkness and wind may render even that level of cleanup impossible.

“When pushed to explain this assumption, Shell quickly back-pedaled and said that it will not ‘recover,’ but only ‘encounter’ spilled oil—despite the legal requirement to ‘remove’ spilled oil and the fact that the company has used the unrealistic 90 percent projection to justify its choice of vessels and other equipment to protect the shoreline. The company similarly appears to be back-tracking on commitments it made to the Coast Guard for vessel safety and preparedness.

“Similarly, BSEE violated the law when it approved spill response plans that do not describe all available spill response resources. For example, Shell has publicly touted its Arctic containment system, but the spill plans approved by BSEE not only do not include that system, but they also fail to explain why Shell expects the system to work in the Arctic Ocean. Nor has the agency ensured that the company is prepared for a late season spill that could continue unabated through the winter. There is a very real possibility that winter sea ice could close in and shut down spill response leaving a blowout uncontrolled for eight or more months.

“BSEE also signed off on the response plans without a basic understanding of the consequences of the spill response choices Shell made. For example, the agency never considered the effects of Shell’s proposal to apply chemical dispersants in the Arctic Ocean, including threats to fish, birds and marine mammals, among them the endangered bowhead whale.

“As this lawsuit moves forward, we will continue to seek opportunities to work with local Arctic communities, governmental entities, industry and others toward a shared vision for the Arctic, and we will not be distracted or intimidated by aggressive or litigious actions taken by companies like Shell. Nor will we allow them to take shortcuts around established review processes and standards. We cannot allow the future of the Arctic Ocean to be risked on the hope that nothing will go wrong.”

Once filed, a copy of the complaint will be available by clicking here.

Visit EcoWatch’s WATER and BIODIVERSITY pages for more related news on these topics.