Group Calls on EPA for Clean-up of North Dakota Haze 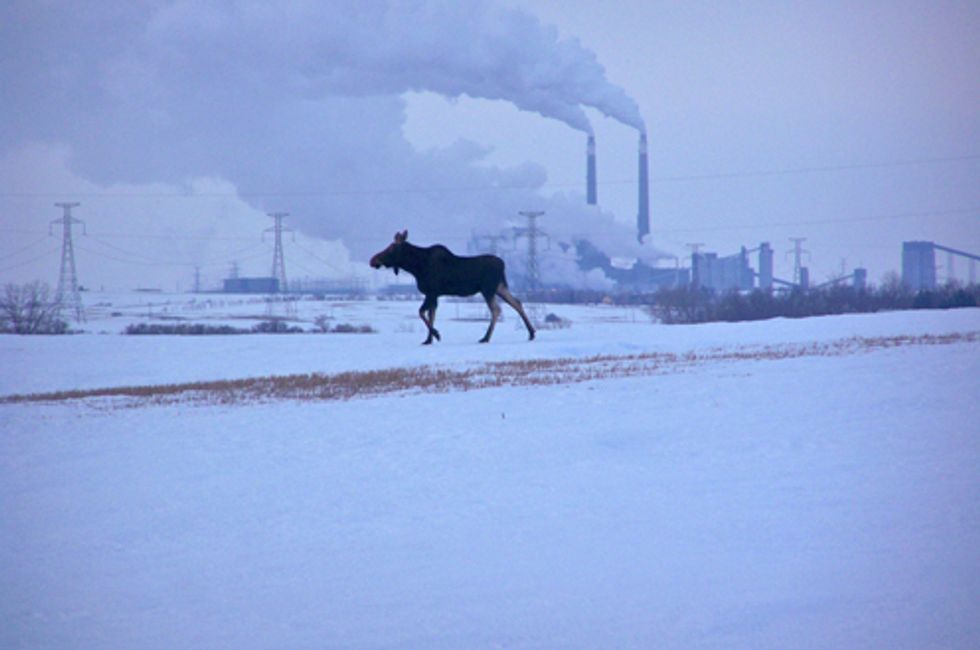 In comments submitted late Nov. 21, WildEarth Guardians charged that a clean air plan for North Dakota takes a solid step forward, but must be strengthened to fully protect public health and the environment from dirty energy.

“Clean air is slated to take a big step forward in North Dakota, but we need to complete the stride and ensure EPA upholds the Clean Air Act,” said Jeremy Nichols, WildEarth Guardians’ Climate and Energy Program director. “With air pollution from the state’s coal-fired power plants taking a tremendous toll on public health and the environment, we need to ensure these facilities are cleaned up in accordance with our health laws.”

In particular, the EPA’s plan would allow more than 1,600 tons of additional haze forming nitrogen oxide emissions than would otherwise be allowed under the Clean Air Act, as much as is released by 84,000 passenger vehicles (according to the EPA, a passenger vehicle emits 38.2 pounds of nitrogen oxides annually).

WildEarth Guardians also pointed out that the plan fails to ensure compliance with particulate matter emission limits and fails to ensure that pollution controls are installed as expeditiously as practicable.

“All we’re asking is that the EPA ensure this plan ensures North Dakota’s oldest and dirtiest coal-fired power plants take full responsibility for keeping their air pollution in check,” said Nichols. “With cleaner energy at our fingertips, this is not too much to ask.”

Last September, the EPA proposed to partially approve and partially disapprove a plan originally submitted by North Dakota to address haze pollution. A keystone of the proposed plan is that it would require the state’s oldest and dirtiest coal-fired power plant to retrofit with up-to-date air pollution controls. The plan would adopt state proposed emission controls for the Stanton, Heskett and Coyote power plants, and would adopt federal emission standards for Coal Creek, Leland Olds, Milton Young and Antelope Valley.

A report by the Clean Air Task Force found that air pollution from these coal-fired plants puts 207 people at risk of premature death, 321 at risk of heart attacks, and 3,500 at risk of asthma attacks, all at a cost of more than $1 billion.

A map of these coal-fired power plants with information regarding their health and environmental impacts can be viewed here.

The plan would markedly improve visibility in treasured landscapes, such as Theodore Roosevelt National Park.

In disapproving portions of North Dakota’s plan, the EPA found that the state failed to accurately assess the costs of air pollution controls and failed to comply with other provisions of the Clean Air Act. Under the Clean Air Act, states normally develop clean air plans. However, where such plans are inconsistent with the law, the EPA is legally obligated to develop a federal plan.

Although the State of North Dakota has opposed the EPA’s clean air plan, arguing that it infringes upon the state’s rights, a federal judge recently held that North Dakota’s arguments were without merit and upheld EPA’s authority to promulgate a federal plan under the Clean Air Act.

The EPA’s clean air proposal came in response to a lawsuit filed by WildEarth Guardians over the agency’s failure to meet deadlines related to regional haze plans and interstate transport of air pollution. Under the terms of a 2009 settlement agreement, which was later modified, the EPA agreed to issue a final clean air plan by mid-February of 2012.