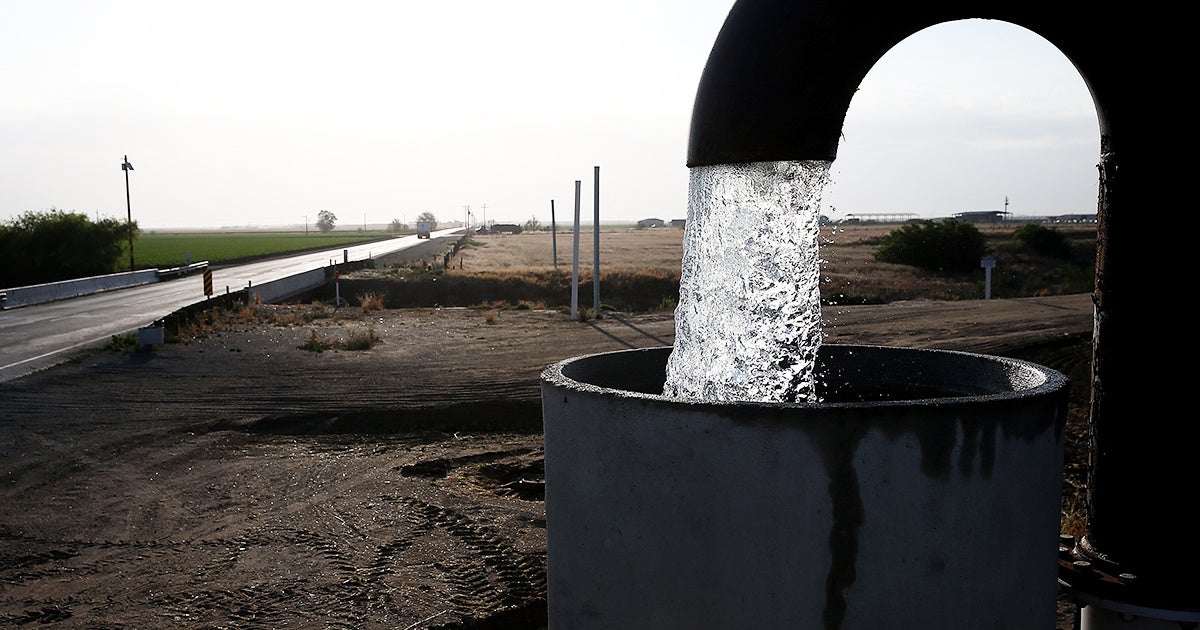 Well water is pumped from the ground on April 24, 2015 in Tulare, California. Justin Sullivan / Getty Images

New research has found that Americans are digging deeper and deeper wells to meet our water demands, which is not a sustainable practice for our water supply needs, according to a study that is the first national assessment of U.S. groundwater wells.

Nearly 120 million Americans rely on underground aquifers for drinking water, for irrigating nearly half of the nation’s crops, and for use in manufacturing. But, we have been using up that water much faster than it can be replenished, which has America running headlong into a water crisis, as Pacific Standard reported.

Nearly 1,000 of California’s community water systems are at high risk of failing to provide potable drinking water. America’s aging infrastructure is in desperate need of repair, including the country’s drinking water systems, which the American Society of Civil Engineers gave a D rating in its 2017 report, according to the New York Times.

Water levels are dropping for large populations and farming regions, including California’s fertile Central Valley and the High Plains region atop the vast Ogallala aquifer, which underlies 111.8 million acres in parts of eight states from South Dakota to Texas, as Science News reported. The Ogalla aquifer is particularly frightening — a 2017 report by the U.S. Geological Survey noted that its water levels had dropped by nearly 16 feet from 1950 to 2015.

The new study, published in the journal Nature Sustainability, analyzed 65 years of well depth trends to gain new insights into the management of the critical resource.

The research team realized that the number and depth of those wells could provide critical insights for water managers on the state of the underground reservoirs, but no central database existed. So, the research team started to build one by compiling constructing data and looking at well depth trends across the country. In the end, their research focused on five mega-aquifer systems that deliver water to densely populated regions, agricultural hubs, or areas with heavy industrial activities.

The data showed that across the country, groundwater users are drilling wells deeper and deeper across 70 percent of the country. But for the areas where wells haven’t gotten deeper, the wells might soon run dry, according to Pacific Standard .

“Drilling deeper is not a sustainable, long-term solution,” said Perrone, as Pacific Standard reported. “It’s more of a stopgap solution.”

Drilling also creates water access inequalities as poorer areas struggle to pay for the costs associated with deeper wells and water treatment. It’s expensive to sink a deeper well and energy intensive to pump the water out. Deeper wells can also tap into brackish water, which may be too salty for irrigation or drinking. That requires extensive desalination and filtering, according to Science News.

The researchers hope their data will inform policy to “improve the way that we govern our groundwater resources,” said Perrone to Pacific Standard. “So we know people are going deeper. And let’s make sure that we protect the quality of that deep groundwater.”

That brackish water deep in the aquifers is not protected right now. Even though we may need to use those deep stores of water one day, right now the fossil fuel industry injects chemical-tainted water that comes out of oil and gas wells into aquifers considered too salty to use.