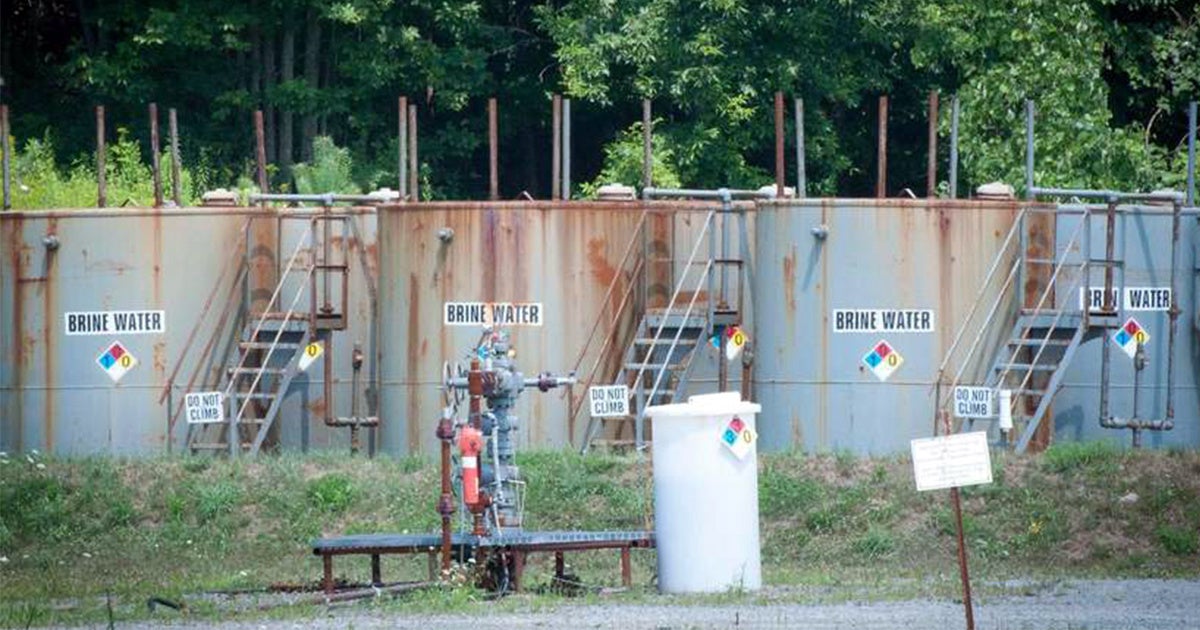 We’re living beyond our means when it comes to groundwater. That’s probably not news to everyone, but new research suggests that, deep underground in a number of key aquifers in some parts of the U.S., we may have much less water than previously thought.

“We found that the average depth of water resources across the country was about half of what people had previously estimated,” said Jennifer McIntosh, a distinguished scholar and professor of hydrology and atmospheric sciences at the University of Arizona.

McIntosh and her colleagues—who published a new study about these aquifers in November in Environmental Research Letters—took a different approach to assessing groundwater than other research, which has used satellites to measure changes in groundwater storage. For example, a 2015 study looked at 37 major aquifers across the world and found some were being depleted faster than they were being replenished, including in California’s agriculturally intensive Central Valley.

McIntosh says those previous studies revealed a lot about how we’re depleting water resources from the top down through extraction, such as pumping for agriculture and water supplies, especially in places like California.

But McIntosh and three other researchers wanted to look at groundwater from a different perspective: They examined how we’re using water resources from the bottom up.

The study may help close the gap about what we know and don’t know regarding how much water is available deep underground, as well as its quality.

It also rings some alarm bells.

Instead of examining how fast water tables were falling, as in previous studies, the researchers looked at water chemistry to determine how deep underground you could drill for freshwater or brackish water before that water became too salty to use.

“We looked at the bottom limit of groundwater resources,” said McIntosh.

The researchers used information from the U.S. Geological Survey on the quality of groundwater across the country and looked specifically at salinity—how salty the water is. “We looked basin by basin at how that depth of fresh and brackish water changes across the United States,” said McIntosh.

The results were about half as much usable water as previous estimates. That means that deep groundwater reserves are not nearly as plentiful as we’d thought in some places.

That’s important because when shallow groundwater reserves become depleted or polluted, the strategy so far has been to drill deeper and deeper wells to keep the water flowing.

But we may not always be able to drill our way out of water shortages. “Tapping into these deep waters works for now, but the long-term prospects for using these waters are quite concerning,” said the report’s lead author, Grant Ferguson, an associate professor in the department of Civil and Geological Engineering at the University of Saskatchewan.

The problem isn’t evenly distributed across the country. While a number of aquifers in the West have deep freshwater reserves, the water in parts of the eastern and central U.S. becomes salty at much shallower depths. “Drilling deeper water wells to address groundwater depletion issues represents no more than a stopgap measure in these areas,” the researchers concluded in their paper. One area of particular concern the researchers noted was in the Anadarko and Sedgwick basins underlying parts of Kansas, Oklahoma and Texas, which has particularly shallow freshwater reserves.

The study looked at a total of 28 sedimentary basins across the U.S. that were chosen because they’re known to contain oil and gas reserves.

The researchers found that the oil and gas industry uses fresh and brackish water, both of which are drawn from the bottom up. And that’s another element of the research that could raise concern.

In some cases the industry pumps out brackish water as part of its drilling operations. Industry waste is then injected back underground into deep aquifers. As a result, water reserves are depleted from pumping and possibly contaminated during re-injection, the researchers found. Deep groundwater resources can be threatened by oil and gas production or injection wells.

The authors suggest that carefully monitoring for potential contamination or overexploitation of water reserves may be crucial in these areas with minimal separation between groundwater and oil and gas wells used for either production or disposal.

The Future Is … Saltier

While brackish water can be used for some types of agriculture and by oil and gas activities, it hasn’t been used much yet for drinking because it requires desalination (although not as intensively as seawater). But as water resources become more constrained, particularly in the arid West where some communities and farms rely exclusively on groundwater, brackish water may be a more valuable future resource and a larger part of the water supply.

“I think of it in terms of water security. Both fresh and brackish aquifers are part of our potential water source into the future,” said McIntosh.

But further utilizing these deep-water resources will have “all kinds of policy and economic consequences because they aren’t going to be replenished as quickly as other waters” closer to the surface, said Ferguson. And that may mean better monitoring of oil and gas activity is needed in those regions, along with a possible rethinking of how we permit and manage drilling into those deep waters. “That would change the nature of how we’re using water in a lot of places,” he said.

While this research adds to our growing knowledge of groundwater resources, there is still a lot we don’t know about the chemistry of these deep aquifers beyond just salinity, said McIntosh. Addressing that knowledge gap, she said, will be important as we work to match water resources to our varying needs for drinking, industry and agriculture.

“This ‘bottom up’ approach is a novel one and will find great utility, but it does depend upon the availability of deep groundwater data,” said Michael Campana, a professor and hydrogeologist at Oregon State University who did not participate in the study. And the deeper we go, the less data we have, said Ferguson.

Both the researchers and outside experts suggest that more research is needed. This is particularly true in areas not associated with oil and gas activity that weren’t part of the study, Campana points out. But the authors say their results may still show the need for important changes on policy or behavioral levels regarding how we use our nation’s groundwater.

“There was this idea that deeper groundwater would be more pristine, and it is to a point, but there are all kinds of natural salinity and hydrocarbon problems once you get into deeper and deeper groundwater systems,” said Ferguson. “So we’re working with that idea that maybe the window of freshwater is not as big as we thought and it’s probably getting even smaller in a lot of areas.”

In an age of climate change, that’s something that may play out sooner rather than later.