Groundbreaking Ruling: State Has Constitutional Obligation to 'Stem the Tide of Global Warming' 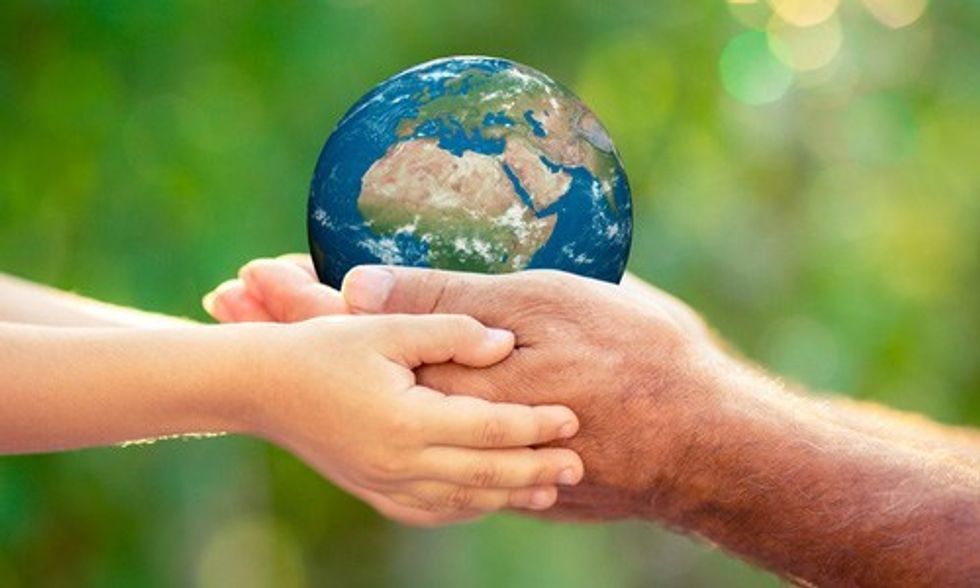 Late last night, King County Superior Court Judge Hollis R. Hill issued a groundbreaking ruling in the unprecedented case of eight youth petitioners who requested that the Washington Department of Ecology write a carbon emissions rule that protects the atmosphere for their generation and those to come.

Highlighting inextricable relationships between navigable waters and the atmosphere, and finding that separating the two is “nonsensical,” the judge found the public trust doctrine mandates that the state act through its designated agency “to protect what it holds in trust.” The court confirmed what the Washington youth and youth across the nation have been arguing in courts of law, that “[t]he state has a constitutional obligation to protect the public’s interest in natural resources held in trust for the common benefit of the people.”

“It’s incredible to have the court finally say that we do have a right to a healthy atmosphere and that our government can’t allow it to be harmed,” said 13-year-old petitioner Gabriel Mandell. “This ruling means that what the Department of Ecology does going forward in its rulemaking has to protect us, the kids of Washington, and not just us, but future generations too, like my children and those to come. Now they can’t decide to protect short-term economic fears and ignore us because we have constitutional and public trust rights to a stable climate!”

The court validated the youths’ claims that the “scientific evidence is clear that the current rates of reduction mandated by Washington law ... cannot ensure the survival of an environment in which [youth] can grow to adulthood safely.” The judge determined that the state has a “mandatory duty” to “preserve, protect and enhance the air quality for the current and future generations,” and found the state’s current standards to fail that standard dramatically for several reasons.

The judge continued, writing that “current scientific evidence establishes that rapidly increasing global warming causes an unprecedented risk to the Earth, including land, sea, the atmosphere and all living plants and creatures.”

The youth petitioners first requested the state initiate greenhouse gas rulemaking procedures in June 2014. The state refused to do so in August of the same year. The youth appealed that refusal last September, and in a June 2015 decision highlighting the urgency of the climate crisis, the judge ordered the state to reconsider the youth’s petition taking into account current climate science.

“In this important ruling, Judge Hill has made it very clear what [the Department of] Ecology must do when promulgating the Clean Air Rule: preserve, protect and enhance air quality for present and future generations and uphold the constitutional rights of these young people,” said Western Environmental Law Center attorney Andrea Rodgers. “We will hold Ecology accountable every step of the way to make sure that Judge Hill's powerful words are put into action. This is a huge victory for our children and for the climate movement. To Gov. Inslee, we hope you take this message with you to Paris and heed Judge Hill’s finding that ‘if ever there were a time to recognize through action this right to preservation of a healthful and pleasant environment, the time is now.’”

This case is one of several similar state and international cases, all supported by Our Children’s Trust, seeking the legal right to a healthy atmosphere and stable climate. Cases brought by youth to protect the atmosphere are pending before trial judges in North Carolina, Pennsylvania and Colorado, and before appellate courts in Massachusetts and Oregon.

Significantly, similar legal issues are being considered in a federal lawsuit brought in August 2015 against the federal government by 21 young people from across the U.S. and Dr. James Hansen as guardian for all future generations, in the U.S. District Court for the District of Oregon. Just last week in that case, the world’s largest fossil fuel industry representatives filed a request to intervene to protect their commercial economic interests in fossil fuel exploitation and to thwart the youth’s request for protection of their fundamental constitutional rights. The proposed intervenors, the American Fuel and Petrochemical Manufacturers (representing members ExxonMobil, BP, Shell, Koch Industries and virtually all other major refiners and petrochemical manufacturers), the American Petroleum Institute (representing 625 oil and natural gas companies) and the National Association of Manufacturers, called the youth’s case “a direct threat to [their] businesses.”

Julia Olson, executive director of Our Children’s Trust said, “This Washington decision establishing constitutional public trust protections for the atmosphere, together with the decision earlier this year doing the same in New Mexico, evidences a wake-up by the judiciary that our collective right to a habitable future is at stake and must be protected by the courts before it is too late. Judge Hill did not mince words on the need for science-based climate action now.”