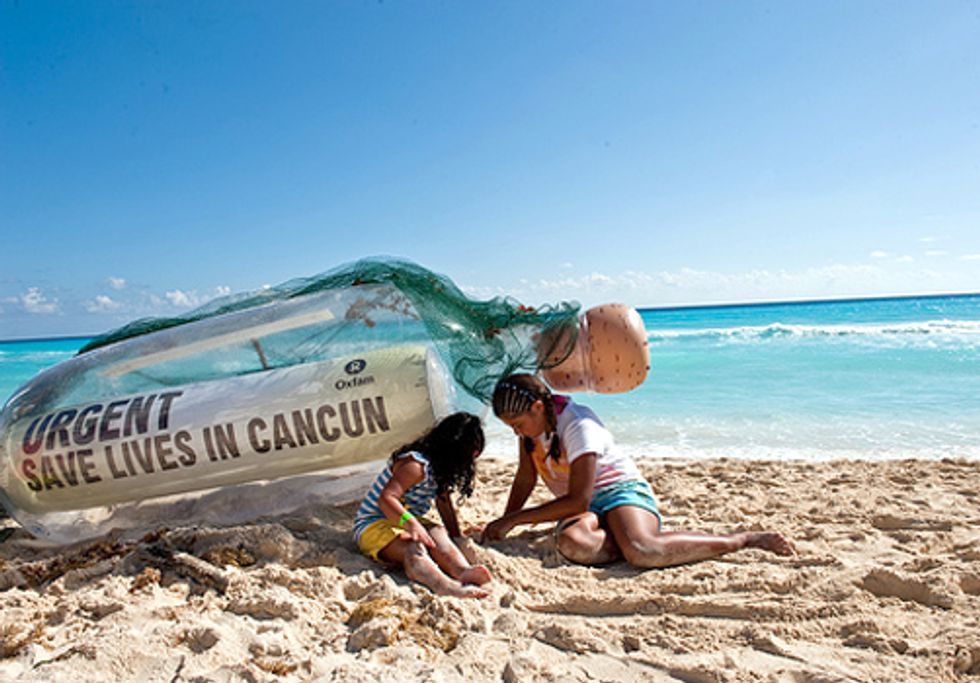 World Wildlife Fund (WWF) is urging Mexico’s Congress to approve the country's proposed National Climate Change Law, which could position Mexico at the forefront of the fight against climate change, help create green markets and jobs and improve the competitiveness of its industrial sector.

The Congress is expected to vote on the law on Thursday, March 29.

In 2010, Mexico and its Congress showed international leadership as hosts of the United Nations climate change negotiations in Cancun, demonstrating to the world the importance of headship and innovation in the legislative sector by tabling a first version of the Mexican Climate Change Law.

If adopted, Mexico will be the second country—after the United Kingdom—to pass comprehensive national climate change legislation. The proposed legislation sets a vision for low carbon, climate resilient development that provides legal certainty for international investors and Mexican entrepreneurs who see “green business” as a new and fast growing area of opportunity in the country.

Companies from Denmark, Sweden, China, Spain, the U.S. and many other countries have expressed the need for a national legal framework to have confidence in increasing their green investments in Mexico. Countries like Japan, Germany, United Kingdom, the U.S. and Canada have indicated that climate change funding could be conditioned to the existence of solid legal and policy frameworks in recipient countries.

There are companies in Mexico's steel and coal sectors that are opposing the proposed law.

Contrary to their claims, however, recent estimates by Mexico’s National Institute of Ecology have found that smart mitigation action could trigger a 5 percent incremental GDP growth, and create 3 million additional jobs, distributed among the poorest sectors of the population.

Low carbon measures can spur economic recovery, income redistribution and contribute to social justice. WWF invites these companies to identify and take advantage of the important opportunities the law provides to increase their own competitiveness. WWF also urges them to think in the Mexican people's interests before their own.

On March 29 the final word is in the hands of the members of Congress from all political parties who need to demonstrate Mexicans and the world their conviction and determination through the approval of an ambitious law. Countries must show leadership in crafting a sustainable, low-carbon future through legal frameworks that are economically viable and socially just.

WWF trusts in the vision, wisdom and leadership of Mexico’s Congress.