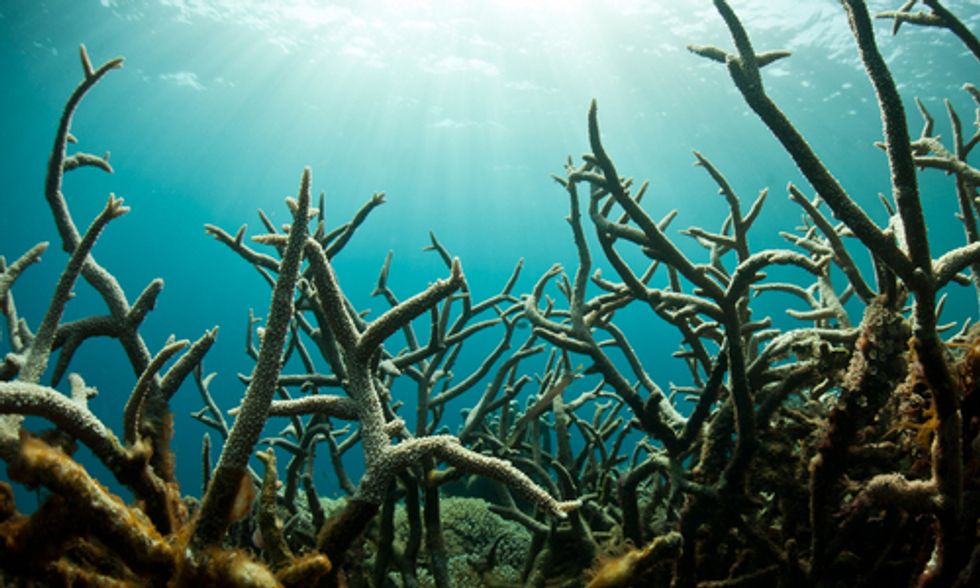 A team of scientists at Columbia University's Lamont-Doherty Earth Observatory and the University of Colorado at Boulder have published a groundbreaking set of maps that offer a comprehensive picture of the acidity of the Earth's oceans as they absorb climate change-causing carbon emissions, causing changes to marine ecosystems.

In northern winter, the Bering Sea, dividing Alaska and Siberia, becomes the most acidic region on earth (in purple) as shown in this February 2005 acidity map in pH scale. Temperate oceans are less acidic. The equatorial Pacific is left blank due to its high variability around El Niño and La Niña events. Map credit: Taro Takahashi

“We have established a global standard for future changes to be measured,” said Lamont-Doherty geophysicist Taro Takahashi, one of the team that developed the maps, which were published in Marine Chemistry. The maps take a month-by-month look at the increases and declines in ocean acidity in different seasons and locations, as well as  saturation levels of calcium carbonate minerals used by shell-building organisms. They utilize four decades of measurements by Lamont-Doherty researchers and others.

Among other things, the maps show that the northern Indian Ocean is 10 percent more acidic than the Atlantic and Pacific Oceans, and that ocean water as far north as Iceland and as far south as Antarctica are acidifying by about 5 percent per decade, corresponding to the increase in carbon emissions.

The saturation state of the mineral aragonite, essential to shell-builders, tends to fall as waters become more acidic. The South Pacific Ocean is heavily oversaturated with respect to aragonite (in red) while the polar oceans (in blue) are less saturated, as shown in this February 2005 map. The pink lines represent approximate polar sea ice edges. Map credit: Taro Takahashi

While the chemistry will be over the heads of the average non-chemist, the maps are fascinating for how they make visual the impact we're having on our oceans and what that might mean for cultures and economies that depend on them.