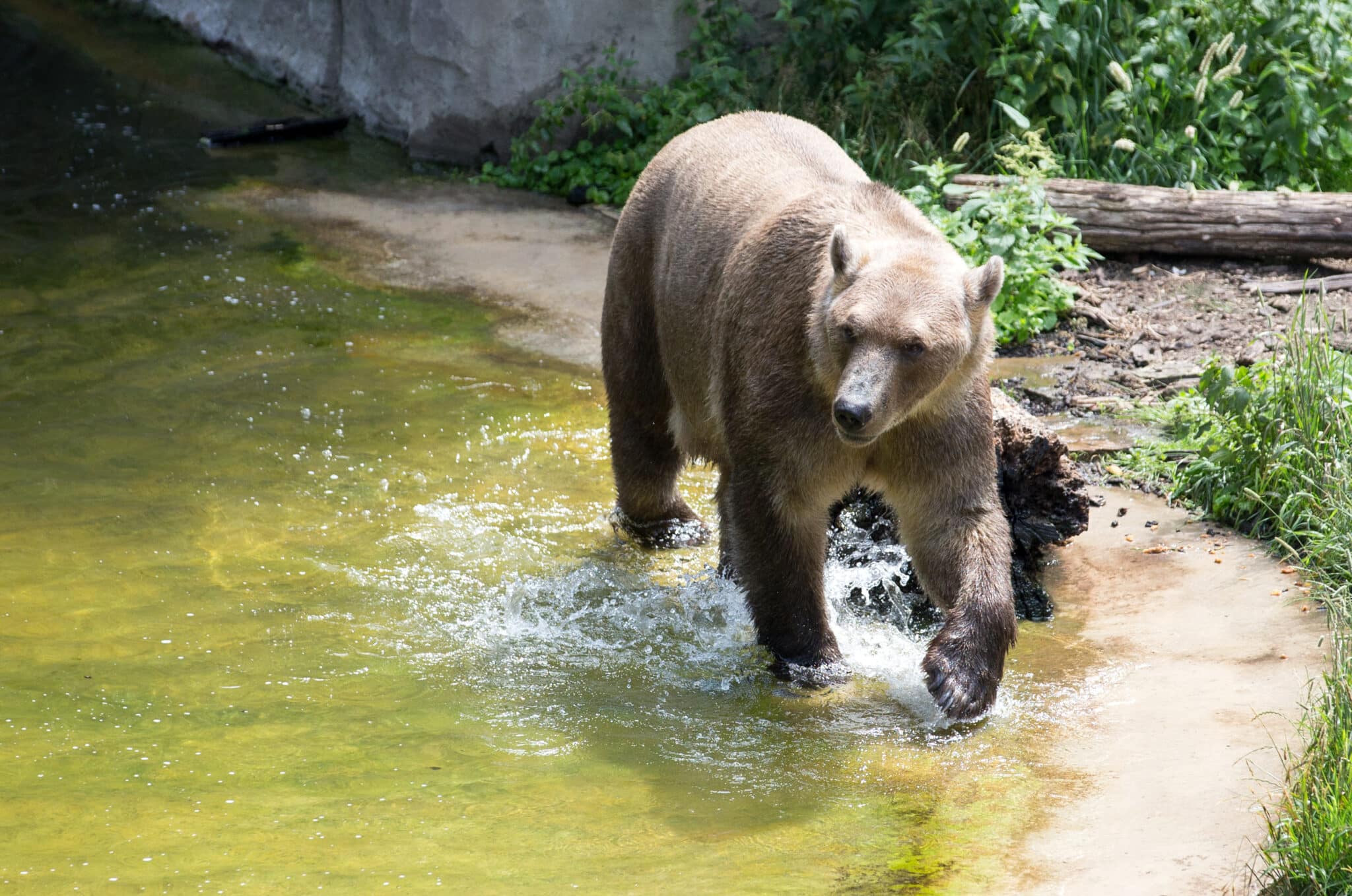 Species cross-breed in nature in order to share traits that bolster them from certain environmental changes, and cross-breeding may become more common as the planet heats up and animals migrate to cooler areas. For instance, as grizzly bears have made their way north, Canada and Alaska have become home to “grolar bears,” The Guardian reported.

Some scientists have explored the idea of intentionally cross-breeding species in order to help them adapt to the climate crisis.

“Given the pace and severity of climate change, conservationists are increasingly considering interventions such as assisted colonization and assisted evolution to improve species’ resilience to climate disruption,” wrote Claire Hirashiki, a researcher with the UCLA Institute of Environment and Sustainability, and colleagues in the introduction to the paper “Concern over hybridization risks should not preclude conservation interventions,” published last year in the journal Conservation Science and Practice.

These conservationists see hybridization as a way to help give “an evolutionary head start” to certain vulnerable species, reported The Guardian.

“When you cross-breed different species, the motivation really is to create new gene combinations and increase genetic diversity,” said ecological geneticist at the University of Melbourne Madeleine van Oppen, who works on the hybridization of corals, testing their resilience to warmer temperatures, as The Guardian reported. Recently, Van Oppen and her colleagues demonstrated that some cross-bred corals had as much as a 34 percent higher survival rate than the previous generation in conditions with increased carbon dioxide and higher temperatures.

If the genetic distinctions between different species and subspecies are too great, hybridization can result in problems like infertility, wrote a team of scientists from England in The Conversation. But cross-breeding can also confer benefits onto the new, hybrid species.

“[O]ur work suggests that focusing on genetic purity might not be the best strategy for saving an endangered species from extinction. Carefully assessing the potential risks is important, but hybrids can also form resilient populations with realistic chances of long-term survival,” the scientists wrote.

While cross-breeding of species for the purposes of making them more resilient to climate change has been done in the lab, conservationists have yet to attempt it by putting different species together in a more natural setting, reported The Guardian. It has been done with animals like the Florida panther to try to increase the genetic diversity in limited populations in order to save the species. When there were only about 25 individual Florida panthers left, eight female Texas pumas were brought in to breed with them. It worked, and the species survived.

The question is, is it still the same animal? Technically, no, because the original genome is no longer intact.

Substantial cross-breeding can also cause species to become unable to thrive in their own environment, as may be occurring with the cutthroat trout of the North American Rocky Mountains.

“Native trout have adapted to persist in the face of extreme environmental change over time: you know, flooding, wildfires, glaciation,” said Clint Muhlfeld, an aquatic ecologist from the United States Geological Survey, as The Guardian reported.

However, the cutthroats have bred extensively with the millions of rainbow trout fishing stocks that were released in the last century, diluting their original genepool. This has resulted in less offspring being produced by the hybrids.

“With as little as 20% hybridisation, you see at least a 50% decline in fitness and we’ve seen this pattern in different populations,” said Muhlfeld, as reported by The Guardian.

Michelle Marvier, a conservation biologist at Santa Clara University in California, said that extreme examples such as this are not the norm.

But, if particular traits of a species are lost, is a new species being created, and is the original species essentially becoming extinct?

“In the field, I marvel at the peculiar and highly idiosyncratic adaptations that [different species] have evolved,” said University of Tennessee ecologist Daniel Simberloff, as The Guardian reported. “I just cannot be cheered by the sort of thing that [Marvier and others] are talking about as a replacement.”

Van Oppen said that with the speed of environmental changes and the loss of biodiversity that is occurring, we no longer have the option of preserving and keeping every species genetically intact.

However, Simberloff called cross-breeding “a blunt tool” that is akin to “using a sledgehammer in surgery,” reported The Guardian. Unlike gene editing, which Simberloff said is more precise.

Andrew Whitehead, an evolutionary biologist from the University of California, Davis, pointed out that altering the genetic makeup of a species doesn’t predict how they will fare when they are in the wild.

“I think we’re fools to think that we can genetically engineer a future-proof creature,” Whitehead said, as The Guardian reported.

Instead, Whitehead suggested tackling the problem of the climate crisis at its source by using less fossil fuels.

“We need to act at the source of the problem, which is climate change,” said University of Geneva conservation biologist Juan Montoya-Burgos, as reported by The Guardian.