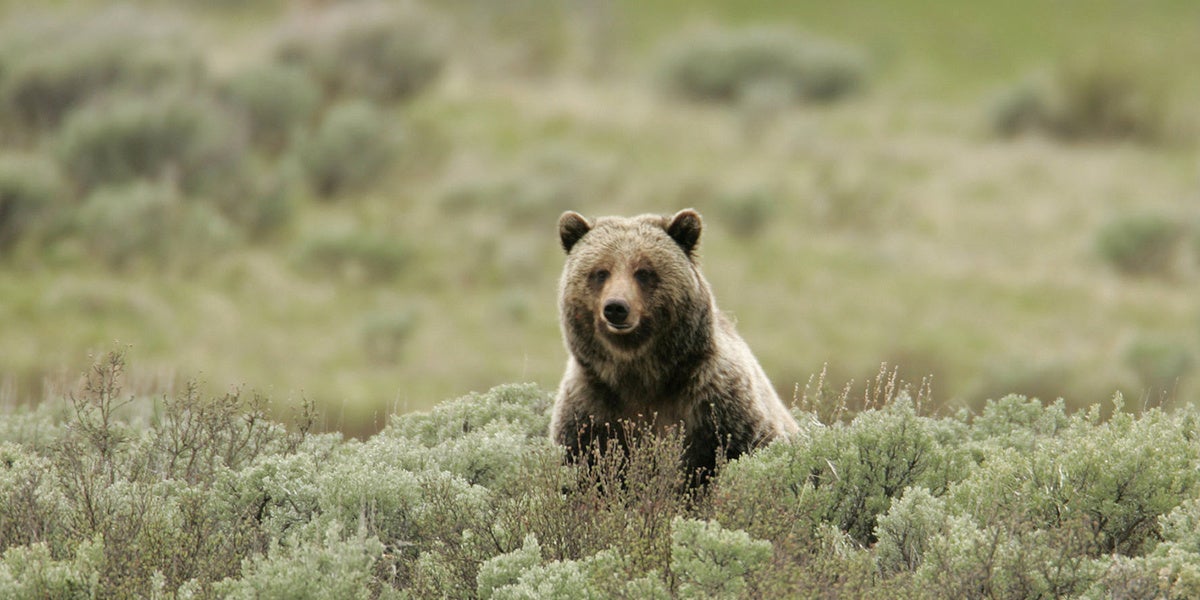 Yellowstone grizzly bears could be legally hunted for the first time in four decades under a proposal issued by Wyoming officials last week.

The move comes less than a year after the iconic bears were stripped of Endangered Species Act protections.

Wyoming Game and Fish Department’s new draft regulation would allow the killing of up to 24 grizzly bears—that’s 12 bears (10 males, two females) within the demographic monitoring area in Greater Yellowstone, plus another 12 bears of any sex outside the area.

“This draft was shaped by public input we received this fall and winter and the best available science. It contains proposed regulations that would ensure Wyoming will meet its commitment to manage for a healthy and viable population of grizzly bears inside the demographic monitoring area in northwest Wyoming,” said Brian Nesvik, the Wyoming Game and Fish Department’s chief game warden and chief of the wildlife division.

“We believe this proposal reflects the public support for using hunting as a component of grizzly bear management and has many provisions that will recognize this opportunity and keep the grizzly bear population recovered for generations to come.”

More than 50,000 grizzly bears resided between the Pacific Ocean and the Great Plains in the early 1800s but their numbers dwindled down to only 136 by 1975, when they were listed as “threatened” under the federal Endangered Species Act. Their federally protected status allowed the population to increase to about 700 or more today. But, citing success in conservation efforts, the Trump administration delisted the bears in June, thus allowing states to open up hunting season on the animals.

“Wyoming’s reckless hunt ignores the fact that grizzly bears remain endangered in Yellowstone and across the west,” said Andrea Santarsiere, a senior attorney at the Center for Biological Diversity. “It’s tragic that these imperiled animals will be shot and killed so trophy hunters can stick heads on their walls.”

The Center for Biological Diversity noted that the bears occupy less than 4 percent of their historic U.S. range and are under threat from isolation from other grizzly populations, loss of key food sources in the Yellowstone ecosystem and human-caused mortalities, which may soon include hunting if Wyoming’s proposal is approved.

Santarsiere said Montana “made the right decision” not to hold a hunt in 2018 after grizzlies were delisted, but “Wyoming’s failure to follow suit is deeply disappointing.”

Bonnie Rice of the Sierra Club‘s Greater Yellowstone campaign added, “Wyoming should focus on continued recovery of grizzly bears, preventing conflicts and promoting coexistence and safety for bears and people. This misguided proposal will set back forty years of grizzly recovery efforts.”

“Grizzly bears are one of the slowest animals to reproduce; it takes a female grizzly ten years to replace herself in the population,” Rice said. “It’s a pipe dream to believe that hunters are going to be able to distinguish between male and female grizzly bears. We will undoubtedly lose more female grizzlies in a hunt—even more than authorized under this proposal.”

The new draft regulation is available for review online and a public comment period is now underway.