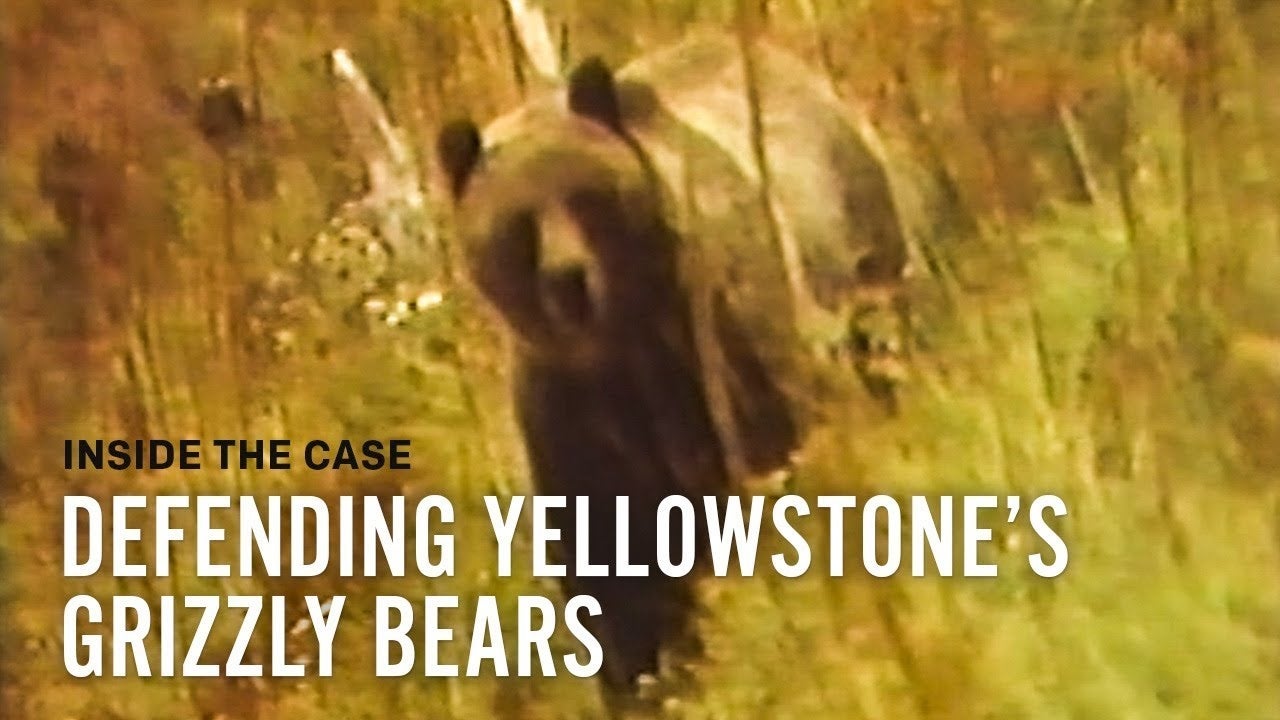 Wyoming and Idaho’s
grizzly hunt was set to begin this Saturday, Sept. 1 and would have allowed a potential kill of 23 bears outside of Yellowstone National Park.

But U.S. District Judge Dana Christensen in Missoula, Montana granted a 14-day restraining order on the hunt, siding with wildlife advocates and Native American tribes who sued U.S. Fish and Wildlife Service (USFWS) after its June 2017 decision to delist grizzly bears in the greater Yellowstone area from protections under the Endangered Species Act.

Christensen
wrote that the hunt would cause irreparable harm to the animals “because once a member of an endangered species has been injured, the task of preserving that species becomes all the more difficult.”

“As we explained to the judge today, the removal of protections for Yellowstone’s iconic grizzlies was illegal. The bears should not be killed in a hunting season made possible by an illegal government decision,” said Earthjustice attorney Tim Preso in a
press release.

As EcoWatch
previously reported, more than 200 tribal nations opposed the hunt, saying the bears are sacred to their culture, and want to move the bears to tribal lands.

“It’s essential to protecting our religious and spiritual freedoms, and treaty rights in Yellowstone,” Stan Grier, chief of the Piikani Nation and president of the Blackfoot Confederacy Chiefs told
Reuters. “This sacred being is considered to be a deity by many tribes, not a rug.”

The restraining order allows the judge time to decide whether the federal government should reinstate federal protections for the bears.

Grizzlies were given federal protection in 1975, when their numbers dropped to only several hundred, compared to an historic high of 100,000 in the lower 48 states. Thanks to the Endangered Species Act, their numbers today have risen slowly to around 700.

USFWS delisted the bears last year, saying that their numbers have recovered to a point where federal protection is no longer needed.

But scientists say that the iconic animals are not ready for delisting because
climate change and other human-caused factors have threatened their food sources.

In May, 58 prominent scientists and experts, including renowned naturalist and primatologist
Dr. Jane Goodall, signed a letter asking USFWS to retain federal protections for the bears.

“Their future isn’t secure yet because they face so many threats to survival,” Goodall
said then. “Two of their four major foods have all but been wiped out due to climate change, disease and invasive species. And they may be killed if they prey on livestock in their increasingly difficult search for food.”