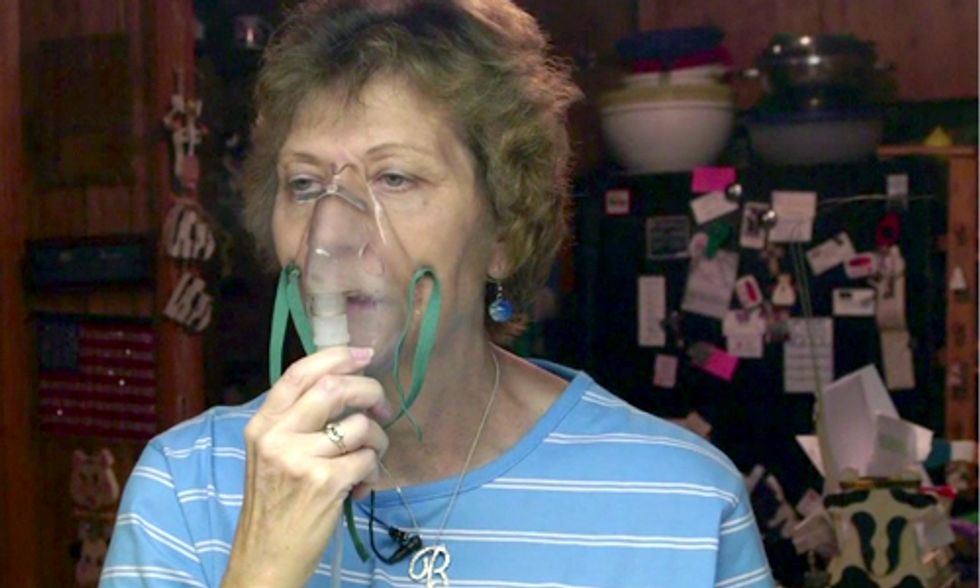 Shelby Buehring was born in South Texas and bought a home there in 1995, but he has grown to hate the area.

That's because the area's fracking boom caused his wife, Lynn, to depend on an inhaler to help her breathe properly amid an atmosphere rife with thick black smoke, strong stenches and other environmental effects from fracking near their Karnes County home.

The Buehrings are two of several people the Center for Public Integrity, InsideClimate News and The Weather Channel spoke to as part of a most-gripping report and short film package released Tuesday that exposes the impact of fracking as well as any on record.

“There's nothing we can do,” Shelby Buehring said of living near the Eagle Ford Shale play. “Nobody is listening to us.

The Eagle Ford Shale play is a 400-mile-long, 50-mile-wide fracking site that extends from Leon County, in northeast Texas, to the southwestern Mexican border. As impactful as the report and short film's interviews are, the lack of oversight and care for the residents is downright appalling. The Texas Commission on Environmental Quality (TCEQ), which regulates most air emissions, has fined just two companies in the oil and gas industry from Jan. 1, 2010 to Nov. 19, 2013, despite 164 documented violations.

There were 284 complaints filed during that time, but they clearly fell on deaf ears.

“I believe if you're anti-oil and gas, you're anti-Texas,” state Rep. Harvey Hilderbran, a Republican from Central Texas, said during a panel discussion in September, according to the three reporting agencies.

Those who have studied the fracking boom there aren't surprised by its unfortunate effects.

"Energy wins practically every time,” Robert Forbis Jr., an assistant professor of political science at Texas Tech University, said in the report. “It seems cynical to say that, but that’s how states see it—promote economic development and minimize risk factors.”

The report and film made waves across the country Tuesday for its revealing reporting.

"This investigation and the hundreds of complaints build on an already significant body of science showing that fracking inherently poisons the air and threatens people’s health."

Other shocking findings about the Eagle Ford Shale area and Texas, discovered by Inside Climate News, the Center for Public Integrity and The Weather Channel, include:

Another resident interviewed by the entities, Cynthia Dupnik, decided to keep a daily log of what she and her family smells near their home. She said it was important to take note because new symptoms and side effects continually arise as the oil boom continues on. Nose bleeds and sores were among the effects her family experienced.

"There's something wrong about that picture, especially when we didn't have it before," she said.

The report points out that while states are responsible for enforcing the federal Clean Air Act, they are also largely responsible for regulating fracking on their grounds.

The reporters said the TCEQ refused telephone interview requests for eight months. A representative finally responded with an email stating that the air pollutants in the Eagle Shale Ford area have not been a concern "from a long-term or short-term perspective."

The interviewed residents told a much different story.

"The chemicals in the air, we can't get away from them because we live here," Lyssy said.