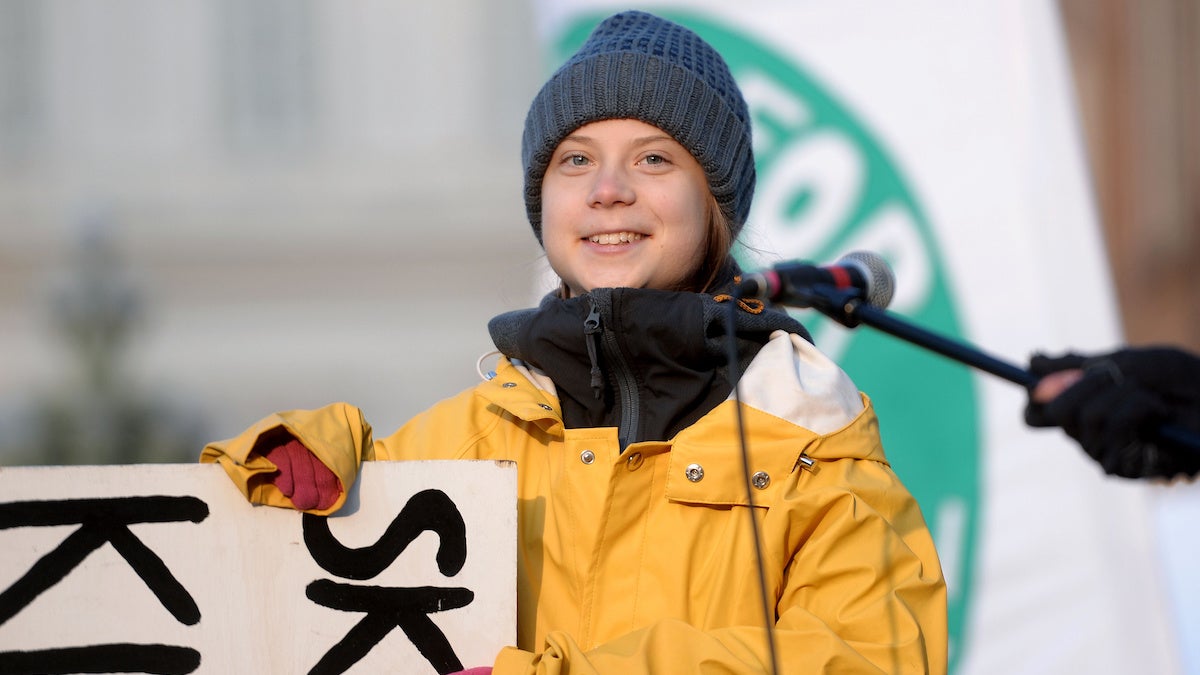 Sixteen-year-old climate activist Greta Thunberg doesn’t have any time for climate deniers, even if they are the president of the United States.

In an interview with BBC Radio 4 Monday, she said she would not have spoken to President Donald Trump if she had had the chance during the UN Climate Action Summit in New York in September.

Trump has moved to withdraw the U.S. from the Paris agreement and he once dismissed his government’s own National Climate Assessment with the words, “I don’t believe it.”

While the activist and the president didn’t speak at the summit, Thunberg was caught on camera glaring at Trump when he arrived at the UN, and the death stare went viral.

The next day, Trump seemed to mock Thunberg’s emotional UN speech in which she accused world leaders of failing to act on the climate crisis.

“She seems like a very happy young girl looking forward to a bright and wonderful future. So nice to see!” he tweeted.

Thunberg then pushed back by changing her Twitter bio to read “A very happy young girl looking forward to a bright and wonderful future,” The Guardian reported at the time.

Trump and Thunberg sparred again on the social media platform in December after Thunberg was named TIME Magazine’s Person of the Year.

Trump tweeted that her win was “ridiculous” and that she “must work on her Anger Management problem, then go to a good old fashioned movie with a friend!”

Thunberg once again changed her bio to read “a teenager working on her anger management problem. Currently chilling and watching a good old fashioned movie with a friend,” TIME reported.

The activist trolled far-right Brazilian President Jair Bolsonaro in the same way after he called her a “brat” for speaking up about the murder of indigenous land defenders in the Amazon rainforest.

In the interview Monday, Thunberg addressed the attacks she had weathered from world leaders.

“[T]hose attacks are just funny because they obviously don’t mean anything,” she said, according to The Guardian. “I guess of course it means something – they are terrified of young people bringing change which they don’t want – but that is just proof that we are actually doing something and that they see us as some kind of threat.”

Also during the program, Thunberg had a chance to speak to renowned nature broadcaster David Attenborough for the first time.

The pair expressed their admiration for each other and their work. Thunberg said she had been inspired by Attenborough’s documentaries, according to Reuters.

“You have aroused the world,” Attenborough told Thunberg.