‘You Are Failing Us’: Greta Thunberg Rips Into World Leaders for Lack of Climate Action, Glares at Trump 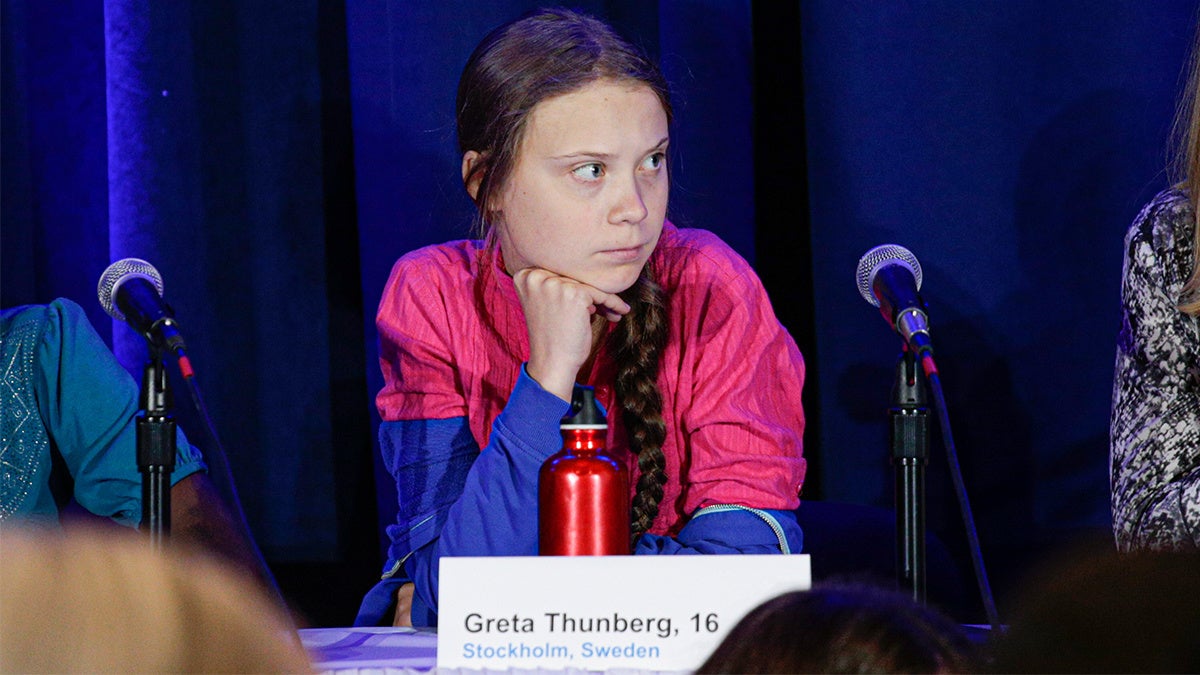 Greta Thunberg attends a press conference on the climate crisis with the United Nations Committee on the Rights of the Child at the UNICEF Building on Sept. 23 in New York. KENA BETANCUR / AFP / Getty Images

Swedish 16-year-old Greta Thunberg, who was instrumental in launching the Fridays for Future school strike movement, refused to let world leaders off the hook in an emotional speech at the start of the UN Climate Action Summit Monday.

“This is all wrong,” Thunberg said, according to a transcript published by The Guardian. “I shouldn’t be standing here. I should be back in school on the other side of the ocean. Yet you all come to me for hope? How dare you! You have stolen my dreams and my childhood with your empty words. And yet I’m one of the lucky ones. People are suffering. People are dying. Entire ecosystems are collapsing. We are in the beginning of a mass extinction. And all you can talk about is money and fairytales of eternal economic growth. How dare you!”

Thunberg is taking a year off from school to attend conferences and meetings in an effort to urge action on the climate crisis, CNN reported. Because she refuses to fly, she traveled to New York for the UN summit on a zero-emissions yacht.

The UN Climate Action Summit was billed as a chance for world leaders to up their commitments under the Paris agreement before the 2020 deadline. But Thunberg excoriated them for failing to act so far.

“You say you ‘hear’ us and that you understand the urgency,” she said. “But no matter how sad and angry I am, I don’t want to believe that. Because if you fully understood the situation and still kept on failing to act, then you would be evil. And I refuse to believe that.”

UN Secretary General António Guterres had asked attending countries to present plans for reducing emissions 45 percent over the next decade, but Thunberg suggested this goal did not go far enough. She said there was only a 50 percent chance that achieving it would limit global warming to 1.5 degrees Celsius above pre-industrial levels.

“Maybe 50 percent is acceptable to you. But those numbers don’t include tipping points, most feedback loops, additional warming hidden by toxic air pollution or the aspects of justice and equity,” she said. “They also rely on my and my children’s generation sucking hundreds of billions of tonnes of your CO2 out of the air with technologies that barely exist. So a 50 percent risk is simply not acceptable to us — we who have to live with the consequences.”

Thunberg’s comments came three days after four million people around the world attended the largest youth-led climate protest yet, something she alluded to at the end of her speech.

“You are failing us. But the young people are starting to understand your betrayal. The eyes of all future generations are upon you. And if you choose to fail us I say we will never forgive you. We will not let you get away with this. Right here, right now is where we draw the line. The world is waking up. And change is coming, whether you like it or not,” she concluded.

The change Thunberg called for was largely not promised by the summit that followed. China, the world’s largest emitter, did not promise to up its climate ambitions, and the U.S., the world’s second largest, did not speak at all, The New York Times reported.

Thunberg had previously said she did not plan to talk to U.S. President Donald Trump, who has promised to withdraw the country from the Paris agreement, during her visit.

“Why should I waste time talking to him when he, of course, is not going to listen to me?” she told CBS in August.

But the two did cross paths when Trump arrived at the UN Monday. The stare Thunberg fixed on the climate-denying president was caught on camera and then went viral on social media, HuffPost reported.

Democratic presidential candidates were among those who retweeted the clip.

“I think a lot of us can relate,” wrote former Secretary of Housing and Urban Development Julián Castro, according to The Guardian.