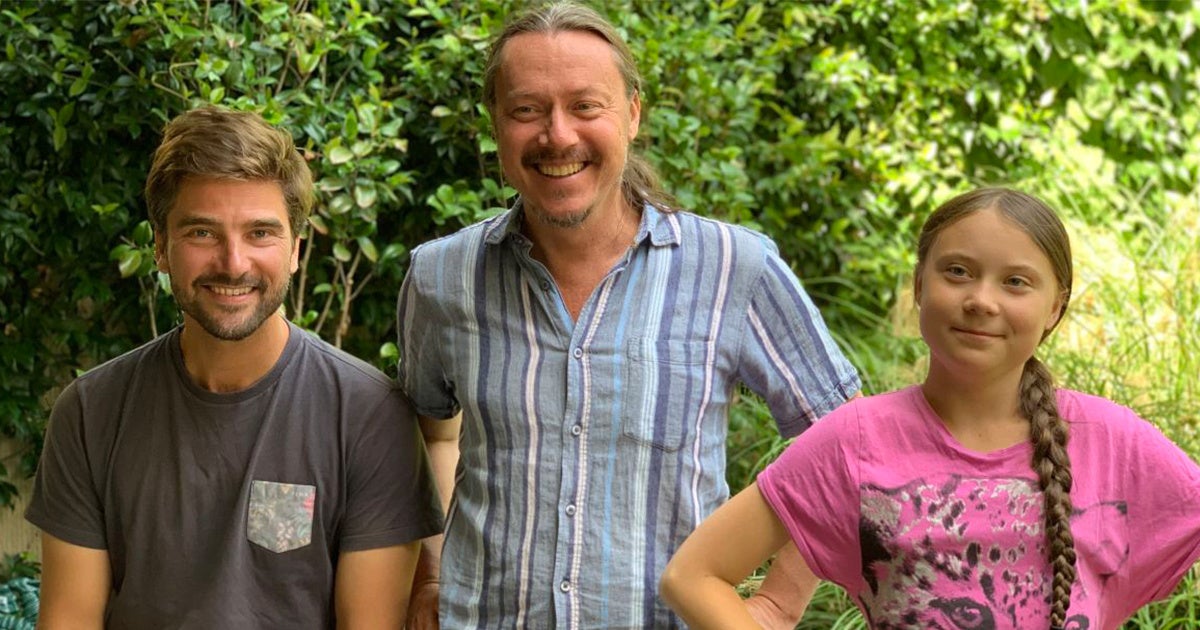 Sixteen-year-old Swedish activist Greta Thunberg will head to the Americas next month, and, keeping in line with her climate commitment not to fly, she announced Monday that she will make the voyage by fossil fuel emissions-free boat.

The roughly two-week long trip will begin mid-August and will take off from an undisclosed location in the UK and land in New York City. Thunberg will attend events including the United Nations Climate Action Summit in New York in September and the UN climate summit known as COP25 in Santiago, Chile. The trip will take place while she’s on a sabbatical year from school.

The boat, the Malizia II, is “a foiling sailboat built in 2015, which is fitted with solar panels and underwater turbines to generate electricity on board the vessel,” according to a statement. It will be captained by professional sailors Boris Herrmann and Pierre Casiraghi, who is the grandson of Grace Kelly and Prince Rainier of Monaco.

Casiraghi, in statement, praised Thunberg’s climate activism and said his team was “proud to take Greta across the Atlantic in this challenging mode of transport.”

“I believe in bringing awareness about rising global emissions and pollution due to human activity. Convincing governments and international institutions to make the step and enforce laws that will protect mankind and biodiversity is of the utmost importance for the future of humanity. Greta is an ambassador who delivers a fundamental message both for our society and for the survival of future generations.”

“I respect Greta’s courage to take on this adventure and fully commit, sacrifice and fight for probably the greatest challenge of humanity,” he added.

Thunberg, for her part, framed the upcoming UN events as pivotal moments in the fight to tackle the climate crisis.

“The science is clear,” she said in a statement. “We must start bending the emissions curve steeply downwards no later than 2020, if we still are to have a chance of staying below a 1.5 degrees of global temperature rise. We still have a window of time when things are in our own hands. But that window is closing fast. That is why I have decided to make this trip now.”

The youth activist also drew attention to the steady and ongoing stream of climate protests recently waged by young people and their allies.

“During the past year,” said Thunberg, “millions of young people have raised their voice to make world leaders wake up to the climate and ecological emergency. Over the next months, the events in New York and Santiago de Chile will show if they have listened. Together with many other young people across the Americas and the world, I will be there, even if the journey will be long and challenging. We will make our voices heard.”

“It is our future on the line, and we must at least have a say in it,” she said. “The science is clear and all we children are doing is communicating and acting on that united science. And our demand is for the world to unite behind the science.”

Joining Thunberg and the co-skippers on board will be Greta’s father, Svante Thunberg, and filmmaker Nathan Grossman, who will document the voyage.