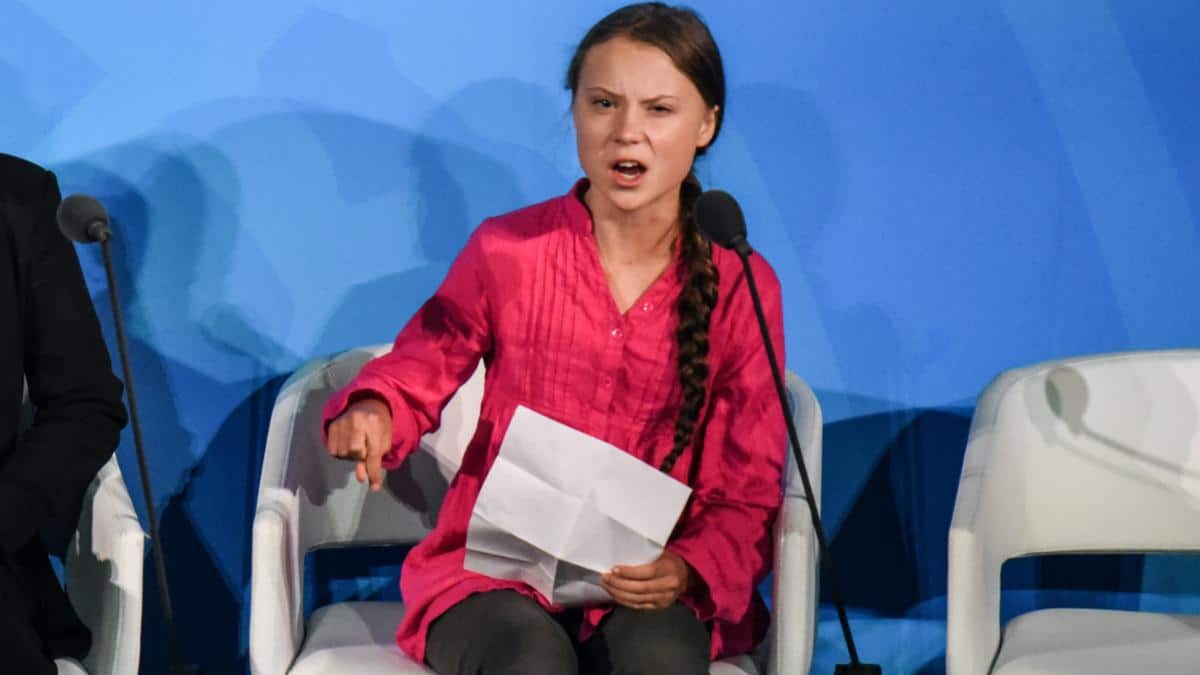 Teen climate leader Greta Thunberg on Thursday reiterated her demand that humanity end its inaction on the planetary emergency as she warned—five years after the Paris agreement was signed—the world is “speeding in the wrong direction” in terms of emission reductions.

With nothing less than a total “system change” needed, the 17-year-old Swede told viewers in a new video that she’s “inviting you to be part of the solution.”

My name is Greta Thunberg and I am inviting you to be a part of the solution.

While “a lot has happened” since the accord was finalized December 12, 2015 to limit global warming to well below 2 degrees Celsius and pursue a goal of a 1.5 degrees Celsius temperature threshold, “the action needed is still nowhere in sight,” said Thunberg.

In fact, she warned, “We are still speeding in the wrong direction.”

Thunberg denounced global leaders’ “hypothetical targets” for emissions reductions and “big speeches,” because “when it comes to the immediate action we need, we are still in a state of complete denial.”

She further stressed that the “climate and ecological crisis cannot be solved without system change. That’s no longer an opinion. That’s a fact.”

“For too long,” Thunberg continued, “we have been distancing ourselves from nature, mistreating the planet—our only home—living as if there was no tomorrow,” and are now poised to blow past the 1.5 warming threshold “within 7 years, long before we will even have a chance to deliver on our 2030 or 2050 targets.”

Despite that projection, Thunberg said that “there is hope because the people have not yet been made aware.”

“We cannot solve a crisis without treating it as a crisis. Nor can we treat something like a crisis unless we understand the emergency. So let’s make this our main priority. Let’s unite and spread awareness,” she said.

“Once we become aware, then we can act,” Thunberg continued. “Then change will come.”