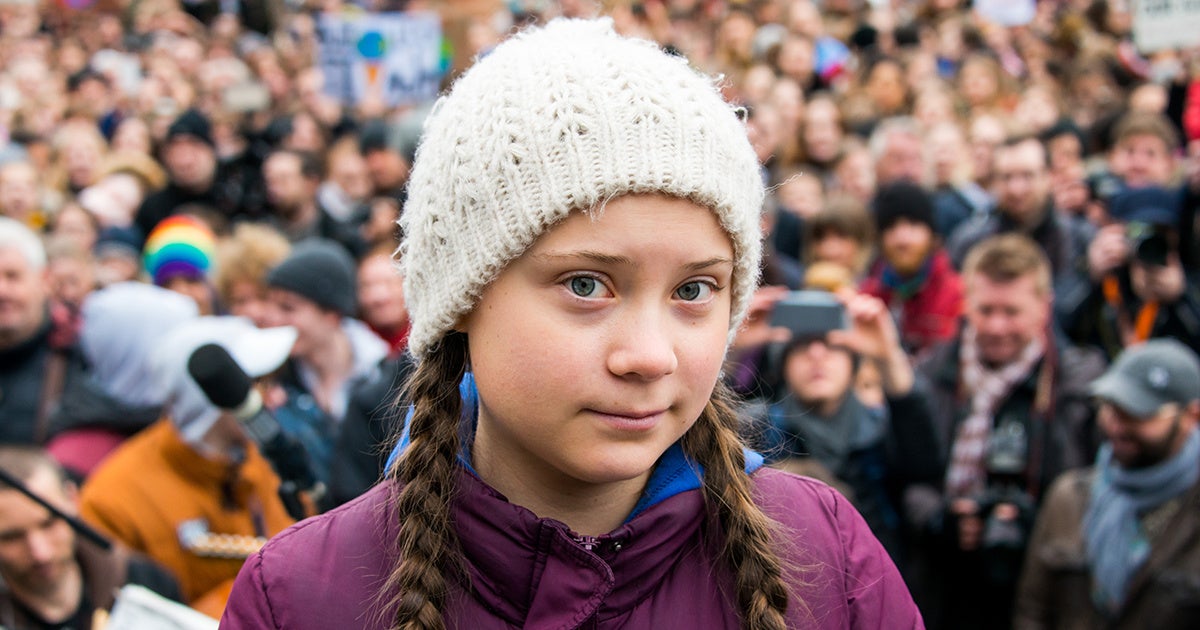 Greta Thunberg, climate activist, stands on a stage during a rally at the town hall market. Daniel Bockwoldt / Getty Images

Greta Thunberg, the Swedish teenager who jump started the climate strike movement, has been nominated for the Nobel Peace Prize. The news comes as Thunberg is helping to organize a massive global school strike March 15 that is expected to involve at least 1,659 towns or cities in 105 countries, The Guardian reported.

“We have proposed Greta Thunberg because if we do nothing to halt climate change it will be the cause of wars, conflict and refugees,” Norwegian Socialist MP Freddy André Øvstegård said, The Guardian reported. “Greta Thunberg has launched a mass movement which I see as a major contribution to peace.”

Øvstegård was one of three members of members of Norway’s Socialist Left Party to nominate Thunberg, The Associated Press reported. Peace Prize nominations can come from anyone who meets the criteria, including national government officials, former winners and some academics. Nominations for the 2019 prize were due by February 1, and the winner will be announced in October and awarded in December. There are 301 nominations for the 2019 prize, including 223 individuals and 78 groups, according to the Nobel Prize website.

If Thunberg won, the 16-year-old would be the youngest winner ever and the second after 2007 co-winners former U.S. Vice President Al Gore and the Intergovernmental Panel on Climate Change to be honored for work on climate change, New Scientist reported. The current youngest winner is Malala Yousafzai, who was awarded the prize at age 17 in 2014.

“Honoured and very grateful for this nomination,” Thunberg said in a tweet.

Honoured and very grateful for this nomination ❤️ https://t.co/axO4CAFXcz

Thunberg started a movement with a one-woman school strike in front of Swedish parliament last August. Thunberg had been part of a group inspired by the Parkland students’ movement against gun violence who wanted to do something similar around climate change. When the group could not agree on a plan, Thunberg was motivated by wildfires in Sweden’s Arctic region and a record northern European heat wave to go it alone, according to a recent profile in The Guardian.

“I painted the sign on a piece of wood and, for the flyers, wrote down some facts I thought everyone should know. And then I took my bike to the parliament and just sat there,” she said. “The first day, I sat alone from about 8.30am to 3pm – the regular schoolday. And then on the second day, people started joining me. After that, there were people there all the time.”

Her action inspired student strikes from Australia to Brussels, and earned her invitations to speak at the COP24 talks in Katowice, Poland in December 2018 and at Davos this year, where she excoriated world leaders for their lack of action.

“Our civilization is being sacrificed for the opportunity of a very small number of people to continue making enormous amounts of money,” she said at the Poland conference, as USA Today reported.

Thunberg told The Guardian that she suffered from depression when she was younger, partly because of climate change and the lack of action it seemed to inspire. It was talking to her parents about the issue and having them listen to her concerns seriously that helped her realize she could persuade others, too.

“That’s when I kind of realised I could make a difference. And how I got out of that depression was that I thought: it is just a waste of time feeling this way because I can do so much good with my life. I am trying to do that still now,” she said.

Friday’s upcoming strike is proof that Thunberg’s activism has had an impact. The Guardian said it was likely to be one of the largest environmental protests in world history.

However, Thunberg is focused on her goal of actually seeing governments take adequate climate action, and will strike every Friday outside the Swedish parliament until her country’s policies match up with the Paris agreement. She told New Scientist that she was frustrated with some of the responses the strikes had generated.

“They talk about our age, our looks and so on. The emissions are still rising and that is all that matters. Nothing has happened, that is crucial to remember,” she said.