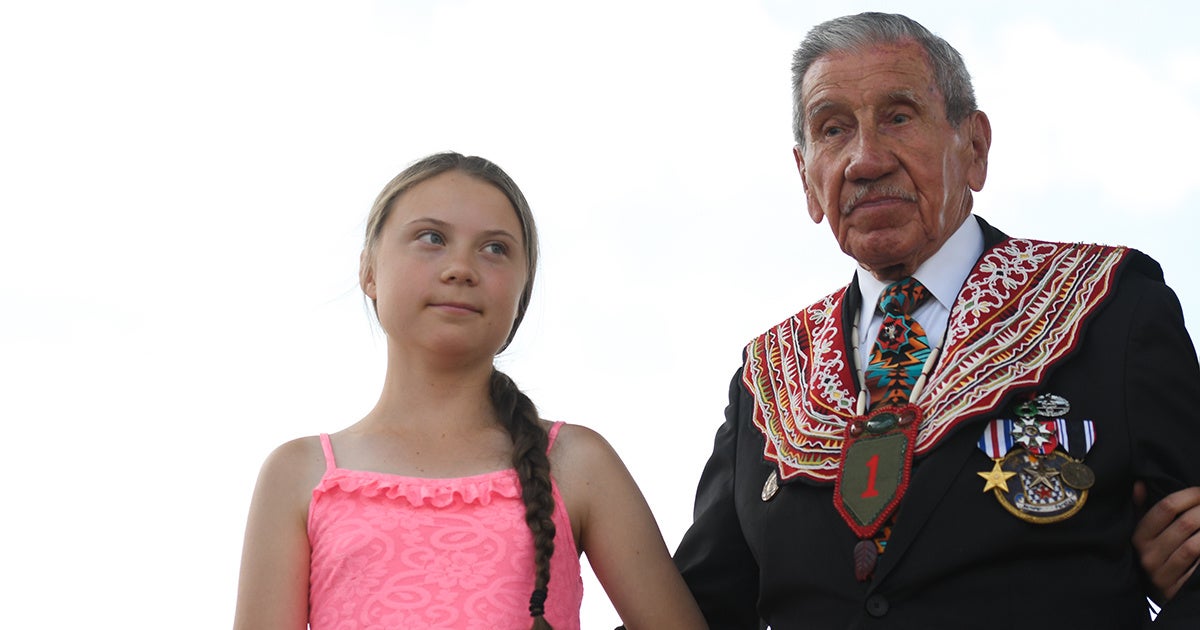 Climate activist Greta Thunberg on Sunday urged people to recognize “the link between climate and ecological emergency and mass migration, famine, and war” as she was given the first “Freedom Prize” from France’s Normandy region for her ongoing school strikes for climate and role in catalyzing the Fridays for future climate movement.

The 16-year-old received the award before a crowd of roughly 2,000 people in the city of Caen. She shared the stage with D-Day veterans and prize sponsors Léon Gautier of France et Charles Norman Shay of the U.S.

“I think the least we can do to honor them,” said Thunberg, “is to stop destroying that same world that Charles, Leon, and their friends and colleagues fought so hard to save.”

Thunberg spent the day before the award ceremony with Shay: