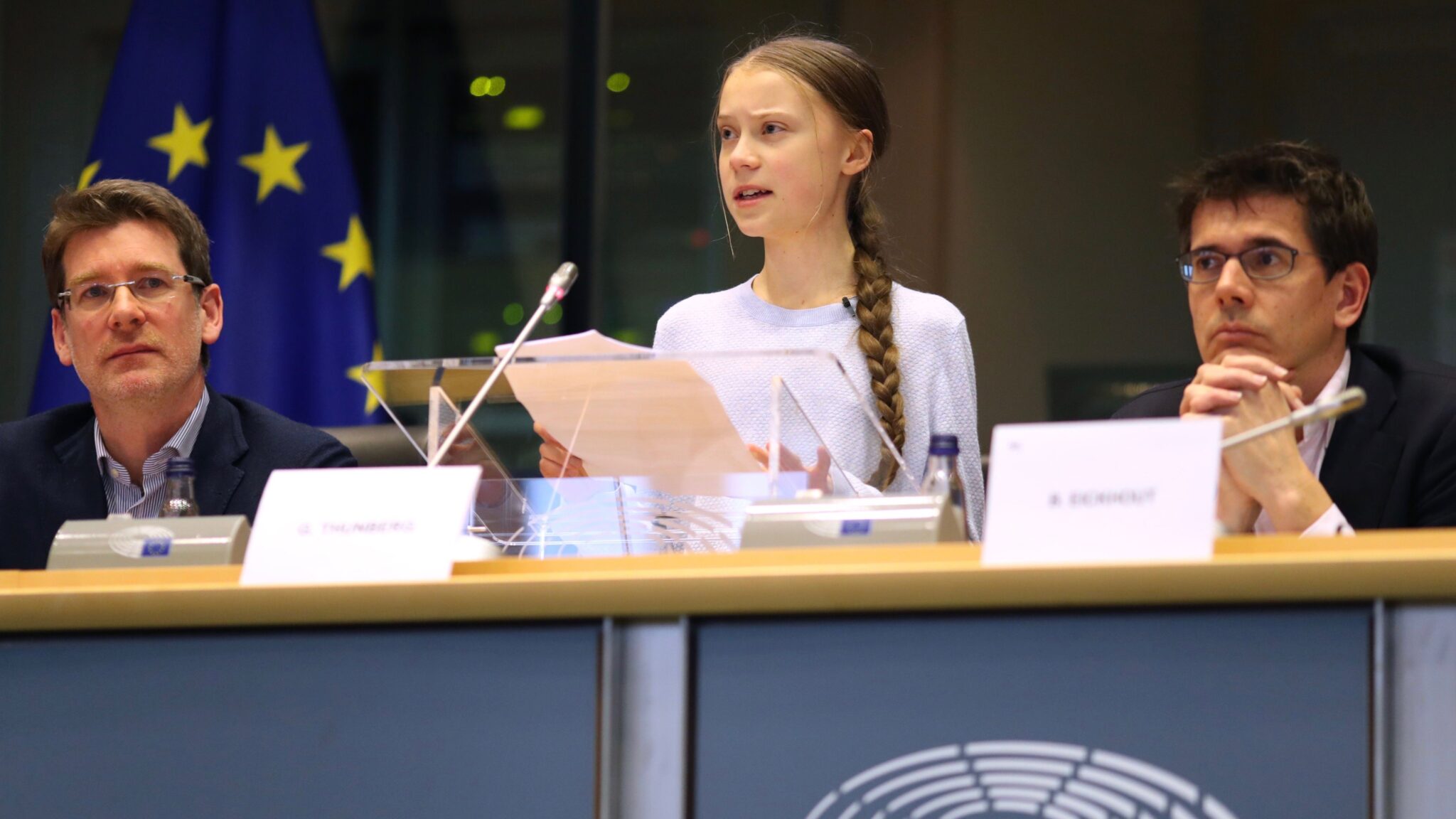 Swedish climate activist Greta Thunberg speaks a meeting at the European Parliament in Brussels on March 4, on the day the European Union unveils a landmark law to achieve "climate neutrality" by 2050. KENZO TRIBOUILLARD / AFP / Getty Images

The executive branch of the European Union announced a “climate law” Wednesday that would make it legally binding for the 27-nation group to achieve zero emissions by 2050, but activists including Greta Thunberg say it does not go far enough.

“‘Net zero emissions by 2050’ for the EU equals surrender. It means giving up,” Thunberg and 33 other youth climate activists wrote in an open letter published Tuesday and reported by Reuters. “We don’t just need goals for just 2030 or 2050. We, above all, need them for 2020 and every following month and year to come.”

“This climate law is surrender – because nature doesn’t bargain and you cannot make ”deals” with physics.
And we will not allow you to surrender on our future.”

Thunberg said the law abandoned the goals of the Paris agreement because the European Green Deal it is a part of gives the world a less than 50 percent chance of limiting greenhouse gas emissions to 1.5 degrees Celsius above pre-industrial levels, which was the Paris accord’s ideal target, BBC News reported. UN scientists have also said that limiting warming to 1.5 degrees could prevent four inches of sea level rise and keep hundreds of millions of people safe from climate crisis and poverty by 2050.

The European Green Deal also includes a €100 billion (2 billion) Just Transition Mechanism to help fossil-fuel dependent countries transition to renewable energy, a proposal to cut greenhouse gas emissions to 50 percent of 1990 levels by 2030, a plan to move towards a “circular economy” and the proposed climate law, BBC News explained. However, activists like Thunberg think benchmarks like 2030 and 2050 push action too far into the future.

“In November 2019 the European parliament declared a climate and environment emergency,” Thunberg said in a meeting with the European Parliament’s environment committee Wednesday, as The Guardian reported. “You stated that yes, the house is actually burning, this was no false alarm, but then you went back inside, finished your dinner and watched your movie and went to bed without even calling the fire department. When your house is on fire you don’t wait a few more years to start putting it out, and yet this is what the commission are proposing today.” 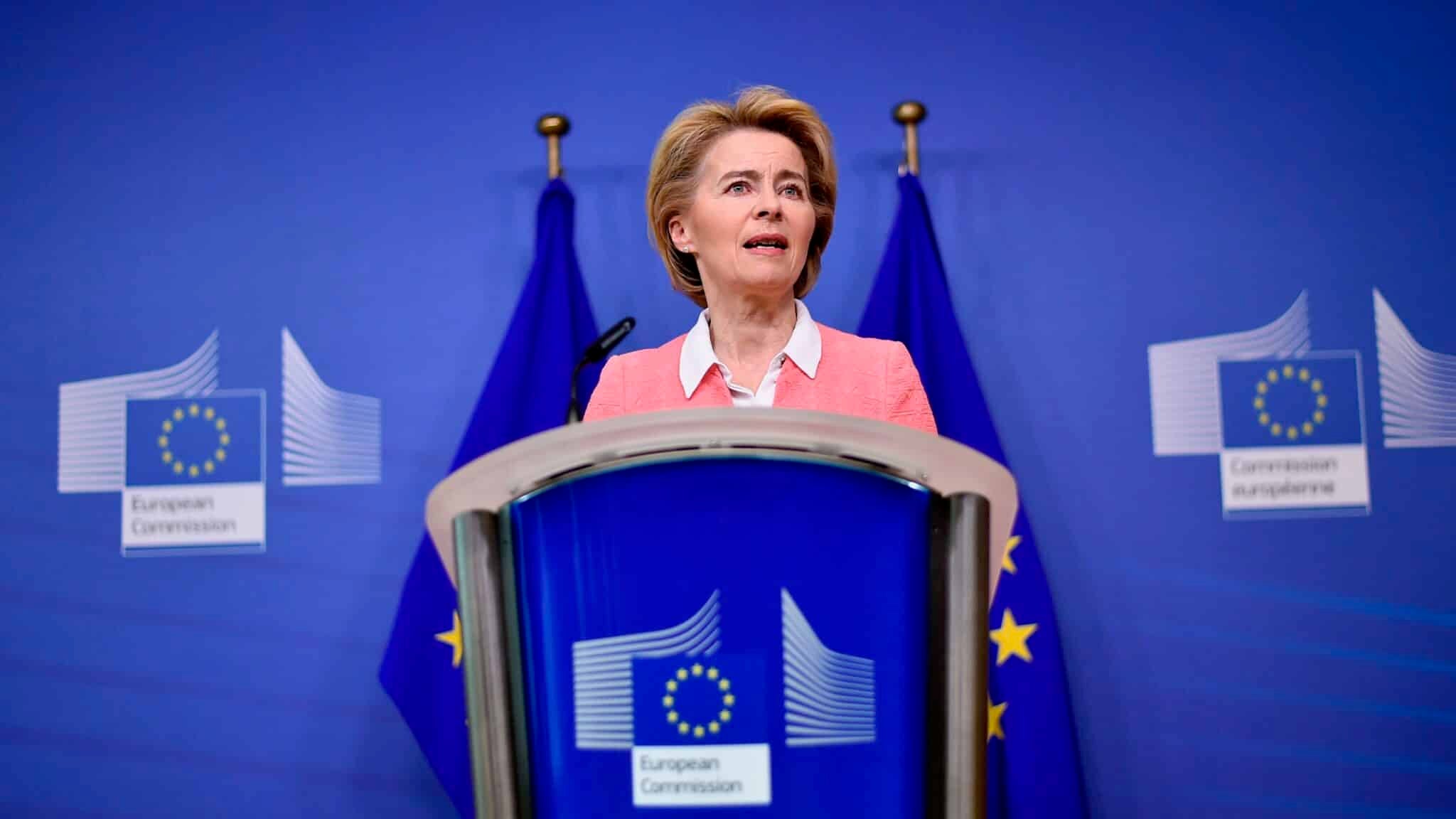 “We are acting today to make the EU the world’s first climate neutral continent by 2050. The Climate Law is the legal translation of our political commitment, and sets us irreversibly on the path to a more sustainable future,” she said, according to a commission press release.

We are acting today to make the EU the world’s first climate-neutral economic bloc by 2050.
The Climate Law is the legal translation of our political commitment.
More here → https://t.co/fua1PPEaY2 #EUGreenDeal pic.twitter.com/M0YGVtjkR8

European Commission Vice President Frans Timmermans, meanwhile, argued that the law was important to keep the climate crisis on the agenda as Europe confronted other emergencies like the coronavirus.

“Even if the Eye of Sauron is on something else for a bit, the trajectory to 2050 will be clear,” he said, according to The Guardian. “Because we discipline ourselves with the climate law.”

The law would also require an impact statement for setting new 2030 targets and, beginning in 2023, introduce five year assessments to track the EU’s progress towards meeting its goals, Salon explained.

The climate law will have to be approved both by the European Parliament and the EU member states, according to Reuters. The 2050 goal would be EU-wide, meaning that some countries could meet it later if others achieved carbon neutrality before 2050.