Greenwashing the Carbon Costs of Fracking and Coal Exports 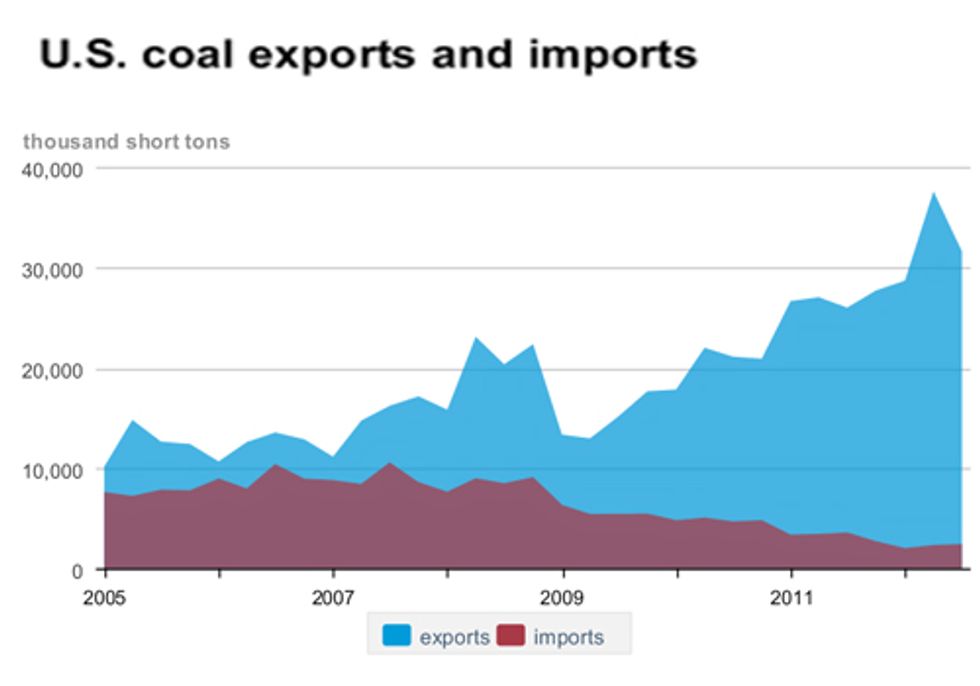 In recent months fracking has received attention as an apparent means through which the UK could reduce carbon emissions in an effort to combat climate change. Terry Hathaway takes issue with these claims, arguing that they rest on a highly select focus on the available data, with the U.S. being far from the exemplar that advocates of fracking have made it out to be.

Hydraulic fracturing is a way of producing natural gas that is trapped in underground shale formations. It has been accused of having a much higher carbon cost than conventional methods of gas extraction, causing earthquakes and contaminating local water tables. Opposition to fracking has grown as these claims have received high profile coverage. In fact, Promised Land, a movie about the impact of fracking on local U.S. farming communities, is coming out in the UK soon.

Yet recent media reports have sought to paint shale gas as one of the main ways in which the U.S. has, and the UK could, reduce their carbon emissions in an effort to combat climate change. The New York Times, for instance, ran with a headline of "Shale Gas to the Climate Rescue." Likewise, a Guardian Comment Is Free blog post called fracking “the monster we greens must embrace.” It is an argument that is catching on, with Poland claiming that its desire to exploit its shale deposits is part of a climate strategy.

The main supporting evidence in the fracking-as-green argument has been figures released by the Energy Information Administration and International Energy Administration. These figures show natural gas having displaced coal in the U.S. electricity generation market. The argument goes that the shale gas boom reduced the price of natural gas by 25 percent, which meant that cheaper natural gas displaced coal in U.S. energy generation thereby decreasing the emissions caused in the production of electricity.

This part of the story is true, but it is highly selective in its focus. In actual fact, it is nothing more than poor carbon accounting that allows this argument to be made. What is missing from the story is that losing their position in the U.S. market has not led U.S. coal producers to significantly reduce the production of coal. Instead of being used in America, exports of coal have boomed and other countries—most notably the UK—are now gobbling up the excess American coal, as the graph below shows.

While Europe has been a big market for American coal so far, developing countries are being incentivized by the reduced price of U.S. coal to use more of it. In fact, India, with its 1.25 billion people, is a rapidly growing market for coal. So, while shale gas may have improved the U.S. record on CO2 emissions, it has worsened the record elsewhere and has the potential to worsen it further.

Additionally, by focusing only on CO2 emissions in the production of electricity the carbon cost of fracking—the production of shale gas—is missed. Instead, the carbon accounting displayed in this argument is just a basic comparison of the CO2 produced when natural gas or coal combusts. In the comparison natural gas obviously wins, but fracked natural gas may not. That, of course, is also not even saying anything about earthquakes and water contamination, which clearly shouldn’t be excluded from an environmental debate.

The two oversights in the fracking argument allow shale gas to be painted green, when in reality it is anything but. Similar attempts have been made to paint the Canadian tar sands green, by the Canadian government no less. These are arguments that must be exposed for what they are: greenwashing. It seems obvious to say so, but the world’s production of carbon will not be reduced through the greater use of fossil fuels, nor will it be reduced through policies that focus only on local emissions and omit the impact of the policy on global emissions.

Terry Hathaway is a doctoral researcher in the Department of Politics and International Studies at the University of Leeds. His thesis is an investigation of the role of business in US oil-dependency policy making. Follow Hathaway at @Terry_Hathaway.

Note: This article gives the views of the author, and not the position of the British Politics and Policy blog, nor of the London School of Economics.