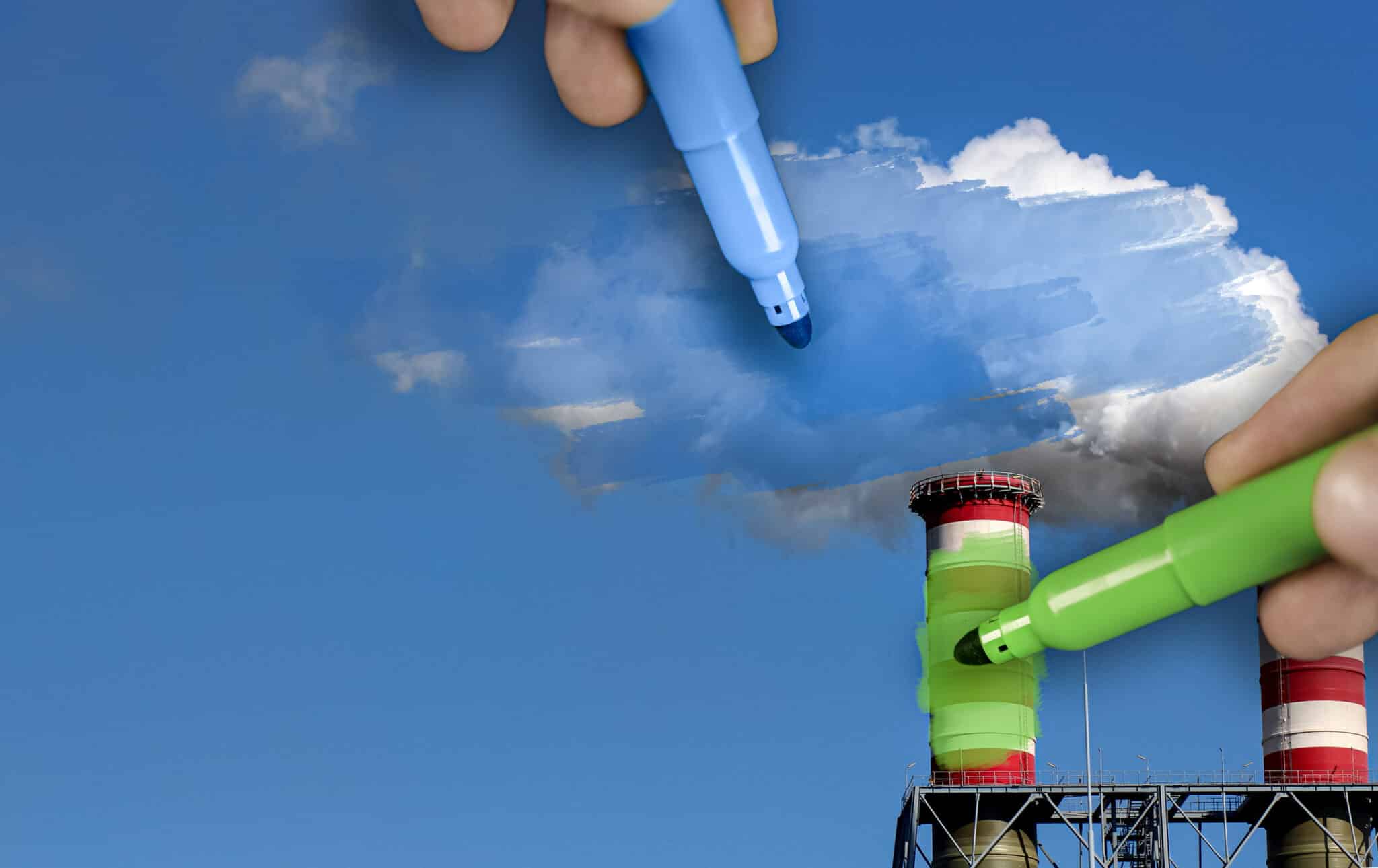 The energy industry has come a long way in recent years, backed by breakneck efforts to cut carbon emissions in the energy sector. As awareness surrounding the economic benefits of solar and similar renewables continues to spread, entrepreneurs and business owners alike are looking to take advantage of the enormous emerging financial opportunity that the transition to a clean energy economy presents.

This opportunity is a double-edged sword. Though solar, wind, hydropower and other renewable sources of energy are a huge step in the right direction, significant challenges remain in transitioning to a truly sustainable energy economy.

Mainly, efforts by energy companies to gain a competitive edge in a developing market can lead to greenwashing, which is the process of conveying false or misleading information about the sustainability of a product or service.

In energy, specifically, greenwashing can sometimes take the form of:

Before we jump into the negatives of greenwashing in the energy sector, let’s be clear that, among renewables, solar technology will be a keystone in the net-zero carbon economy. Challenges do remain in transitioning to a clean energy economy, and by writing this article, we hope to encourage transparency behind energy generation. Here are a few of our favorite (accurate) figures that reflect the true sustainability of solar.

Greenwashing is a term used to describe marketing schemes that make a product or service seem much more sustainable than it is in reality. In most cases, greenwashing is used to convince the public that a company has a positive ethical or environmental impact in order to appeal to human sensibilities. Greenwashing has become so normal that, often, companies will spend more money on marketing the sustainability of their products than making actual changes to their business.

Companies use greenwashing in a handful of ways:

Want a more extreme example? Check out this egregious advertisement by the Energy Market Authority to bolster the “family-friendly” nature of natural gas.

As we transition away from a fossil-fuel economy, we’ll continue to see a steady stream of green energy products, plans and services entering the marketplace. Again, we’re moving in the right direction, but there can still be some misleading messaging surrounding the true sustainability of companies advertising their use of solar panels and similar renewable energy technologies. Although some cases may not be malicious, misleading messaging can ultimately hurt the reputation of renewable energy.

So what are some of the common messages in the energy industry that are misleading?

In the U.S., many homes with solar panels can earn an REC for each megawatt-hour of clean electricity they generate. These credits can then be sold to traditional energy companies through an REC marketplace. In theory, RECs incentivize everyday citizens to make the switch to solar. But they also allow energy providers to buy their way out of actually generating renewable electricity.

Here’s an example: Reliant Energy, an electric company in Texas, offers an energy plan that is advertised as “100% Solar.” Its Electricity Facts Label labels the plan as 100% renewable but offers no further information. On its website, Reliant shows the following:

Let’s take a closer look at the phrasing, “100% of your electricity usage will be matched with solar renewable energy certificates (RECs).”

Although RECs are indeed another step in the right direction, more effort is needed to enhance the transparency of where this energy is actually coming from.

Let’s clarify for the record here that Reliant has made great strides to decarbonize the energy sector, and is by no means the only company using a tactic to market itself as offering 100% renewable plans. However, it’s a fantastic example of a company that finds legal avenues to market itself as a supporter of 100% renewable energy without having to make significant changes to the way it sources its electricity.

Along the same lines, titan energy companies can funnel millions into their marketing schemes, advertising commitments to sustainability without taking any tangible steps toward making changes. What does this look like, exactly? Take Shell Company as an example:

In addition to its oil and gas extraction, Shell also operates as a residential electricity provider. As if on queue, when you visit Shell’s website, you’ll see its climate target front and center over a backdrop of green, rolling hills and wind turbines. The use of the word “target,” rather than “commitment” or “action” is extremely intentional here.

Let’s put all this into perspective by looking at Shell’s most recent investment report (Q4 of 2021). Here’s a screenshot:

There are a few things to note here:

Does this seem in line with climate targets to you?

“A World Powered by Solar Energy…”

As far as solar companies go, we see a lot of far-fetched mission and vision statements. Sunrun, for example: could have a more realistic mission than to “create a planet run by the sun.”6 To its credit, it does use the word “audacious” to describe this goal elsewhere on its website, but we might instead use the words “entirely unrealistic.”

Although solar energy has the potential to power huge areas of the world, it’s extremely misleading to suggest that solar might ever be its sole source of power.

One of the biggest benefits of renewable energy is the ability to work within local ecosystems to cut down on the costs of transmitting and distributing electricity via pipelines and towers across state lines. The reality is that, in certain parts of the world with other prevalent renewable resources, solar may never take hold as a primary source of energy.

Let’s take the state of Washington for example. It ranks 27th in the U.S. for solar, but Washington currently generates over 27% of the nation’s hydroelectric power thanks to the Columbia River and the state’s heavy precipitation.7, 8 Now hydroelectric power does have its own issues to address, but we don’t see the role of it declining in a state with water resources that abundant.

We won’t even get into the concept of resource scarcity with solar — silicon, copper, aluminum and other raw materials that make up solar panels are not limitless — or the fact that solar panel recycling has a long way to go.

Counteracting Greenwashing in the Energy Industry

So, how do we counteract greenwashing in the energy industry? To begin, we need to improve the quality and transparency of environmental data and disclosures. By increasing the standardization of sustainability requirements and transparency through environmental, social and governance (ESG) reporting, companies will have no choice but to reveal the true impacts of their operations or face pressure from increasing legislation and consumer scrutiny.

Though it will be a long road to a truly sustainable energy economy, transparency helps highlight the most pressing challenges that need addressing, rather than distracting from them. Here are a few examples of reports from energy companies leading the way to improve sustainability: