Greenpeace Urges LEGO to End Shell Partnership and Save the Arctic 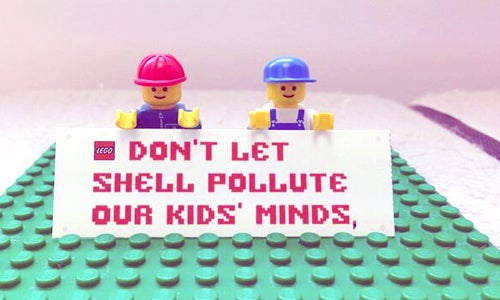 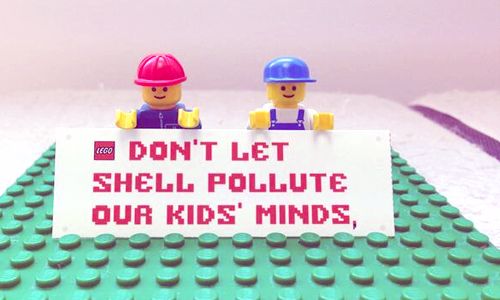 “Climate change is an enormous threat facing all children around the world, but Shell is trying to hijack the magic of LEGO to hide its role.” Photo credit: Save the Arctic

In a new report, Greenpeace urges LEGO, the world’s biggest toy company, to stop making toys with oil giant Shell’s branding, since Shell has dangerous plans to drill for oil in the Arctic threatening the unique wildlife that depends on it and impacting climate.

“Children love the Arctic and its unique wildlife like polar bears, narwhals and walruses that are completely dependent on the Arctic sea ice,” said Ian Duff, Arctic campaigner at Greenpeace. “It’s a fragile environment and an oil spill would be devastating. And of course the only reason Shell can even reach the oil is because global warming is melting the ice.”

Shell’s Arctic program has faced fierce criticism since 2012. In that same period 16 million Shell-branded LEGO sets were sold or given away at petrol stations in 26 countries, making Shell a major contributor to LEGO’s global sales, accounting for a 7.5 percent worldwide sales uplift during the promotion. The two-year deal was valued at $116 million, according to Shell’s PR company.