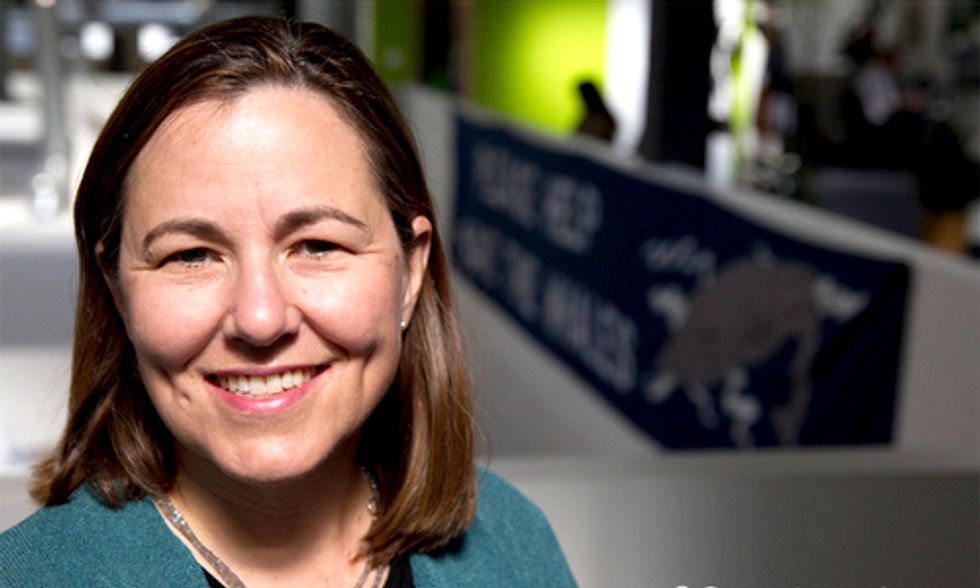 Environmental consciousness is mobilizing more than ever these days, and Annie Leonard is ready to step to the forefront.

Greenpeace USA announced Leonard as its new executive director Tuesday afternoon. She will begin her duties in August, but it's obvious that her excitement is already bubbling.

“While the environmental challenges before us are daunting, I have never felt more optimistic about the collective effort to create a more sustainable world,” she said. “There is a new environmental movement in this country that is growing stronger and more diverse every day, and I am honored to return to Greenpeace to help that movement grow even stronger.”

The announcement marks a homecoming of sorts—Leonard began her career at Greenpeace International in 1988. Since then, she has become known for her groundbreaking 2007 video, The Story of Stuff. That examination of the environmental and social impacts of big-box stores, chemicals and more led to a 2010 bestseller of the same name the launch of a nonprofit organization, named The Story of Stuff Project.

Leonard is a member of the boards of the Global Alliance for Incinerator Alternatives and Public Citizen. She is not afraid to stand on the front lines. While at Greenpeace, she was arrested for protesting a business that had been exporting hazardous waste to South Africa under apartheid, and dumping it in a Black community.

Greenpeace looks forward to Leonard's leadership, which is sure to include a unique approach to inspiring people to join the fight against climate change, the journey to zero deforestation and protection of our threatened oceans.

“Annie brings a powerful set of skills and talents to a rapidly changing media and online environment,” said Karen Topakian, chair of Greenpeace Inc.'s board. “Her stories explain the broken systems at the root of our environmental crises in simple ways that inspire all of us to work together to create a fairer, more sustainable world.

"She also brings with her powerful personal experience with direct action, a cornerstone of Greenpeace’s mission and identity.”

Greenpeace announced in January that Phil Radford was stepping down from his executive director post after five years as its leader and 10 altogether with the organization. He first told Greenpeace of his plans to leave in September 2013.

The Story of Solutions: Changing the Game in Favor of a Sustainable Economy