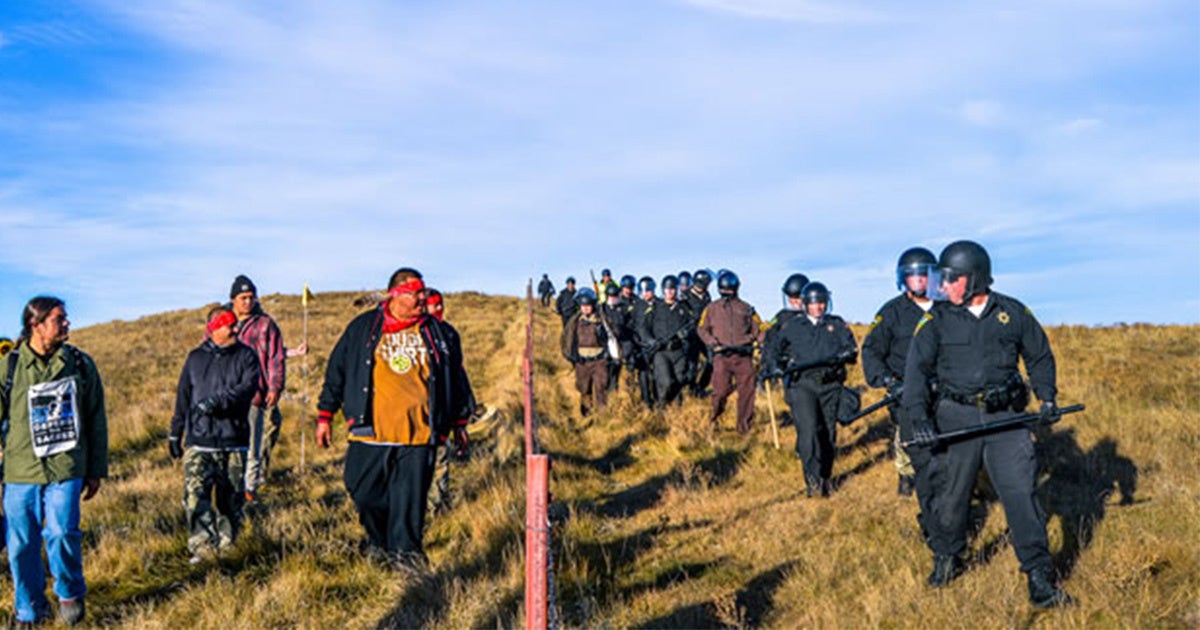 In the past days we have seen new desperate attempts by corporate bullies to criminalize protests and spark unfounded fear of community protectors. Greenpeace is committed to standing up not only for our planet but for everyone’s right to speak out and peacefully protest. If we don’t all stand together against this intimidation, we might be facing a truly dystopian future.

On Tuesday, members of Congress called for individuals and environmental activists protesting pipelines to be prosecuted as terrorists. Today, the fossil fuel echo chamber is repeating both the call for prosecution and the false allegations. Energy Transfer Partners and its cronies in the Trump administration are trying to rewrite the history of Standing Rock in real time. This is shameful.

Washington, DC special interest groups like Energy Builders are just as eager as their Congressional allies to silence dissent however they can. This database is especially absurd in light of the fact that Standing Rock camp security identified infiltrators who were gathering information to inflate security threats at the time of the protests, information later confirmed by internal documents of TigerSwan, the paramilitary contractor, and personal accounts of former TigerSwan personnel.

Greenpeace campaigns for a green and peaceful planet and for the right of free people to speak without fear. This is more fear-mongering by a corporate bully hoping to see what it can get away with in Trump’s America. These pipelines threaten human and sovereign rights, compromise drinking water that millions of people rely on, potentially contaminate people’s land and livelihoods, and create more climate-charged superstorms affecting vulnerable communities around the world.