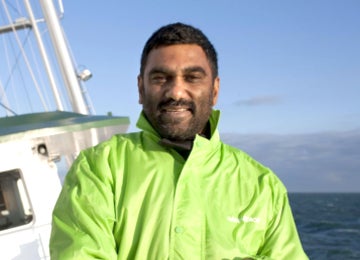 Greenpeace International executive director Kumi Naidoo has written to President Vladimir Putin offering to travel to Moscow as early as possible to meet with the Russian President, in an effort to end the continued incarceration of 28 peaceful activists and two freelance journalists.

In the letter, delivered today to the Russian embassy in The Hague, Netherlands, Naidoo offers to move his life to Russia and act as a guarantor for the good conduct of the activists if they are released on bail. 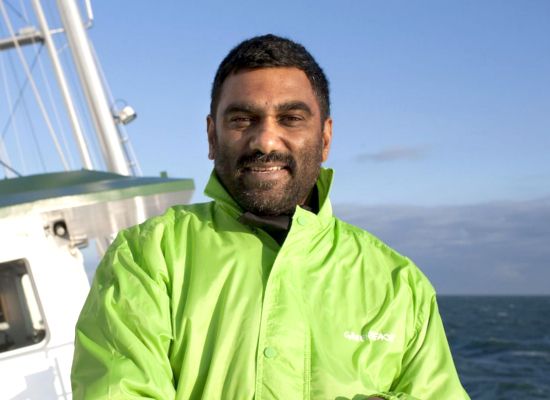 President Putin suggested he was open to dialogue with Greenpeace when he spoke at the recent International Arctic Forum conference in the Russian city of Salekhard. At the meeting President Putin said: “It would have been much better if representatives of this organization were present in this room and would express their opinion on the issues we are discussing, expressed their complaints or demands, rendered their concerns, nobody would ignore that.”

The letter reads as follows:

Following the refusal yesterday of bail for our activists and a freelance photographer, and in response to your offer in Salekhard to engage in discussion over the fate of the Arctic, I request an urgent meeting with you.

I would of course be willing to meet you anywhere in the world, in a place of your choosing, but I ask that if possible our meeting is held at your earliest convenience in Russia.

Unlike the world leaders with whom you are more used to convening, I would not carry with me the power and influence of a government. Instead I would come equipped only as the representative of millions of people around the world, many of them Russian, whose fervent wish is to see an early end to the continued imprisonment of the thirty brave and peaceful men and women held in Murmansk.

Their fate is a matter of global concern. Therefore, I would come to you with an offer. I am willing to move my life to Russia for the duration of this affair. I would offer myself as a guarantor for the good conduct of the Greenpeace activists, were they to be released on bail. They, we, Greenpeace, do not believe ourselves to be above the law. We are willing to face the consequences of what we did, as long as those consequences are within a nation’s criminal code as any reasonable person understands that code to be.

It is clear from your own statements that you do not regard the activists as pirates, although that is the charge levelled against them. You, in common with millions around the world, know that in being accused of piracy they are charged with a crime that did not happen, that our activists are accused of an imaginary offence. Indeed, you have previously said that you have admiration for groups like Greenpeace, and that our protests inspire sympathy in you. Were our friends to be released on bail, I offer myself as security against the promise that the twenty-eight  Greenpeace International activists will answer for their peaceful protest according to the criminal code of Russia.

The law, as we both know, does not apply the offence of piracy to the actions of peaceful protesters. I therefore ask you to use any avenues of action open to you as President of the Russian Federation to request that the excessive charges of piracy against the detainees are dropped, and that any charges brought are consistent with international and Russian law. I also respectfully ask that the two independent freelancers, who are not Greenpeace members, be immediately freed.

One day after the arrest of the activists, the United Nations issued its latest warning on the threat posed to all of us, to your nation, to mine, to the world, by climate change. The findings of the report, authored by our greatest scientific minds, imply that we cannot afford to prospect for and burn new sources of fossil fuels. That is why the protesters felt compelled to make the stand they did, a stand that was both peaceful and respectful of your nation.

My own personal history as a young activist in the anti-apartheid movement has taught me that dialogue is paramount, that in the interests of finding a common understanding we must be willing to talk. I believe that my offer to come to Moscow, to meet you and to stay there, affords us such an opportunity. This continued affair benefits nobody, including the great nation of Russia, and certainly not the families and friends of the people in prison.

I appreciate the risk that my coming to Russia entails. Last year I was part of a peaceful protest that was identical in almost every respect to the one carried out by my colleagues. Our peaceful protest last year was witnessed by the Russian coast guard, who refused to intervene when requested to by Gazprom because they understood that our actions posed no threat to the safety of people or property. But one year later the activists who did exactly the same thing now face a charge of piracy and the prospect of years in jail. In coming to Russia, I do not expect to share their fate, but it is a risk I am willing to take in order to find with you that common understanding.

How Putin’s War and Small Islands Are Accelerating the Global Shift to Clean Energy, and What to Watch for in 2023