Greenpeace Creates the Roadmap to Save the Arctic from Drilling 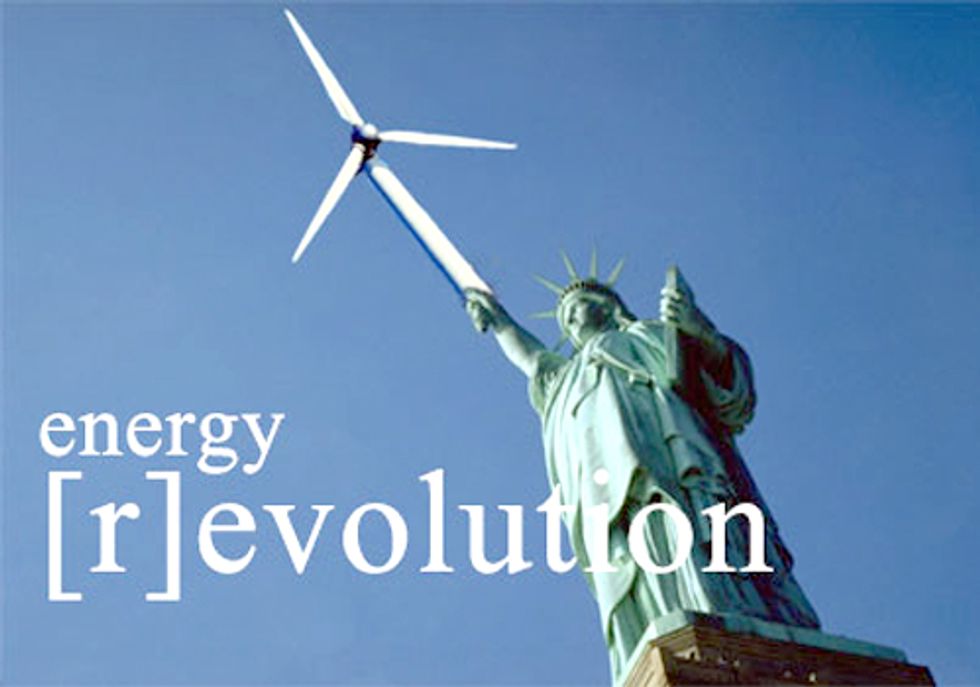 A major expansion of renewable energy and more energy efficient vehicles can end the world’s dependence on fossil fuels and save the fragile Arctic from the destruction of oil exploration, according to a new comprehensive energy roadmap launched today by Greenpeace, the European Renewable Energy Council (EREC) and the Global Wind Energy Council (GWEC).

The report, Energy [R]evolution: A Sustainable World Energy Outlook, includes a detailed, practical roadmap for reducing oil demand by around 80 percent, especially for the transportation sector. The Energy [R]evolution demonstrates there would be no need to exploit the Arctic and other marginal sources of oil, such as the tar sands in Canada, and offshore oil in Brazil, if more renewable energy powered our vehicles and if much stronger efficiency standards for cars were adopted in Europe and elsewhere.

“The way to reduce oil demand and end the threat of drilling in the fragile Arctic ecosystem along with eliminating demand to exploit other marginal oil sources is to make cars far more energy efficient and to make more use of electric transport systems powered by renewable energy,” said Sven Teske, Greenpeace International’s senior energy expert and co-author of the report. “The renewable power industry is improving rapidly, but the car industry is dragging its feet on offering the required new technologies.”

Under the new energy scenario, renewable energy technologies would provide more than 90 percent of global electricity and heating, and more than 70 percent of transportation. This transformation would maintain economic growth and ensure overall lower energy costs; carbon emissions would be drastically cut to avert catastrophic climate change and millions of jobs would be created. To ensure that the Arctic and other unconventional sources of oil are not exploited, policy makers must:

The transition to using electric vehicles, in both private vehicles and in an expanded public transport service, is key to reducing oil dependence and to implementing more energy efficiency. Increasingly, much of the world’s transport energy must come from renewable electricity—mainly from wind and solar power plants.

“We have the technology to eliminate fossil fuels from the electricity sector by 2050,” said Steve Sawyer, secretary general of the Global Wind Energy Council. “The Energy [R]evolution scenario shows that with the right support, wind power generation alone could reach over 1,000 GW by 2020—about 12 percent of the world’s electricity. This would yield many benefits, such as enhancing energy security and would be a key in helping mitigate climate change. But, in order for wind to reach its full potential, governments need to act: on climate change, on air pollution and to stop subsidizing the fossil fuel industry.”

The level of global investment in new power plants up to 2050 to implement the Energy [R]evolution would be US$1.2 trillion a year, about 1 percent of the world's annual GDP. Although this is double the US$506 billion in investments needed under the existing fossil fuel scenario, relying on renewable energy would in future result in US$1.3 trillion in fuel cost savings per year. These savings would more than offset the investment required to make the shift to renewable energy.

“The message is clear: higher upfront investment needs will pay-off in the long run both in economic terms and for society at large,“ said Josche Muth, secretary general of the European Renewable Energy Council (EREC). “The world’s politicians must commit to making the shift to renewable energy and ensure they provide ongoing support to facilitate the shift.”

Under the new Energy [R]evolution scenario, global CO2 emissions would drop, after peaking in 2015, the year international climate scientists say is crucial. By 2050, CO2 emissions would be more than 80 percent lower than in 1990, if the energy supply is based almost entirely on renewable energies.