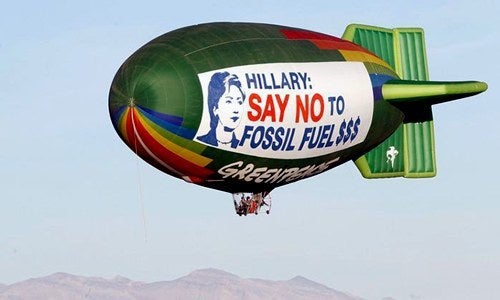 Whether on Twitter or on the rope line at a campaign event, people are using any means necessary to ask Hillary Clinton to stop taking money from the fossil fuel industry. This week, Greenpeace tried a new method—flying a banner attached to a thermal airship launched 1,000 feet into the Las Vegas skies days before the Nevada caucus. 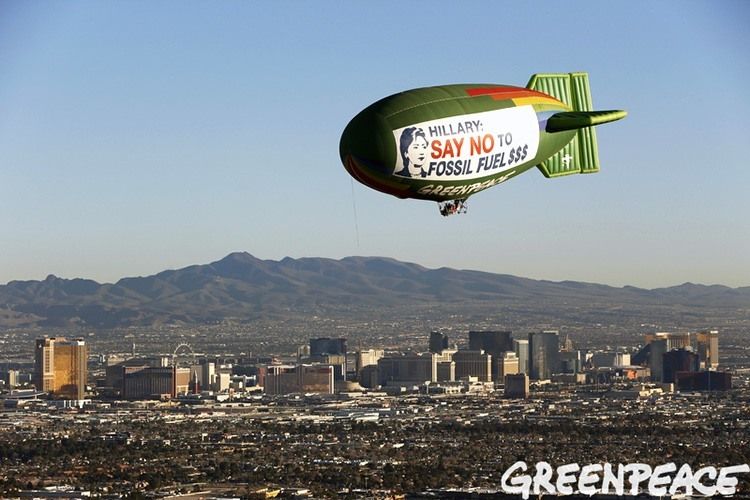 The Greenpeace A.E. Bates thermal airship flies over Las Vegas, Nevada Feb. 16, 2016 urging Hillary Clinton to reject fossil fuel money. The airship carried two messages, one for all candidates and local politicians which reads “Don’t Gamble With Our Democracy” and a second message to Secretary Clinton urging her to “Say No To Fossil Fuel Money”. Photo credit: Steve Marcus / Greenpeace.

Last month, Greenpeace and more than 20 partners launched a pledge asking all candidates to commit to fixing democracy by rejecting campaign contributions from fossil fuel companies and protecting voting rights. After outreach to all the presidential campaigns, Sen. Sanders is still the only Democratic candidate to sign the pledge. No Republican candidates have signed it.

Secretary Clinton responded to Greenpeace’s request last week committing to initiate a process that would reverse the effect of the Citizens United decision and restore the full protections of the Voting Rights Act. However, the statement did not include a commitment to reject fossil fuel money. Secretary Clinton will attend a fundraiser tomorrow afternoon in Las Vegas and we’ll be there too asking her to say no to fossil fuel money.

Tell all the presidential candidates to say no to fossil fuel money and protect voting rights—two big steps on the way to fixing our democracy! 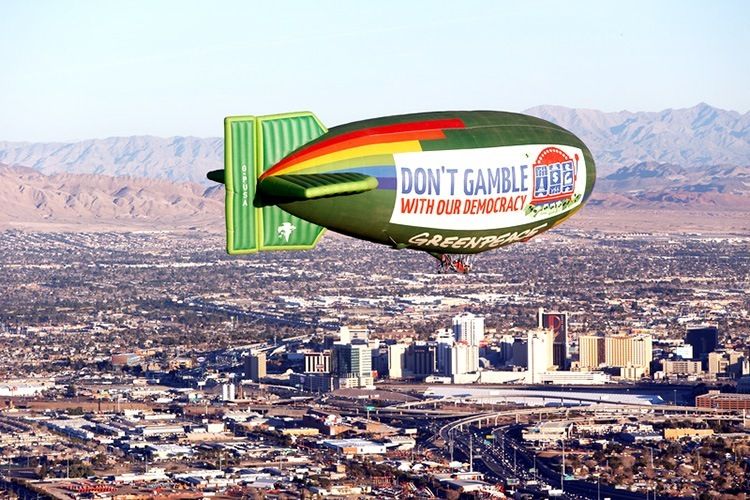 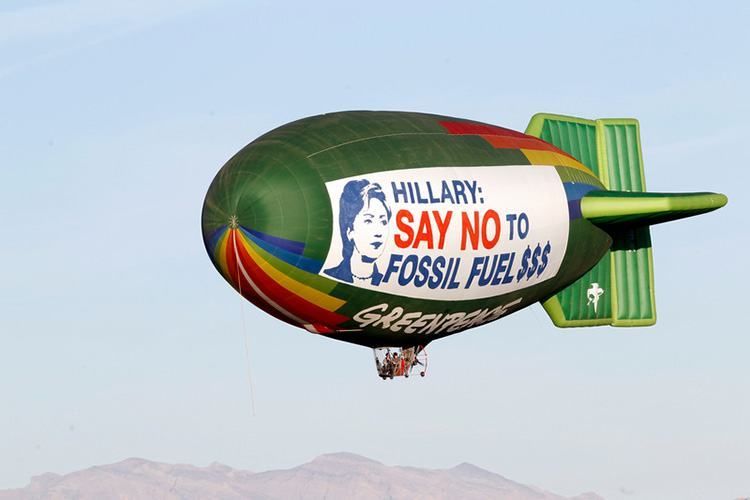 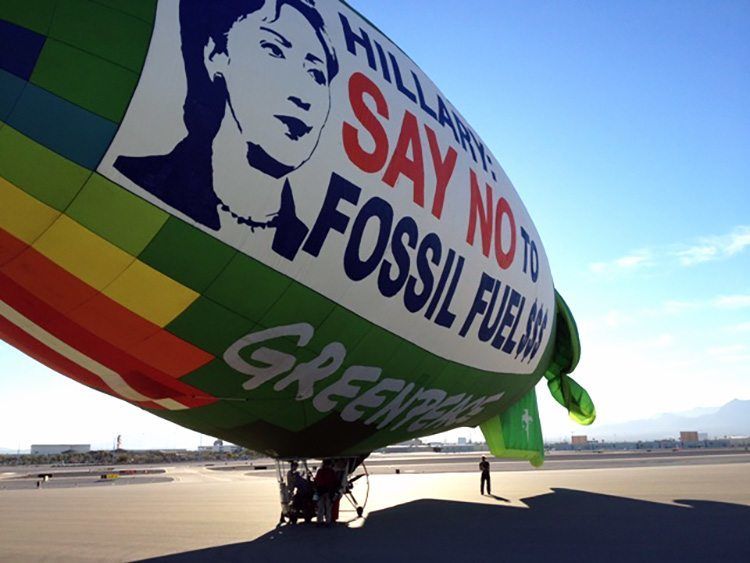