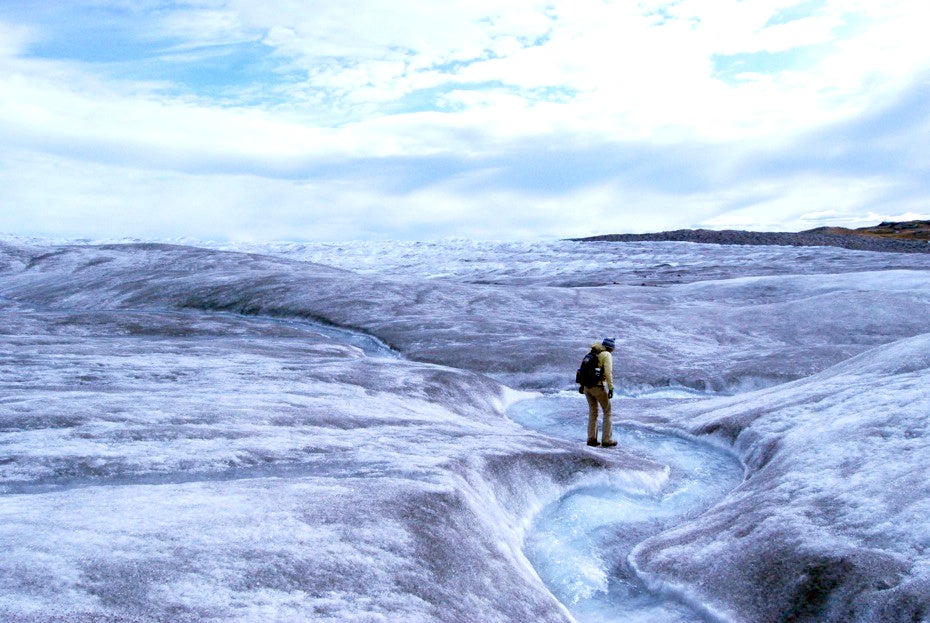 As the ice melts, it gives way to water, which is darker and absorbs far more sunlight, causing more ice to melt in a vicious cycling.

Even worse is the proliferation of dark colored algae, which warm weather has allowed to flourish.

In general, the white color of snow reflects nearly 90 percent of the sun’s radiation, but the dark colored algae reflects only around 35 percent, and sometimes drops to a dangerous 1 percent in the darkest colored spots.

At the current rate of melting, the ice sheet adds 1 millimeter a year to the global average sea level. Using these numbers, the UN Climate Change panel reported in 2013 that, worst case scenario, Greenland’s melting ice sheets would raise water levels 98 centimeters, or 3.2 feet, by the end of the century.

And now, it seems, that assessment is too modest.

Over the last 20 years, Greenland has been losing more ice than it gains each winter.

Glaciologist Dr. Andrew Tedstone told BBC that the algae has not even reached maximum darkness, and melting will get worse.

According to Dr. Joe Cook, a glacial microbiologist at Sheffield University, it would not even take the whole ice sheet melting to dangerously raise sea levels. 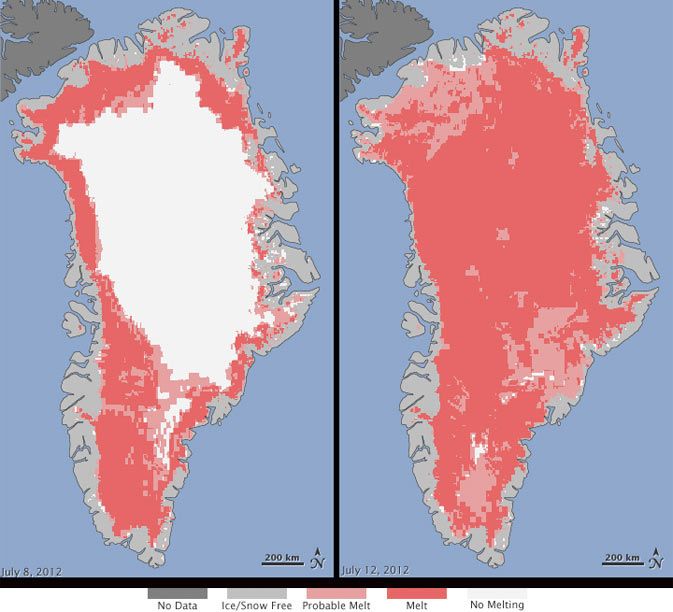 “When we say the ice sheet is melting faster, no one saying it’s all going to melt in next decade or the next 100 years or even the next 1,000 years but it doesn’t all have to melt for more people to be in danger,” he said. “Only a small amount has to melt to threaten millions in coastal communities around world.”

However, if the whole ice sheet does melt, sea levels across the world would rise by more than 20 feet.

The UK-based research project, Black and Bloom, is investigating different species of algae and their spread, hoping to limit their impact in Greenland.

But while Black and Bloom is working to combat algae and dark spots, yet another environmental factor is contributing to increased rates of melting.

Stefan Hofer, a PhD student at Bristol, found that decreased cloud cover over the area has caused two-thirds of recent melting.

After analysis satellite imagery, Hofer published a report arguing that over the last 20 years, cloud cover over Greenland has decreased by 15 percent in the summer months.

Lack of cloud cover increases surface temperature on the ice and may foster the growth of more dark algae, both of which accelerate the ice sheet’s melting. 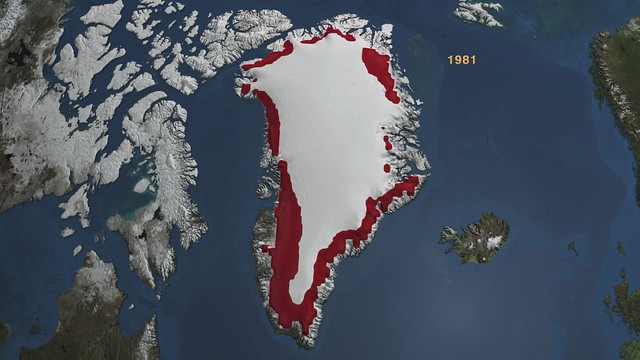 In two years, Black and Bloom, plans to release new figures on sea levels rising based on their research at the Greenland ice sheet.

Greenland is not the only ice sheet at risk of climate change.

Earlier this summer, a trillion-ton iceberg the size of Delaware broke off from Antarctica. The iceberg was part of larger ice shelf that, should if collapse, will raise sea levels substantially. Temperatures in Antarctica have been increasing at a faster rate than the rest of the world, weakening ice throughout the region.

Even the glaciers in Montana’s Glacier National Park are fading away. Over the last 50 years, 39 of the park’s glaciers have melted by 85 percent. In the 19th century, the park was home to 150 glaciers, but today only 26 remain