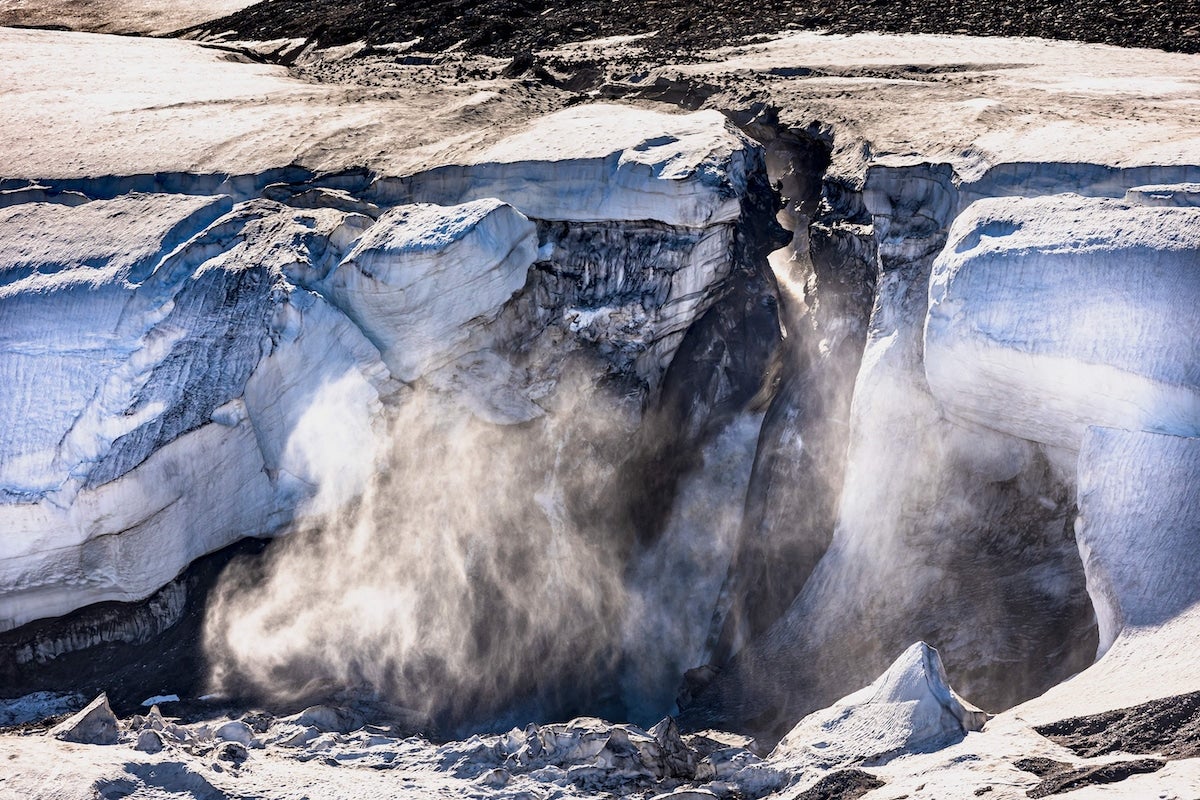 Meltwater flows from the Greenland ice sheet into the Baffin Bay near Pituffik, Greenland on July 17, 2022. KEREM YUCEL / AFP via Getty Images

More than 120 trillion tons of Greenland’s ice is doomed to melt because of climate change and will raise global average sea levels by at least 10 inches, new research published in Nature Climate Change concludes.

The study is based on observational data from 2000 to 2019 and its sea level rise projections do not account for ice lost in other locations, including Antarctica.

That so-called zombie ice is “just going to melt and disappear from the ice sheet,” William Colgan, one of the study’s co-authors, told the AP. “This ice has been consigned to the ocean, regardless of what climate (emissions) scenario we take now.”

The study warned global average sea levels could rise as much as 30 inches and though the scientists did not establish a clear timeline for when that ice would melt, the fact that even the best-case scenario of 10 inches is double the upper range of last year’s IPCC projection of 2 to 5 inches is alarming.

Centuries of industrial fossil fuel extraction and combustion, exacerbated by public disinformation campaigns by the industries profiting from it, have sufficiently raised global temperatures altered the equilibrium of Greenland’s ice that the ice has as much chance of survival as an ice cube dropped in a hot cup of tea in a warm room — as Penn State glaciologist Richard Alley, who was not involved in the study, described it.