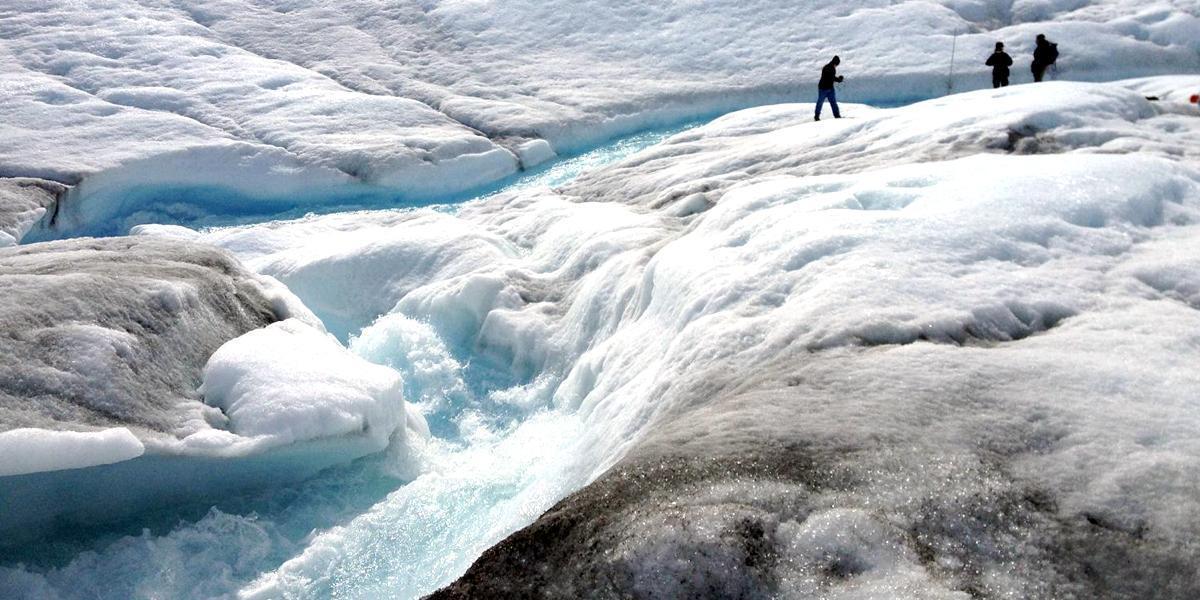 Greenland’s icy coastlines are withering away at a rapid pace. With ever rising temperatures in the region, scientists fear the glaciers may never grow back.

A team from Ohio State University discovered that about 20 years ago, melting on the island reached a tipping point. In this event, a layer of old snow called the firn, was frozen over and the ice sheet growth was stunted. This caused the new growth on the coastlines to halt. Combined with rising temperatures of the sea, the ice has been melting away in large sectors. At the rate it’s going, the team said there will be a 1.5 inch increase in global sea level rise by 2100.

According to the study:

The find is important because it reveals exactly why the most vulnerable parts of Greenland ice are melting so quickly: the deep snow layer that normally captures coastal meltwater was filled to capacity in 1997. That layer of snow and meltwater has since frozen solid, so that all new meltwater flows over it and out to sea.

Though these findings are bad news, the researchers said there is no “immediate cause for panic.” The Greenland Ice Sheet—the second largest ice cache in the world—is relatively intact. Associate professor at Ohio State, and co-author of the study Ian Howat, said the outer layers of ice contribute a small portion to the greater sheet, and that their melting may even be ephemeral, or seasonal to some degree.

“Since this ‘tipping point’ was reached in the late 90’s before warming really took off, it indicates that these peripheral glaciers are very sensitive and, potentially, ephemeral relative to the timescales of response of the ice sheet,” said Howat. 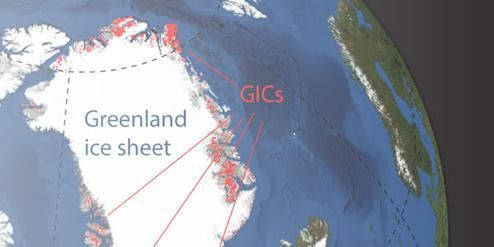 The areas in red are most at risk of being lost.

Though the entire coastline is not at risk, if it were to melt away, we’d see an uptake of a few inches in sea level. To put that in terms of the greater ice sheet, if the entire entity melted, we’d see a rise of 24 feet in total.

“These peripheral glaciers and ice caps can be thought of as colonies of ice that are in rapid decline, many of which will likely disappear in the near future,” said Howat. “In that sense, you could say that they’re ‘doomed.’ However, the ice sheet itself is still not ‘doomed’ in the same way. The vast interior ice sheet is more climatologically isolated than the surrounding glaciers and ice caps.”