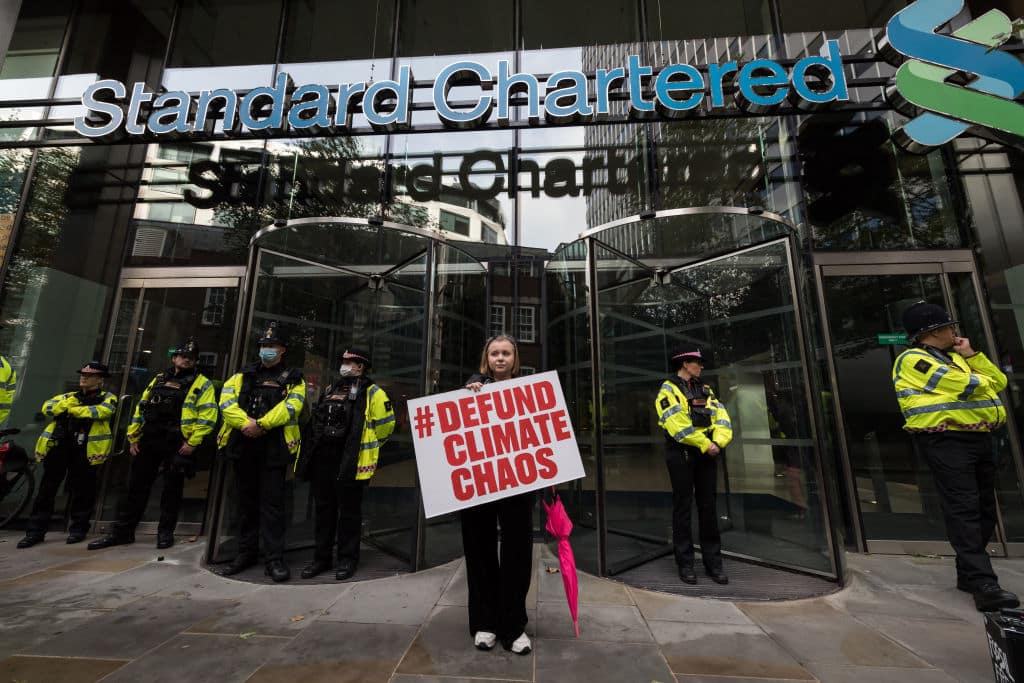 This is when companies announce a climate target and then make absolutely no plans to promote their progress towards achieving it, according to a new report from climate group South Pole. The organization found that around one in four of the companies it surveyed did not plan to announce their progress.

“We see that sustainability-minded businesses are increasingly backing up their targets with science-based emissions reduction milestones, which is absolutely the right approach,” South Pole CEO  Renat Heuberger said in a statement. “But if a quarter today aren’t coming forward with details on what makes their target credible, could corporate green-hushing be spreading?”

The finding came as part of a broader yearly look at corporate targets titled “Net Zero and Beyond.” South Pole focused on 1,220 sustainability-minded companies in 12 different countries and 15 sectors, 67 percent of which identified as heavy emitters. There were many positive trends in the report. Almost two thirds of the companies had committed to making significant changes by 2030. More than two-thirds of companies (67 percent) had announced both a net-zero target and a science-based target. This means a target verified by the UN-backed Science-Based Targets initiative (SBTi), which requires climate targets to be in line with the Paris agreement goal of limiting global warming to 1.5 degrees Celsius above pre-industrial levels. A further 72 percent had either set or promised a SBT, according to the report. This was up from 11 percent in 2020 and 18 percent in 2021.

“The sharp rise in SBTs is due to our focus on sustainability-minded organisations this year (those with a head of sustainability or corporate social responsibility), but could also suggest that the overall market is slowly starting to mature and is increasingly aligning itself with best-practice climate action,” the study authors wrote.

However, 23 percent of these sustainability-minded companies did not plan to publicize their progress beyond basic requirements. This is concerning for two reasons, South Pole said:

“The speed at which we are overshooting our planetary boundaries is mindblowing. More than ever we need the companies making progress on sustainability to inspire their peers to make a start. This is impossible if progress is happening in silence,” Heuberger continued in a statement.

Because South Pole did not ask about publication plans in prior surveys, it’s hard to know if this is a growing issue, POLITICO reported. As to why companies might hesitate to make noise about their targets, it’s possible that they are under pressure from both sides of the issue. One the one hand, they may be afraid of greenwashing accusations if they promote their sustainability plans too much. On the other hand, some companies actually face criticism for engaging in so-called Environmental, Social, and Governance (ESG) practices.

“There’s a lot of noise in the system,” South Pole’s head of climate solutions for North America George Favaloro told POLITICO. “In the U.S. we have this ridiculous political pushback against ESG, which is really unfortunate, but there’s also some confusion about ESG.”

Others agreed that greenhushing was a problem. Dan Botteril, who founded a sustainability platform called Rio, told The Independent that it was ‘just as duplicitous and cynical as greenwashing.”

However, he also said that customers could hold companies to account for this practice too.

“But in the same way consumers are beginning to identify companies that use advertising and social media to appear more climate-friendly and environmentally sustainable than they really are, they will become aware of businesses that hide their climate impact,” he said. “This might lead to boycotts and reputation damage.”