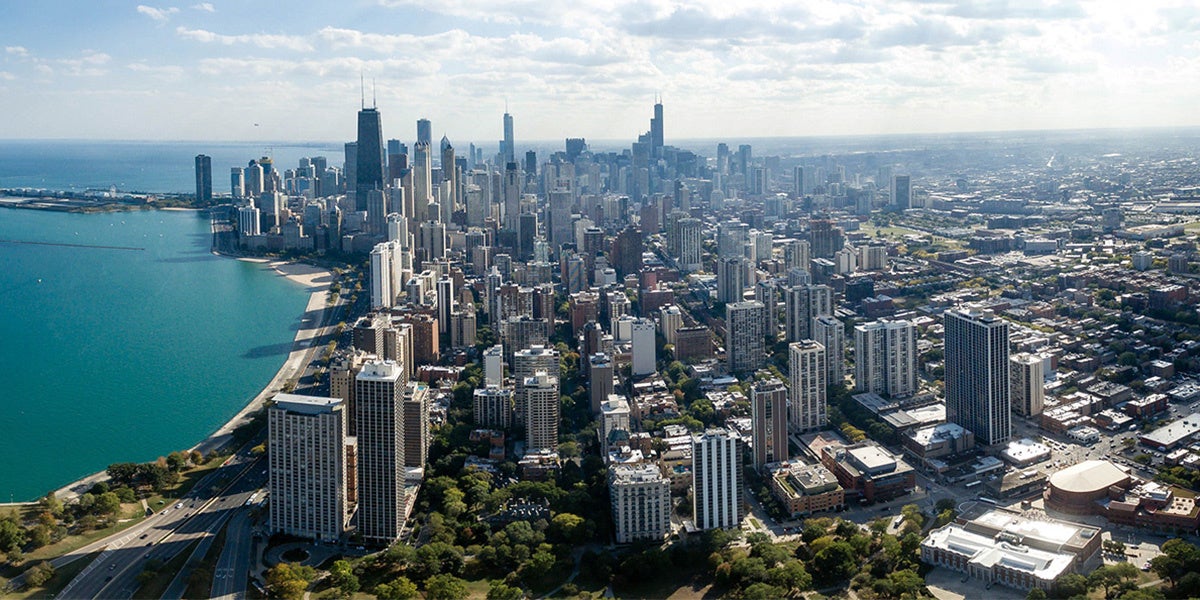 By Hilary Firestone and Olivia Walker

It then produced a ranked list of the top 30 American commercial real estate markets based on the percentage of the city’s office-space square footage that is “certified green,” meaning it holds either an EPA ENERGY STAR label or USGBC LEED certification. The study’s accompanying map tool returned this year as well, highlighting the names, certification details, and locations of the highest-performing properties in the largest U.S. commercial real estate markets.

City Energy Project (CEP), a nation-wide effort co-led by NRDC and the Institute for Market Transformation, is devoted to improving the energy efficiency of existing buildings in American cities. CEP supports a suite of policies and programs that lay the groundwork for the kind transformative change measured by CBRE’s annual study. The most heavily identified strategy of CEP cities is the passage and implementation of a citywide benchmarking and transparency ordinance.

Benchmarking and transparency, the process of measuring building energy data over time and comparing it to similar buildings, gives owners and operators of large buildings information about their building’s energy usage and therefore provides the opportunity to improve on that usage. The impact of that work is being clearly demonstrated by studies like this. Nine out of the top 10 cities on CBRE’s list have passed benchmarking ordinances all requiring the use of the EPA’s ENERGY STAR Portfolio Manager, and cities with benchmarking ordinances have 21 percent more ENERGY STAR and LEED certified square footage than those without.

More than half of the CEP cities are on the list, with Chicago claiming first place as the greenest American office market. Chicago’s win is thanks to its rapidly improving building stock; 69 percent of the city’s office space square footage is now green-certified, an increase of 3 percent in green-certified space since last year’s study was published. This distinction comes in the midst of big sustainability action for the Windy City; just last year Mayor Rahm Emanuel pledged to transition city-operated buildings to a 100 percent renewable energy supply by 2025 and they are doubling down on their benchmarking policy with the Chicago Energy Rating System, requiring buildings to publicly display a localized energy rating. Chicago’s rapid improvements thus far foretell success in adopting forward thinking policies for existing buildings. 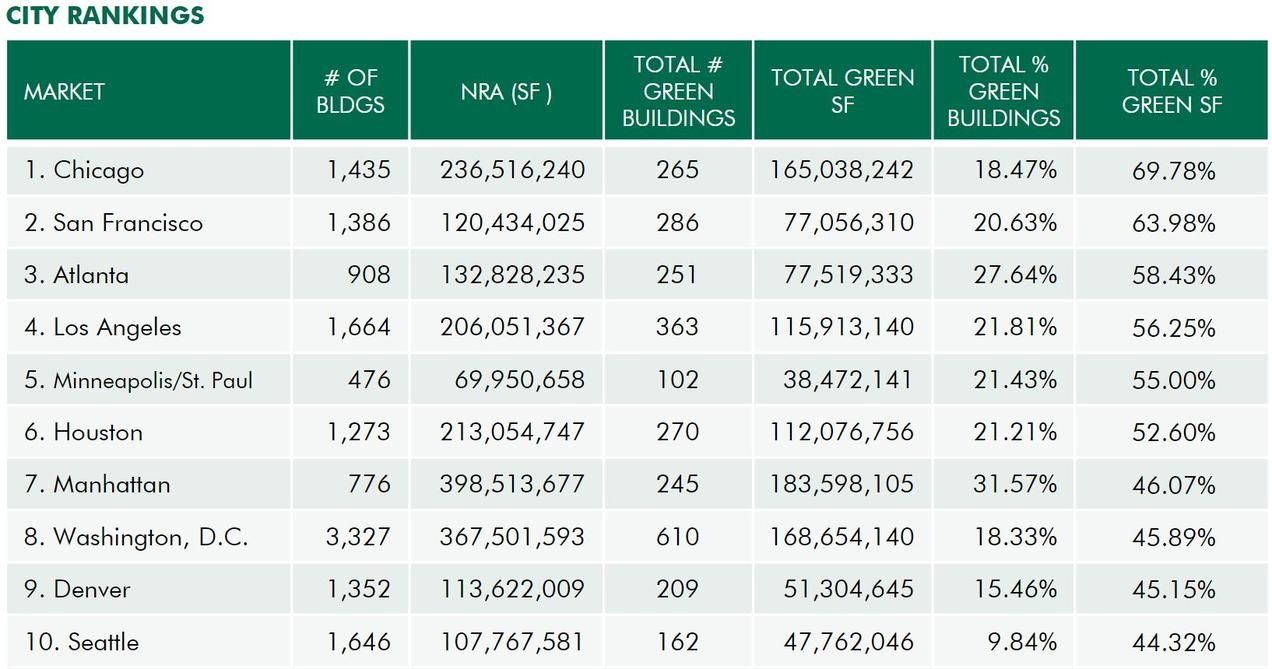 11 other CEP cities were included in the report, with Atlanta, Los Angeles, Saint Paul, Houston and Denver all falling in the top 10. While these cities ranked in the top 10 of last year’s report as well, all have maintained or improved on their performance since then, with ambitious voluntary challenge programs and benchmarking policies as their tools for success. Notably, Los Angeles’ percentage of green square footage increased by over seven percent, causing its ranking to bump up two spots, while Atlanta also gained four percent in green square-footage from the previous year’s report. Both Los Angeles and Atlanta have benchmarking and energy audit requirements, so it will be interesting to see the impact of those policies on the uptake of green certifications in the coming years.

As we propel toward the launch of the American Cities Climate Challenge, a new project co-led by NRDC and Delivery Associates and funded by Bloomberg Philanthropies designed to help American cities reach their climate goals, reports like this will be excellent indicators of policy-driven market transformation.