5 Ways to Green Your Halloween 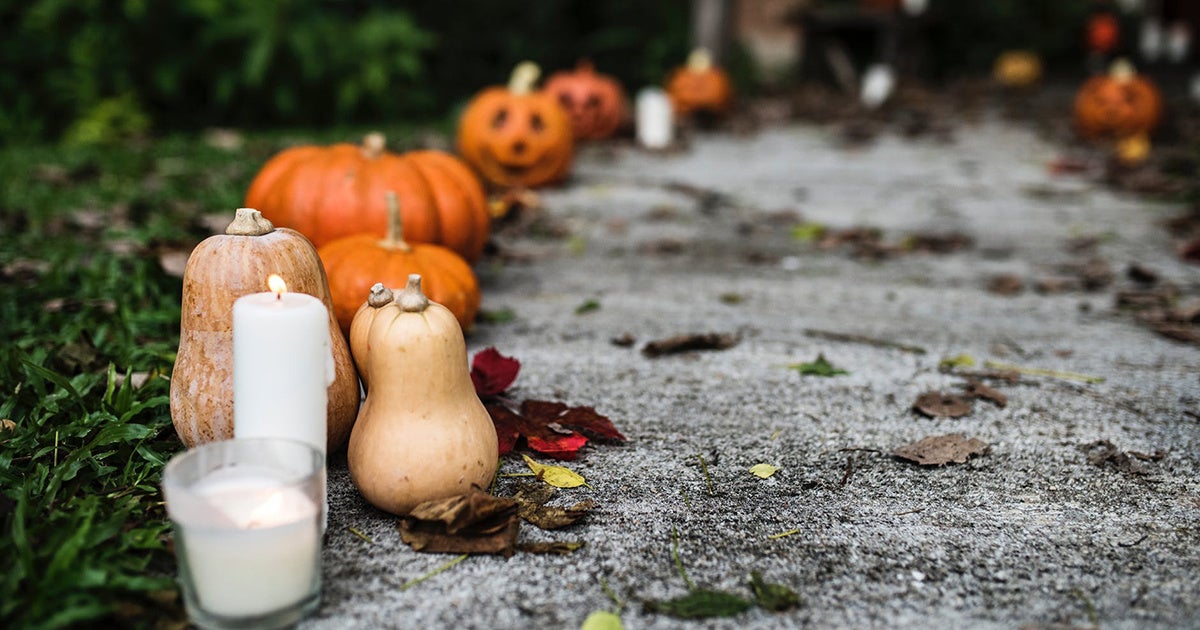 If you’re into the spooky side of Halloween, there are plenty of fun ways to get your fear fix—going to a haunted house, slathering on fake blood or taking in the latest horror flick. But not even the most adventurous fright fans want to be scared about their family’s health or the planet’s come Oct. 31. That’s not fun-scary, that’s just plain old scary.

Unfortunately, there are some threats to look out for. Halloween has become a major consumerist holiday, with the average American expected to spend about $87 on it this year, adding up to a whopping $9 billion nationwide, according to the National Retail Federation. All that spending increases the likelihood of cheap items—costumes, candy, decorations and party supplies—winding up in our landfills come November. And they’re not just bad for the Earth. Readily available store-bought costumes and accessories can also contain dangerous ingredients.

Here’s how to avoid getting tricked by damaging products and instead treat your family to a safe, creative and festive holiday.

1. Decorate with recyclables and spooky snacks.

That doesn’t mean you can’t have the faux-graveyard lawn you’ve always wanted or the spider-infested window display of your dreams; it just means getting a little more creative. Plan a family craft night to make your own decorations. Use old cardboard boxes as bases for DIY tombstones; transform pipe cleaners into creepy crawlies.

If you absolutely need to buy something, opt for sturdy items you’ll reuse year after year. If you’re hosting a Halloween party, consider serving festive treats that do double duty as decorations. Pass the witch finger cookies, please!

2. Embrace the pumpkin spice of life.

Don’t get too excited—pumpkin-spice lattes aren’t going to save the world anytime soon. But if you plan to carve jack-o’-lanterns, adding a little pumpkin to your diet can be a good thing.

The U.S. produces about 1.4 billion pounds of pumpkins every year, many of which end up in the trash. Pumpkin chucking is part of the much larger problem of food waste in our country, where 40 percent of all food gets tossed.

The pumpkins we display in our windows and on our front stoops are edible; you can use the flesh in soups or pies or toss it into pasta with sage. Big, decorative pumpkins tend to be stringier and less flavorful than the smaller “sugar pumpkins” (though both are perfectly safe to consume), so factor this into your choice at the farm stand or supermarket. And the seeds from any size of jack-o’-lantern make a delicious snack when roasted.

Once your pumpkin is ready for retirement, compost it if you can (chop it into smaller pieces first). If you don’t have your own bin or access to a curbside composting program, check to see if your community offers a compost drop-off site.

3. Stay away from toxic face paint.

It’s reasonable to assume that there’s no harm in a little Halloween makeup. But that’s not always the case. “Cosmetics are one of the least regulated consumer products on the market today,” wrote the authors of the aptly named Pretty Scary 2 report, produced by the Breast Cancer Prevention Partners. The group’s Campaign for Safe Cosmetics enumerates the toxic chemicals lurking in face paint and makeup marketed to children at Halloween. Chemical safety laws are woefully outdated and contain loopholes that allow harmful ingredients to persist in our personal care products, often unlabeled.

But some are printed right on the bottles and tubes; in fact, just by reading the labels of children’s cosmetics, the Pretty Scary team identified endocrine disruptors, chemicals linked to organ toxicity, and ingredients that can be contaminated by carcinogens. (One major ingredient to watch out for is fragrance, which typically contains a class of hormone-disrupting chemicals called phthalates. Another is anything ending in “paraben“—such as ethylparaben, methylparaben, propylparaben, isopropylparaben, butylparaben and isobutyl paraben—a group of antimicrobials that mimic estrogen and have been found in tumors.) The researchers also sent 48 Halloween face paints for laboratory testing and found that almost half contained trace amounts of at least one heavy metal like arsenic, cadmium, chromium, lead or mercury; some contained as many as four.

“Children can be especially harmed by the toxic chemicals in Halloween products,” said NRDC senior scientist Jennifer Sass. “They are more likely than adults to put their fingers in their mouths and end up consuming face paints, etc., and their developing bodies are much more vulnerable to the toxic effects of lead, mercury, and other poisons.” Consulting apps like Think Dirty, Healthy Living and the Good Guide—or skipping the makeup aisle altogether—can help you avoid these risks.

4. With costumes, think outside the box.

Homemade costumes are guaranteed to be more unique than their store-bought counterparts—and, of course, they’re budget friendly. There are other reasons to steer clear of packaged costumes: Toxic chemicals can be hiding in those, too. Many store-bought costumes and masks are made of PVC or vinyl, which can leach phthalates.

You can assemble a getup from items you already have around the house—just remember to choose materials like fabric and cardboard instead of plastics. If you’re not the crafty type, visit a thrift shop or arrange a swap with friends.

But note this caveat from Safer Chemicals, Healthy Families, a nonprofit that works to protect the public from toxic chemicals: Metal costume jewelry is also a no-no. Toxic metals like lead and cadmium can be in those trinkets, making an accidental ingestion a very serious risk.

All those individually wrapped pieces of candy add up to a lot of pollution when the night is done, contributing to the millions of tons of debris floating around in our oceans. If you’re hosting a party, consider buying treats in bulk instead of in the “fun-size” category. Serve bulk candy in a punch bowl with a ladle and provide your guests with reusable cups.

Candy wrappers are inevitable, though, since most parents advise their trick-or-treaters not to accept anything that’s not commercially wrapped. A good option for dealing with candy packaging is to band together with neighbors or work with school groups to recycle en masse. TerraCycle, a private company based in New Jersey, specializes in hard-to-recycle items and offers a collection box for candy and snack wrappers that can be shipped back to TerraCycle for free. Another option is to forgo the sweet stuff altogether and hand out treats that need no packaging—think crayons, stickers, decorated sticky notes or pretty things found in nature, like seashells.

And avoid giving your tiny witches and ghosts single-use plastic bags to collect their goodies. Americans use more than 380 billion plastic bags each year, which collectively take 12 million barrels of oil to make. Hoover suggests going with a homemade or reusable option. If you’re up for channeling your inner Martha Stewart, a DIY pillowcase bag can double as a spooky accessory to a costume. An added bonus to going the old pillowcase route, Hoover notes, is that, “the bigger the bag, the more candy you might be able to get into it anyway.”