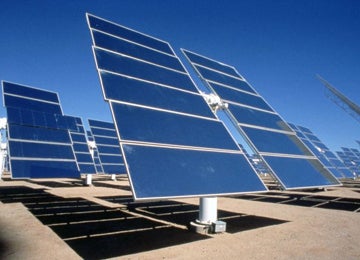 Georgia’s state utility company will be adding 525 megawatts of solar energy by 2016 thanks to grassroots pressure from a new alliance known as the Green Tea Coalition, which unites environmentalists and right-wing Tea Party activists.

Their new alliance, officially launched on Aug. 6, represents a bridge between political parties in support of clean energy policies. In the state of Georgia, the coalition includes members of the Sierra Club, Georgia Watch, Occupy Atlanta, the National Association for the Advancement of Colored People (NAACP) and the Atlanta Tea Party Patriots.

Many Republican politicians that align themselves closely with the Tea Party have been vocal opponents of renewables, energy efficiency and climate action in order to reduce government intervention in the free market. Tea Party activists in the Green Tea Coalition maintain the same conservative political commitment, but find no contradiction between valuing the free market and supporting renewable energy.

To them, solar power is a way to create greater energy choice for consumers, protect the environment, increase energy security and break the monopoly utility companies sometimes hold over state energy production (as is the case in the state of Georgia). Debbie Dooley, co-founder of the Green Tea Coalition, didn’t let political labels get in the way while working for smart energy policies in Georgia:

Renewable energy is clean, affordable and home-grown. The solar energy industry is the fastest growing source of electricity generation in the U.S. and one of the leading industries of any type in the nation. The average national price for residential solar systems fell 18 percent last year and by 2015, the country’s distributed solar market is expected to jump by more than 200 percent. The solar industry employs 120,000 Americans and many of those jobs are in red states.

As part of the Green Tea Coalition, the Atlanta Tea Party Patriots fought back against a solar energy scare campaign led by their sister organization within the Tea Party, the Georgia-state chapter of Americans for Prosperity (AFP). AFP is a conservative political organization funded by fossil fuel magnates the Koch Brothers, who are known for using their wealth to attack climate and renewable energy policies.

We agree with AFP on a lot of issues, but when it comes to energy, they’re not exactly unbiased.

The success of the Green Tea Coalition proves that despite a partisan divide in the halls of Congress, activists working on-the-ground can see past party labels and work together in the service of ratepayer interests, community health and a safe environment. Embracing renewables is smart energy policy that transcends political party lines.