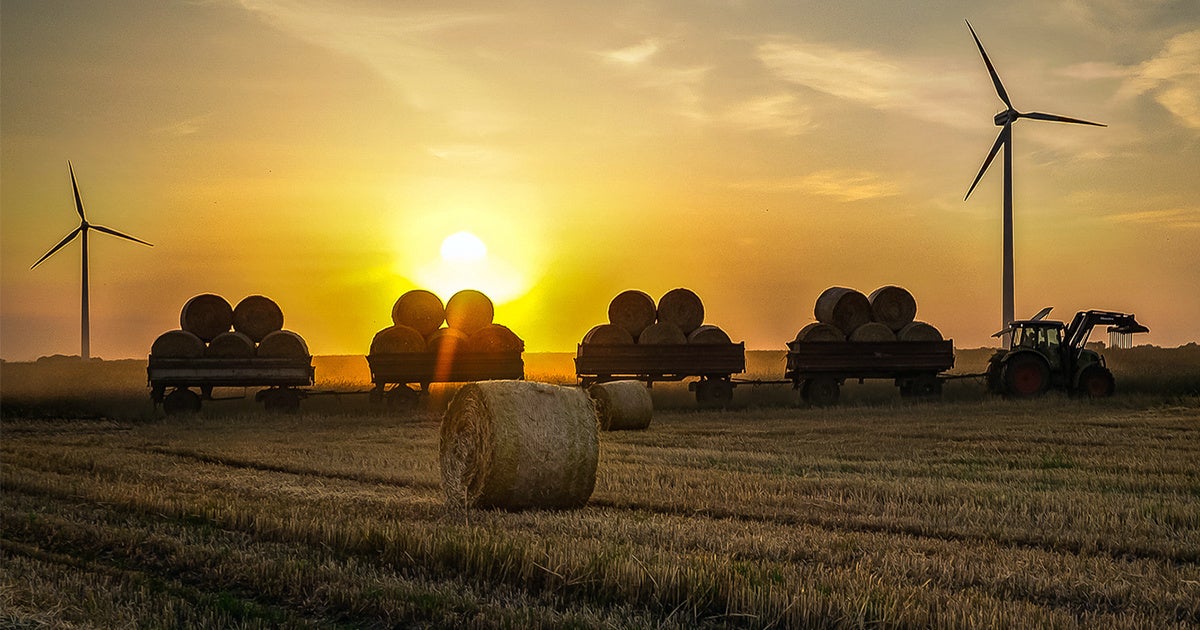 The Green New Deal means different things to different people. In some ways, that’s part of its appeal. On the other hand, a Green New Deal can’t mean anything anyone wants it to, or it will come to mean nothing at all.

More concept than concrete plan so far, the Green New Deal would fight climate change while simultaneously creating good jobs and reducing economic inequality. Described in such broad terms, more than 80 percent of U.S. registered voters support it, including majorities across the political spectrum, according to a survey conducted by Yale and George Mason universities. (Most respondents had never heard of the Green New Deal when the survey was conducted, so these findings no doubt depend on how the question was worded and will change as specific proposals are fleshed out and debated.)

Green New Deal standard-bearer Representative Alexandria Ocasio-Cortez (D-NY) and longtime clean energy champion Senator Ed Markey (D-MA) are reportedly teaming up on a bill that may begin to define core principles that guide the Green New Deal from concept to concrete proposal. Some media outlets report that lawmakers will introduce a resolution this week.

Here are five questions legislators will need to consider for developing any plan that transitions the nation to a zero-carbon economy:

The scientific imperative made clear by the Intergovernmental Panel on Climate Change’s (IPCC) recent report is to achieve zero net emissions globally by 2050. Richer countries with the greatest technological capabilities and the longest history of spewing carbon dioxide into the atmosphere (I’m looking at us, United States) have a responsibility to get there sooner. Hence, leading states such as California and Hawaii have adopted a goal of zero net emissions by 2045.

Fossil fuel combustion is far and away the largest source of carbon dioxide and a myriad of more localized pollutants. Substituting wind and solar energy for coal, oil and gas will be at the heart of any global warming solution. But it’s important not to confuse means with ends. The goal has to be to get to zero net emissions as quickly as possible while inclusively increasing prosperity. In addition to setting this long-term target, we will need interim targets to make sure we are on track along the way.

As we embark on this project, we can’t know in advance which combination of tools will allow us to complete it most easily, so it would be foolish to preemptively discard any from the toolbox. For example, a recent study by the Union of Concerned Scientists shows that early retirement of existing economically vulnerable nuclear power plants would increase pollution from coal and natural gas plants, while the IPCC report finds that carbon capture and storage will almost certainly be needed to limit global warming to 1.5 degrees C (2.7 degrees F). Excluding these technologies from consideration would be like throwing away your Phillips head screwdriver and circular saw before completing the blueprints for a house you are trying to build.

We also need to pay attention to the yard. Farms and forests are currently major net sources of carbon dioxide, nitrous oxide and methane. Shifting to a sustainable food system, boosting soil health and improving forest management could turn that around so that natural and working lands become a net sink for carbon dioxide. When we consider the need to feed almost 10 billion people globally by 2050 and preserve natural ecosystems to protect biodiversity, WRI’s research suggests that we will also need to use new technologies to directly capture carbon dioxide from the atmosphere and put it back underground where it came from (in some cases literally, in depleted oil fields, and in other cases in similar geologic reservoirs that never contained fossil fuels).

2. What kind of infrastructure do we need to support a clean energy economy?

America’s roads and bridges are crumbling, and there is broad agreement on the need to upgrade our infrastructure for the 21st century. There is less agreement about what to build, where to build it and how to pay for it. Mayors across the political spectrum know that we need infrastructure improvements, and that they need to increase their resilience so that they are good investments and uses of tax dollars. The Trump administration laid out an infrastructure plan last year. Senator Schumer outlined essential criteria for any infrastructure bill he would support in a letter to the president in December. And last week, the Center for American Progress offered their vision for how an infrastructure bill can create jobs, strengthen communities and tackle the climate crisis. But so far there has been lots of talk about an infrastructure bill and no action.

Getting it right is essential. Most infrastructure projects initiated today will still be in use in 2050. If we simply rebuild the infrastructure that carried us through the 20th century, we won’t get where we need to go in the 21st. Investments in climate-smart infrastructure, on the other hand, can create millions of good jobs, pave the way (so to speak) to a clean energy economy, and increase the resilience of vulnerable communities to climate change impacts that can no longer be avoided.

3. Should the Green New Deal include a carbon tax?

A carbon tax or cap should be a part of any comprehensive response to climate change, whether the revenue is designated to pay for climate-smart infrastructure, rebates to households, tax cuts or anything else. (Interestingly, Representative Francis Rooney (R-FL) has cosponsored one carbon tax bill that would invest most of the revenue in climate-resilient infrastructure, and another bill that would return all the revenue to households.) Putting a price on carbon pollution is a cost-effective way to reduce emissions, spur greater innovation and allow businesses and households to choose how they decrease emissions. It is increasingly being used in countries around the world, including for example in Canada, Mexico, Chile, Colombia and shortly Argentina. Carbon pricing, like renewable energy, should not be seen as an end in itself. The U.S. will need a portfolio of policies to ensure that it is on track to zero net emissions, including carbon pricing, climate-smart infrastructure investments, and well-designed and targeted regulations to address the emissions that may not be very responsive to a carbon price.

In addition, the revenue produced by carbon pricing can help support spending on the clean energy transition, such as investments in climate-smart infrastructure, education and workforce development. However, priority spending need not be linked to any particular revenue source.

4. How do we ensure that the Green New Deal benefits all Americans?

The consequences of implementing policy measures that large segments of the population consider unfair were evident in the Yellow Vests protests in France. Avoiding this outcome has many facets.

First, whether the revenue from carbon pricing is returned directly to households or used in some other way, carbon pricing can be designed to reduce emissions while benefiting low- and moderate-income families.

Second, investments in climate solutions should be designed to ensure that disadvantaged communities have a voice and are not left behind. This includes low-income communities of color in the inner city, as well as rural areas suffering from declining and aging populations. California’s climate laws, for example, require that at least 35 percent of investments made from its greenhouse gas reduction fund go to projects that benefit disadvantaged communities, with at least 25 percent of the investments going to projects located within these communities. Similarly, policies can be designed to ensure that local pollution reductions benefit communities with the highest pollution burdens, such as those located near power plants and refineries.

Building a clean energy economy will create far more jobs than attempting to retain the fossil fuel-dependent energy system we have today. There are already more than 3 million jobs in the U.S. clean energy industry, outnumbering fossil fuel jobs 3-to-1. But that fact will be cold comfort for workers who lose their jobs in coal mines, oil refineries and gas pipeline construction unless they are able to access well-paying jobs in the wind, solar, electric vehicle and energy efficiency industries or elsewhere.

Giving workers false hope that lost coal mining or power plant jobs are coming back is no solution. Mechanization and energy market trends will continue to displace many workers regardless of climate measures. Policymakers will need to manage the transition, provide training in new skills needed in the clean energy economy, and ensure that the pensions and health care promised to workers who spent much of their careers in the fossil fuel industry are protected.

This is not just the right thing to do for workers affected by the clean energy transition, as AFL-CIO President Richard Trumka told delegates at the Global Climate Action Summit in San Francisco. It is the right thing to do to build the broad-based political coalition needed to solve the climate crisis. He said:

“Climate strategies that leave coal miners’ pension funds bankrupt, power plant workers unemployed, construction workers making less than they do now … plans that devastate communities today, while offering vague promises about the future … they are more than unjust … they fundamentally undermine the power of the political coalition needed to address the climate crisis.”

Direct financial support can also help replace tax revenue and incomes in communities that are currently heavily dependent on the fossil fuel industry. Spain offers one example of how a collaborative process can accelerate progress: The government recently reached agreement with unions on a plan to close the country’s coal mines, and is now pursuing an ambitious plan to transition to 100 percent clean electricity. The deal includes early retirement payments for workers, job training and mine land reclamation.

The idea of a Green New Deal has catapulted to center stage in the aftermath of the 2018 midterm elections. The challenge now is to add flesh to the bones of the Green New Deal concept in a deliberate, thoughtful manner that builds on current momentum and delivers a new vision for strong, sustainable and inclusive growth in America.