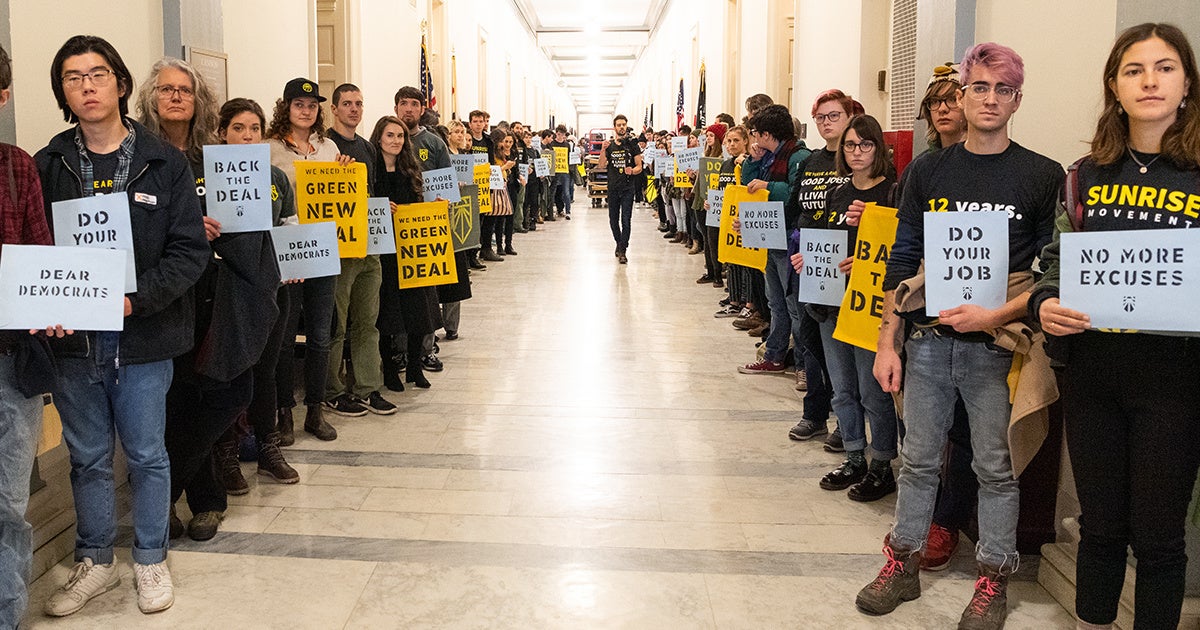 Congressional Democratic leaders have tapped Florida Representative Kathy Castor to chair a renewed climate change committee, the congresswoman confirmed to E&E News Thursday, dampening the hopes of activists and progressive Democrats that the committee would focus on drafting a Green New Deal to provide jobs while transitioning to 100 percent renewable energy in 10 years.

Castor is not one of the 43 House members who have pledged to back a select committee to draft the deal and to reject campaign donations from fossil fuel companies, according to the most recent tally from the Sunrise Movement, which has emerged as a key grassroots backer of the idea.

“I think they have some terrific ideas,” Castor told E&E News when asked about the Green New Deal. “But that’s not going to be our sole focus.”

I’ve devoted my life in public service to standing up to corporate polluters, climate deniers & special interests. America must act w urgency to reduce carbon pollution & end the costly Trump/GOP policies that put our communities & way of life at risk. Together, we must do this! https://t.co/TEQsnamv2M

Castor’s selection seems to return House Democrats to the plan for a generic climate change committee that the party’s House Leader Nancy Pelosi first floated after the Democrats won control of the House in the midterm election and before activists from the Sunrise Movement and Justice Democrats staged a sit-in in her office a month ago and launched the Green New Deal into the national discourse, the Huffington Post reported.

Castor also waffled on the idea that committee members should have to pledge not to take money from fossil fuel interests.

“I don’t think you can do that under the First Amendment, really,” she told E&E News, echoing Exxon Mobil Corp.’s court defense of its funding of climate-denying think tanks, the Huffington Post pointed out.

Castor has received more than $73,000 from the energy and natural resources sector during her 12 years in Congress.

“I honestly thought the Democratic Party leaders would see this opportunity,” Justice Democrats communications director Waleed Shahid told the Huffington Post. “It’s infuriating to see a fellow Democrat basically parrot the talking points of the Koch Brothers when it comes to the very common-sense idea that any politician who accepts donations from the fossil-fuel corporations should not be allowed to legislate on climate change.”

However, activists aren’t planning to give up. Alexandria Ocasio-Cortez, the newly-elected New York Congresswoman who has led the push for the Green New Deal committee, was defiant in a tweet responding to Castor’s remarks on fossil fuel funding.

“Loading a climate committee w/ fossil fuel [money] is akin to letting foxes in the henhouse,” she wrote. “We shouldn’t be afraid to lead.”

We don’t have time to sit on our hands as our planet burns.

For young people, climate change is bigger than election or re-election. It’s life or death.

Loading a climate committee w/ fossil fuel? is akin to letting foxes in the henhouse.

We shouldn’t be afraid to lead. https://t.co/JhqV2s2EVB

Sunrise Movement leaders also said they were not willing to give up.

“Nancy Pelosi has the power to determine whether or not the Select Committee for a Green New Deal lives or dies,” Sunrise Movement Political Director Evan Weber told the Huffington Post. “Sunrise Movement’s position is and will continue to be that it’s not over until she makes it clear that it’s over.”

Castor herself told E&E News that her position on the committee was not “official” and that the mission and shape of the committee was still being formed. She is also not inflexible in her positions on fossil fuel money. When pushed by the Huffington Post, she said her freedom-of-speech comment was “inartful” but that she did not know if she would have the power as chairwoman to block potential members based on the donations they accepted and that it was an issue that could be discussed in caucus. She did say she would consider pledging to refuse future fossil fuel donations.

Castor is not without environmental bona fides. She has a 93 percent lifetime environmental voting score from the League of Conservation voters and an 86 percent voting score for the past year. She also represents a state disproportionately impacted by climate change.

The Natural Resources Defense Council (NRDC) released a statement backing her appointment, and Democratic California Representative Jared Huffman, who does back a Green New Deal, told E&E News he thought Castor would be a “terrific” chair.

“I think she brings a lot of thoughtfulness to the position, and she’s experienced, so I can’t disagree with that,” Huffman said.