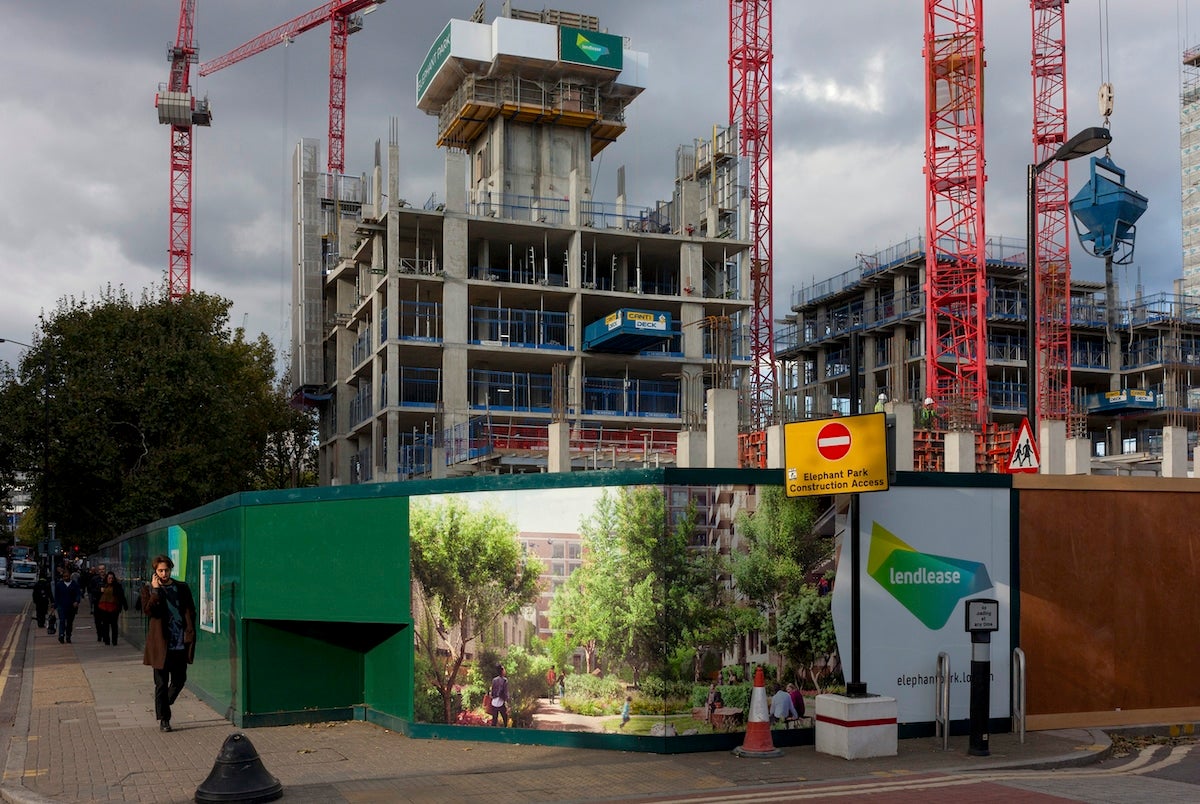 Making neighborhoods more “green” through environmental infrastructure and other green investments such as open space parks, rain gardens, permeable pavement and rainwater harvesting can result in an area being perceived as more desirable, which can lead to rents and property values going up. This, in turn, leads to lower-income residents being pushed out — a process called “green gentrification.”

As wealthier residents move in, so do businesses that accommodate their tastes, while longer-term residents who don’t earn as much are faced with rising living costs, disappearing community institutions and, eventually, being displaced altogether.

According to a report by the Zoological Society of London (ZSL), rewilding could lead to those with lower incomes being pushed out of their local communities, The Guardian reported.

“[The rewilded area] could be created in areas of deprivation and you could cause green gentrification. It’s greener, and because it’s greener and nicer the house prices go up,” author of the report Nathalie Pettorelli from the ZSL Institute of Zoology told the Guardian. “This is not just an ecological problem, it is a socioecological problem; you have to factor people in all the time and find whether you are going to create inequalities.”

House prices could increase due to the risk of floods and other natural disasters in the area decreasing. As the quality of green spaces improves and wildlife becomes more prevalent, more tourists might also visit the area.

Pettorelli said protections must be put in place to make certain the local residents will be able to continue to live there and share in the benefits.

The authors of the ZSL report said green gentrification could result if any urban environmental restoration project isn’t carried out conscientiously and suggested consulting with experts and working with the local community.

According to a 2020 study, “The carbon footprint of household energy use in the United States,” published in the journal Proceedings of the National Academy of Sciences, higher-income Americans have a 25 percent higher per capita carbon footprint than those with lower incomes, mostly because their homes are bigger. Emissions can be 15 times greater in particularly wealthy suburbs than in neighboring areas.

Vehicle emissions for lower-income people can also escalate because their commutes get longer.

“[W]hen low income people are pushed further and further out, it increases their emissions for traveling by cars — cars that are often less efficient and emit more [greenhouse gases],” said urban geographer with the University of Georgia Jennifer Rice, who has researched eco-gentrification trends in Seattle, as reported by Salon.com.

Pettorelli pointed out that many implementers of rewilding projects don’t take into account the social consequences because they are essentially ecologists, The Guardian reported.

Taking the people who are the recipients of the improved ecological space into consideration, however, can lead to benefits for communities that have been traditionally marginalized and are often in the greatest danger of adverse climate effects.

“This could actually be a great thing as, if people learn to coexist with nature, it can… actually reduce inequalities by having all these mental and physical benefits, reducing air pollution, which often impacts people more in deprived areas for example, and giving people green space to enjoy,” Pettorelli said, as reported by The Guardian.

Rewilding can alleviate climate crisis harms not only in expansive, uninhabited landscapes, but in urban areas as well.

The ZSL report noted that, when connected, relatively small urban green spaces can be essential to carbon storage and the restoration of biodiversity. Flooding could be greatly mitigated through the creation of wetlands in the areas surrounding cities, and temperatures could be reduced by adding green spaces and installing vegetation in buildings.

“Mainstream thinking that just getting out of the way for developers to build more and more — often called ‘increasing supply’ is not going to get us out of the affordability or carbon gentrification problem,” Rice said, as Salon.com reported.

Rice pointed out that putting up low-income housing in neighborhoods with competitive markets isn’t something the majority of developers want to do.