Both Conservatives and Liberals Want a Green Energy Future, but for Different Reasons 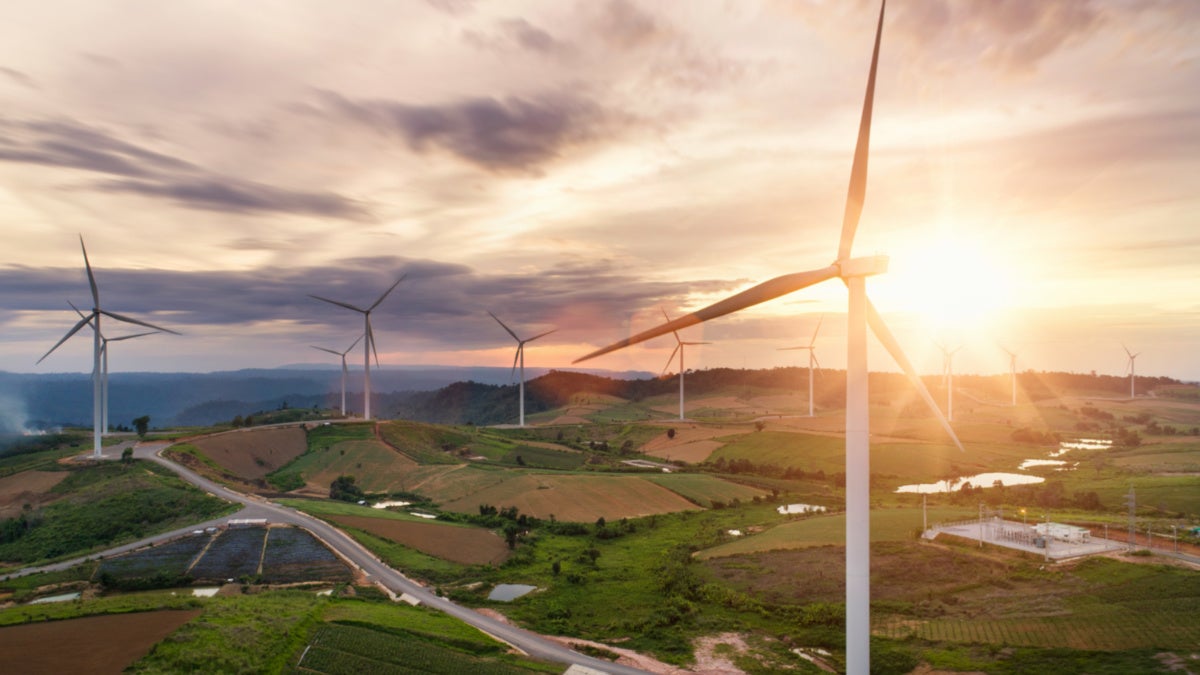 Political divisions are a growing fixture in the United States today, whether the topic is marriage across party lines, responding to climate change or concern about coronavirus exposure. Especially in a presidential election year, the vast divide between conservatives and liberals often feels nearly impossible to bridge.

Our research examines what people know about the energy sources in use today in the United States, and what types of energy they would like to see the nation using in 2050. Energy connects to many important issues, including climate change, jobs and economic growth, equity and social justice, and international relations. It would be easy to assume that America’s energy future is a highly polarized topic, especially when the Trump administration is clashing with many states led by Democrats over energy policies.

However, in a nationwide online survey, we recently found that broad support exists across the political spectrum for a future powered mostly by renewable energy sources. Our work highlights a consensus around the idea that the United States needs to move its entire energy system away from fossil fuels to low-carbon energy sources.

To explore people’s views on energy sources, we conducted an online survey of 2,429 adults across the U.S. Our participants represented a range of political ideologies, with 51% self-identifying as liberals, 20% as moderate and 29% as conservative. To investigate patterns in the data, we analyzed responses based on participants’ political ideologies.

Next we had participants describe what they viewed as an optimal mix of these nine energy sources that they hoped the U.S. would use in the year 2050. We also asked what kinds of policies they would support to move the nation from its current status to the future that they envisioned. In a follow-on study, we are examining how factors such as cost and environmental impact influence people’s preferences for one energy source versus others.

We found that our respondents had some misperceptions about where energy in the U.S. comes from. They tended to underestimate U.S. reliance on oil and natural gas and overestimate coal’s contribution. We believe Americans may not realize how dramatically electric utilities have switched from coal to gas for power generation over the past decade, and may therefore have dated impressions of coal’s prevalence.

Conversely, we found that participants overestimated the contribution of lesser-used energy sources – specifically, renewables like wind and solar power. This pattern may partially be explained by people’s general tendency to inflate estimates of small values and probabilities, which has been seen in areas ranging from household energy use and water use to risk of death.

In the case of the U.S. energy system, this bias means that people think our current energy system is greener than it really is, which could reduce the perceived urgency of shifting to lower-carbon sources.

When we asked participants to indicate the amount of each energy source they hoped the U.S. would use in 2050, the broad consensus favored a future in which the nation primarily relied on renewable energy and used much less fossil fuel. Conservatives, moderates and liberals shared this outlook.

Particular preferences for a lower-carbon future varied somewhat by political ideology, but on average all groups supported an energy mix in which at least 77% of overall energy use came from low-carbon energy sources, including renewable fuels and nuclear power.

This bipartisan consensus wavered, though, when we asked participants whether they supported or opposed 12 energy policies – six that would lead to larger roles for low-carbon energy sources, and six that would increase use of fossil fuels.

Liberal participants showed strong support for policies consistent with increased use of low-carbon energy sources, such as providing government funding for renewable energy and subsidies for purchasing electric vehicles. They strongly opposed actions that would increase reliance on fossil fuels, such as relaxing oil drilling regulations or lowering fuel economy standards.

On average, conservative participants supported several policies that favored low-carbon energy use, though not as strongly as their liberal counterparts. Conservatives tended to be closer to neutral or only slightly opposed to policies that promote fossil fuel use.

The sharpest contrast between the two political groups was over building and completing pipelines to move oil from extraction points to refineries in the U.S. Several proposed pipelines have generated intense controversy in the past years. Conservatives generally supported pipeline development, and liberals generally opposed it.

An important argument for transitioning to low-carbon energy sources is to limit climate change to manageable levels. Recent polls show that climate change remains a politically divisive issue, with far more Democrats than Republicans rating it as extremely important to their vote in the 2020 presidential race.

Recent research has shown that both Democrats and Republicans strongly support renewable energy development, but do so for different reasons. Democrats prioritize curbing climate change, while Republicans are more motivated by reducing energy costs. We see these motivations playing out in the real world, where conservative oil-producing states like Texas are experiencing huge booms in renewable energy generation, driven primarily by the improving economics of renewable energy.

Realizing the shared vision of an energy system dominated by renewable energy will mean reconciling partisan differences over how to achieve that future. While there is no single rationale that will convince all Americans to support a transition to low-carbon energy sources, our results are encouraging because we find consensus on the U.S. energy future – everyone agrees that it should be green.

Deidra Miniard is a PhD Student in Environmental Science at Indiana University.

Joe Kantenbacher is a Research Associate in Environmental Science at Indiana University.

Shahzeen Attari is an Associate Professor of Public and Environmental Affairs at Indiana University.

Disclosure statement: Shahzeen Attari receives funding from the National Science Foundation from Decision, Risk and Management Sciences. This work was also possible in part by the Andrew Carnegie Foundation fellowship and the Center for Advanced Study in the Behavioral Sciences fellowship to Attari. Deidra Miniard and Joe Kantenbacher do not work for, consult, own shares in or receive funding from any company or organization that would benefit from this article, and have disclosed no relevant affiliations beyond their academic appointment.