Green Climate Fund: A Centrifugal Force for Climate Crisis Amidst the ‘Denial Doctrine’ in the U.S. 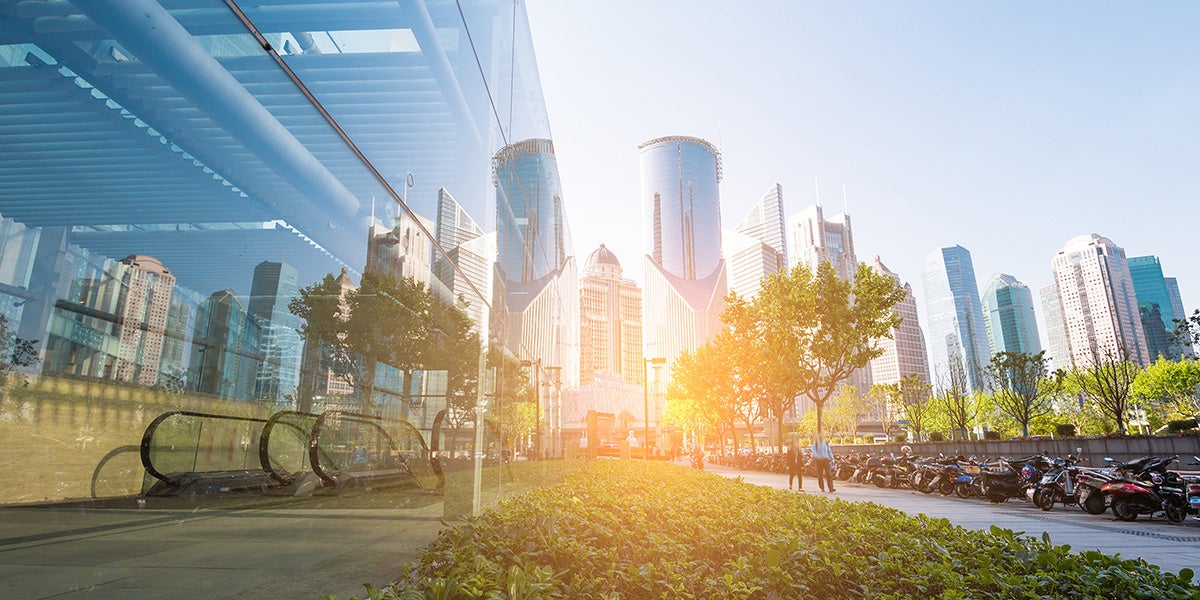 By John Boal / The Environmental Magazine

Ok, climate nerds and nerdettes, it’s time to flip the narrative on the doom and gloom.

While we’re processing a double whammy of new scientific reporting—such as increased global air travel more than doubling from 3 percent to 8 percent of total CO2 emissions and global warming spiking the possibility of a complete oceanic circulation shutdown—and new outcomes such as the recent “rain bomb” of 50 inches in 24 hours hitting Kauai, Hawaii amidst the Neanderthal ostrich mentality of the “Denial Doctrine” by the U.S. Administration, fear not.

In Songdo, South Korea labeled as the “World’s Smartest City,” there is real hope—and billions of dollars being distributed to marginalized nations around the world—by the Green Climate Fund (GCF).

Once dismissed as nothing more than a “slush fund” by Congressional Republicans, the GCF is now the centrifugal force for the world to rally around its massive mobilization and distribution of not only direct funding but also lines of credit, private climate capital; $500 million for innovative ideas via its “Pitch for the Planet” and sharing of expertise to layer a cohesive resilience for projects comprised primarily for mitigation, adaptation and cross-cutting (i.e. combination of both) to the #1 exigent issue facing the planet.

Adopted in 2010, in Cancun, Mexico at the United Nations Framework Convention on Climate Change (COP 16), the GCF was approved by 194 countries. In 2014, the GCF launched its drive for funding and now has $10.3 billion pledged.

While the U.S. pledged $3 billion—and delivered $1 billion to the GCF under the Obama Administration—France, Germany, Japan and the United Kingdom have all delivered at least $1 billion as well. The balance of the $5.3 billion in pledged funding has come from 43 countries and, notably, the City of Paris.

So far, the GCF Board has awarded $3.7 billion for 76 projects and programs to assist developing countries for their low emission and climate resilient development both of which must also be sustainable.

While the news-centric TV media in the U.S. has for the most part completely eliminated any kind of in-depth reporting on the current fragile tipping point of our planet, the GCF has steered its organization and extensive one-on-one communications and outreach to these priority at-risk nations covering 28 African States; 26 Least Developed Countries (LDCs) and 15 Small Island Developing States (SIDS).

Kiribati: A SIDS Rising Up

For more than 25 years, Kiribati has been a “poster nation” for the rising seas. Straddling the equator in the Pacific Ocean with just over 110,000 population, Kiribati and its pristine 33 atolls lie just 3 meters above sea level.

In 2008, its then President Anote Tong declared that Kiribati had reached the “point of no return” and added that its citizens need “to plan for the day when you no longer have a country is indeed painful, but I think we have to do that.” Six years later in 2014, he then purchased 5,460 acres of land on Vanua Levu as an insurance plan for eventual relocation of his entire population at a cost of $9.3 million Australian dollars.

Now, under President Taneti Maamau, Kiribati is reversing its relocation strategy and embracing the opportunity to address three specific environmental issues. After receiving $586,000 in 2017 from the GCF to staff up and construct internal capacities under the Readiness Programme, Kiribati is making its first application to address its most pressing national need of a depleting fresh water supply from drought and rising salty sea water seeping into its groundwater.

“We have a proposal that is now with the GCF titled ‘South Tarawa Water Supply Project’ that seeks to provide water 24/7 to residents on South Tarawa where over half of the population currently resides,” explained Jonathan Mitchell, director of Climate Finance in the Ministry of Finance and Economic Development. “The amount being sought from the GCF is circa US $25 million to $30 million.” Moving forward, their second and third proposals will be for Coastal Protection and Renewable Energy as part of the Kiribati Nationally Determined Contribution to the Paris Agreement.

Talk about an organization that has its act together. It’s as if the GCF’s staff of 164 has embraced every TED Talk on how to engage, empathize, enlighten and empower those less fortunate who are also on the front lines of the climate crisis regardless of where they live in the world.

From the beginning, by holding “Structured Dialogues” bringing nations’ representatives together regionally in Africa, Asia, Caribbean, Latin America and the Pacific, the GCF provides such an egalitarian and well-choreographed human interaction with an inviting presentation such as “GCF 101,” “Empowering Countries,” “Simplified Approval Process” and “Safeguards” such as “Indigenous Peoples,” “Mainstreaming Gender” and “Environmental and Social Safeguards.”

For example on “Mainstreaming Gender,” the GCF recognizes “The impacts of climate change affect women and men differently. Women are hardest hit by dramatic shifts in climate conditions. Women’s mortality from climate-related disasters is higher than that of men. Compared to men, domestic burdens (e.g. collection of firewood and water) of women increase substantially with various manifestations of climate change.”

To ensure the GCF is accountable for the billions in climate funding it’s dispersing around the world, it created an Independent Evaluation Unit (IEU) in 2017 headed by Jyotsna Puri, a native of India.

“We now have excellent data and good technology to provide the evidence to deal with climate change and other challenges,” Puri stated. “But we also now realize that just sharing knowledge is not enough. We need to go the ‘final mile’ in making people change their behavior. We incorrectly thought that people would look at the evidence and say ‘Voila!’ I need to change behavior. Nowhere has this naive approach been more underscored than in the inadequacy of action around climate change. Agencies that are implementing GCF-funded projects should think about encouraging action that is both positive and long-lasting. Transformational change only occurs if it takes place at the grassroots.”

Reeling in the Years of CO2

Yet, to know that the US created the Electric Model Ts in 1906 that were soon squashed by the oil barons—and now after 112 years of abusing our planet with gas and diesel vehicles—it is absolutely insane we are on the brink of unimaginable consequences with a gossamer window of precious time to cool Mother Earth who’s been running a rising fever for decades.

Fortunately, the GCF has created a savvy structure that we all need to pay attention to as this enlightened body of committed and scrupulous global citizens has designed a path of resilience for the poorest and most vulnerable nations that are at a high risk of extinction through no fault of their own. Nevertheless, when accepting funding, these recipient nations are mandated to reduce their very minimal CO2 emissions while the current US Administration is in retrograde preaching a denial doctrine that projects the world’s richest nation as being completely isolated sulking in its insipid ignorance within its shallow and crumbling house-of-corrupt-cards.

Drawing attention to a sense of climate despair with the general U.S. population, a professor at the University of Alaska, Elizabeth Arnold, summarized it this way: “The threats posed to humans, polar bears and entire ecosystems are recounted on a daily basis, leading to what researchers call a ‘hope gap.’ With little offered in the way of action, people eventually tune out: ‘We’re doomed. What’s on Hulu?,’ Arnold succinctly wrote in an Op-ed in the Los Angeles Times.

The GCF is flipping that narrative and orchestrating a climate backbone of resilience with 130 mostly underdeveloped nations by dispensing significant funding and tangible hope that we can survive this if we all pull together to drastically reduce our CO2 emissions. Along with the GCF, the State of California is also showing the way. With its new mandate for all new homes to be constructed with solar panels, Jerry Brown, the Governor of California, is hosting its upcoming Global Climate Action Summit in San Francisco on September 12-14 with two of its five challenge areas being “Transformative Climate Investments” and “Sustainable Communities.” These initiatives are so synergistic with the GCF, the established leader in this arena.

Right now, we have this golden opportunity to get people’s heads out of their smart-ass phones; shake their bones; steer them away from their narcissistic “journeys” and implore an all-in, balls-out global collaboration by supporting and expanding the brilliant models being developed by the GCF for making those considered least, those considered most for building climate resilience. And maybe, instead of searching for the newest, needless app—or snarking on a trendy social meme—we can start closing that “hope gap” in the developed world as well and get to the serious business of preserving our planet.

Author of Be A Global Force Of One! and a co-author of Chicken Soup For the Volunteer’s Soul, John T. Boal is a national accounts director for a New York-based nonprofit and resides in Burbank, California.

Reposted with permission from our media associate The Environmental Magazine.