Green Building Set to Equal Half of U.S. Construction By 2016 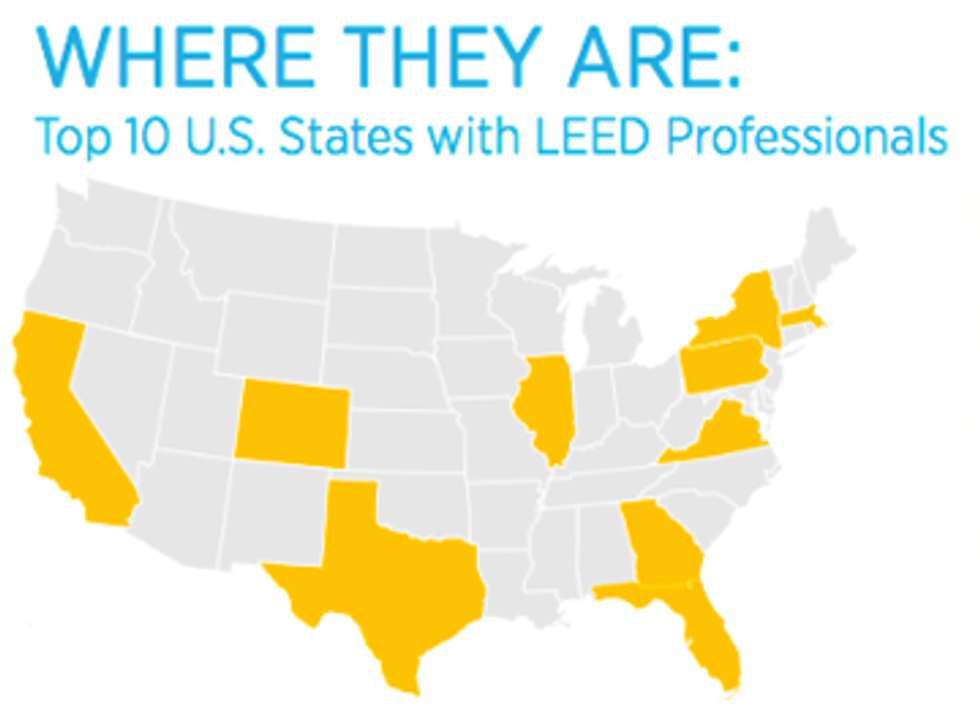 Green building is growing fast in the U.S., and may represent more than half of all commercial and institutional construction as soon as 2016.

A new report from the U.S. Green Building Council (USGBC), LEED in Motion: People and Progress, details green building’s exponential growth and outlines both the value of the industry and its reach into American lives.

The report is the first of three LEED in Motion summaries planned for release in 2013, and it reveals yet another key indicator that sustainability can be as much an economic boost as an environmental one.

Green building, of which LEED properties are a key subset of, represented around 44 percent of all commercial and institutional construction in America across 2012, and that percentage should pass 55 percent as early as 2016.

All this growth means jobs and profits, according to USGBC. Green building could top $140 billion in revenue with 835 million square feet of construction this year, 35 percent of all U.S. construction jobs today are in green building, and industry revenue could top $248 billion by 2016.

While Washington, DC, has long led the U.S. in per-capita LEED certifications, that may be set to change, as California and New York State took the lead with the most LEED professionals and USGBC members. Fitting, considering California’s place as the epicenter of America’s clean tech market and New York City’s success with energy efficiency retrofits.

Commercial Buildings Lead, But Residential Projects On The Upswing

USGBC’s findings echo the results of McGraw Hill Construction’s Green Retail and Hospitality SmartMarket Report released earlier this year, which estimated more than half of all new retail, restaurant, and hotel construction would be green building projects by 2015, boosting values anywhere from seven percent to 11 percent

From Novelty To Norm

This growing exposure to green buildings and sustainable design seems like it’s starting to move LEED certifications from novel to must-have. “The new LEED in Motion report reflects that incredible cross-section of people—diverse in background, geography and vocation—who are working together to fulfill USGBC’s mission of a sustainably built environment within a generation,” said Rick Fedrizzi, USGBC CEO.