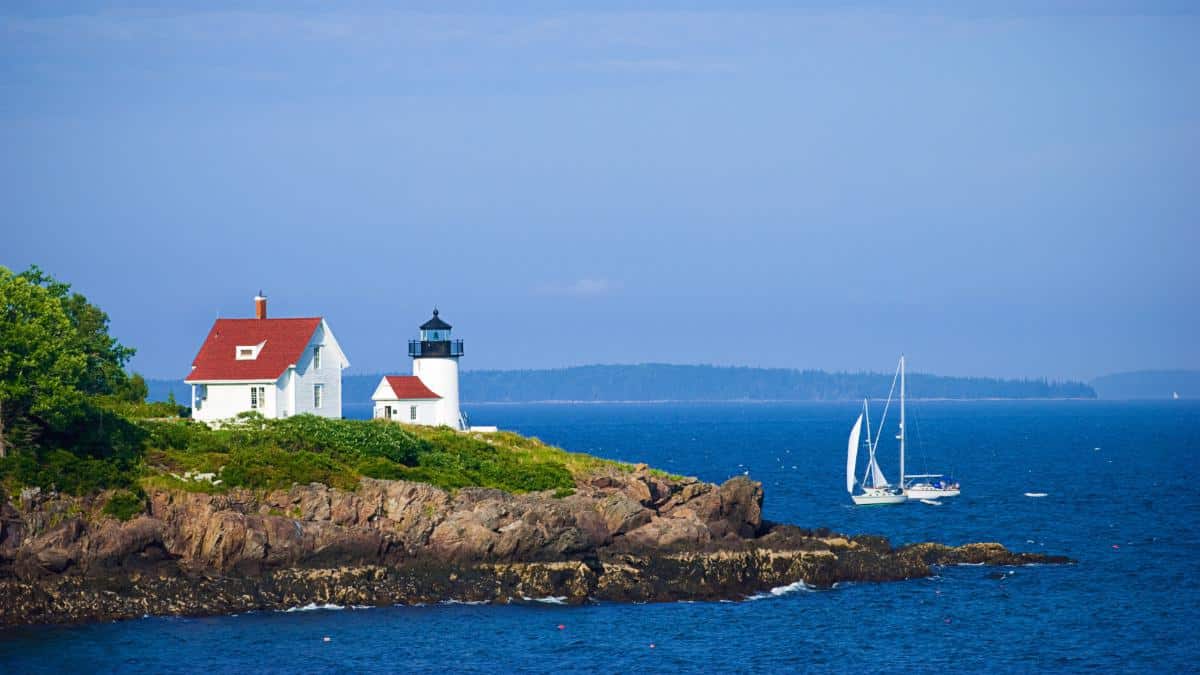 If passed, a green amendment proposal could guarantee clean air and water for residents in Maine's constitution. gregobagel / Getty Images

She has a good reason for this: “I don’t really trust the government,” she told EcoWatch. “I haven’t trusted our government throughout how it’s responded to COVID and I don’t trust it in terms of how it’s going to respond to the climate crisis.”

Sen. Maxmin was elected to represent Maine’s 13th Senate District this past November. Two years prior, she was elected to the Maine House of Representatives, serving as the 88th District’s first-ever Democrat, where she won by canvassing the historically conservative district and talking to people regardless of their political affiliation.

Sen. Maxmin’s love for home on her family’s farm in Nobleboro, Maine, inspires her work in community organizing, climate advocacy and uplifting the rural voice in electoral politics — a perspective she believes the left abandoned, she wrote in The Nation during her first campaign.

But in a politically divided state that is warming faster than most parts of the U.S., Sen. Maxmin works to implement climate policy that both sides of the political spectrum can get behind. In early March, she introduced the Pine Tree Amendment, which would secure state citizens the right to a healthy environment in Maine’s constitution.

The amendment’s introduction follows a growing movement that’s led by Maya K. van Rossum, leader of the Delaware Riverkeeper Network and founder of the Green Amendments For The Generations, a nonprofit organization that inspires states to amend their constitutions to give every person inalienable rights to “pure water, clean air, a stable climate and healthy environments.”

In 2019, two constituents brought the idea for a green amendment to Sen. Maxmin, who liked the idea of including the rights to clean air and water in the state’s constitution because it was “much more foundational” than the volatile environmental laws being discussed in the state’s capital.

So far, Montana and Pennsylvania are the only states to include green amendments in their state constitutions, but popularity around the movement is growing and similar amendments are being proposed in various states, including New York, New Mexico and Oregon. While the movement’s goal is to build enough momentum to implement environmental rights at a federal level, van Rossum said the movement requires the foundation of multiple building blocks — first starting at the local level.

“If we can go state by state, not only are we going to be educating and organizing and building the foundation for the successful passage of a federal amendment at the right time, but in the interim, we will be harnessing the power of the bill of rights section of our state constitutions for the benefit of environmental protection and the people,” van Rossum told EcoWatch.

The movement hasn’t avoided critics, however, who will ask van Rossum, “What does it mean to have clean water?” since the terminology can be broad. Van Rossum explained that the green amendments put the rights to clean air, water and a healthy environment on par with the rights to free speech and religious freedom.

“Broad language is a characteristic of the bill of rights amendments,” she told EcoWatch, adding that the language must provide both a level of guidance and enough flexibility for government officials and courts.

But the amendments do more than protect basic rights to clean air and water, van Rossum explained, adding that they can also empower communities to take ownership over their natural resources. When people’s environmental rights are written into the constitution, rural communities that have a deep personal relationship with natural resources can raise their expectations of the government’s ability to protect those rights. “This is really returning the power to the people, because we always have to remember that fundamentally the constitution is about the people telling government how they want them to behave,” van Rossum said.

This is especially valuable for rural Mainers who are increasingly impacted by climate change but may be resistant to environmental legislation for “really good reasons,” Sen. Maxmin added.

“The legacy of climate policy in rural communities has been kind of a heavy-handed government ideology that does not reflect the realities of our rural lives,” Sen. Maxmin told EcoWatch, referencing current offshore wind development projects being proposed off of the Gulf of Maine. Fishing communities consider the projects to be controversial, claiming they would jeopardize lobster fishing zones.

Bills such as the Pine Tree Amendment are unique since they don’t “impact one person more than the other,” Sen. Maxmin said, adding that the amendment is a valuable stepping-off point for future climate policy.

In Maine, the amendment has received bipartisan support from the Legislature’s Committee on Environment and Natural Resources. It now faces votes in both the Maine Senate and House of Representatives, where it requires a two-thirds majority approval and approval from the majority of Maine voters.

At the very least, van Rossum stressed how green amendments can encourage important conversations across states and local communities. “There is something intellectually and emotionally very deeply empowering and touching for people when you are talking about their water and their air,” she told EcoWatch. “It’s just so personal.”