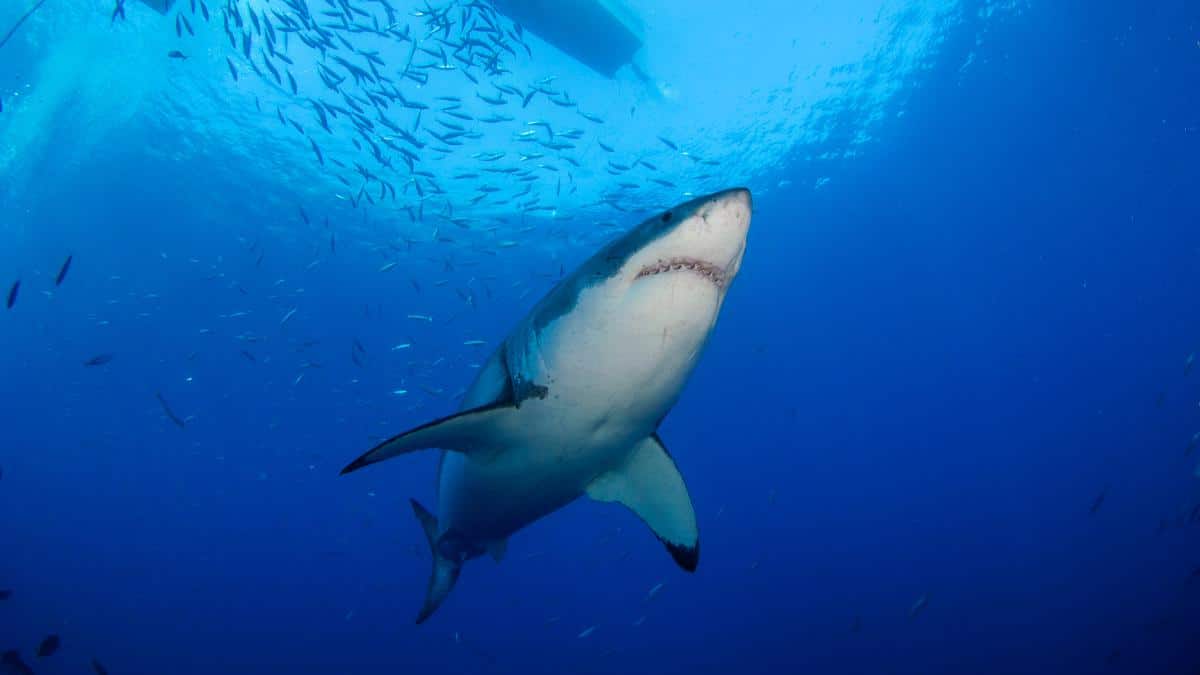 When marine biologist Daniel J. Madigan was working on a research project around Isla San Esteban, Mexico, he heard rumors of illegal shark poaching occurring off the Gulf of California. At the time, eight fishermen illegally caught and killed as many as 14 great white sharks, Hakai Magazine reported.

After contacting the poachers and examining the shark teeth they had collected, Madigan, from the University of Windsor in Ontario, Canada, was able to determine that four of the 14 sharks were juveniles and almost half could have been mature females.

Surprised by the findings, Madigan and his colleague, University of Delaware assistant professor and shark specialist Aaron Carlisle, compared their findings with a NOAA report that estimated the adult female mortality rate for the entire eastern Pacific was around just two sharks annually, UDaily reported.

When they saw these mortality numbers didn’t line up, the researchers realized there was a “harvest of a large‐bodied, protected species that has been largely hidden from researchers and managers,” they wrote in their findings, published in Conservation Letters.

“He (Madigan) found, in just a two-week time period, more mortality in this one location than what we thought for the whole ocean,” Carlisle told UDaily. “It was pretty clear then that, well, something kind of important is happening here.”

Researchers say their results are alarming, as they show high rates of mortality of the eastern North Pacific (ENP) population, expected to be only a few hundred adults. Their results also highlight how little they previously knew about great white shark populations in the Gulf of California, Hakai Magazine reported.

“It’s been about 20 years since a new ‘population’ of white sharks has been discovered,” Carlisle told UDaily. “The fact that the eastern Pacific has so much infrastructure focused on white sharks and we didn’t know that there were these sites in the Gulf of California was kind of mind-blowing.”

Although their findings raise a “red flag” to other researchers and scientists that more needs to be done to protect the important predators, the study’s authors were hesitant to publish their findings at first, knowing it would spark tension between them and local fishermen, Hakai Magazine reported.

Currently, 80 percent of fishing in the Gulf of California is considered unsustainable. Although the United States and Mexico have laws in place to prevent the catching and killing of the species, as resources continue to become more scarce, fishermen are forced to rely on less conventional, and sometimes illegal, fishing practices for income, like poaching white sharks, Hakai Magazine reported.

“It was an ethical dilemma for me,” Madigan explained, according to Hakai Magazine. “I didn’t love the potential side effects of publishing the paper. But once I had that information, I felt obligated to put it out there.”

While the researchers said their study was not intended to cause problems in the fishing community, they hope it can shine a light on alternative ways coastal communities can support their local economies.

“This seems like it would be a perfect situation for ecotourism, much like there is at Guadalupe Island,” Carlisle explained, according to UDaily. “There could be huge opportunities to build businesses around these populations of sharks, and that’s just from a management point of view. From a science point of view, there’s all sorts of fun things you could do.”