What Will It Take to Clean Up the Great Pacific Garbage Patch? 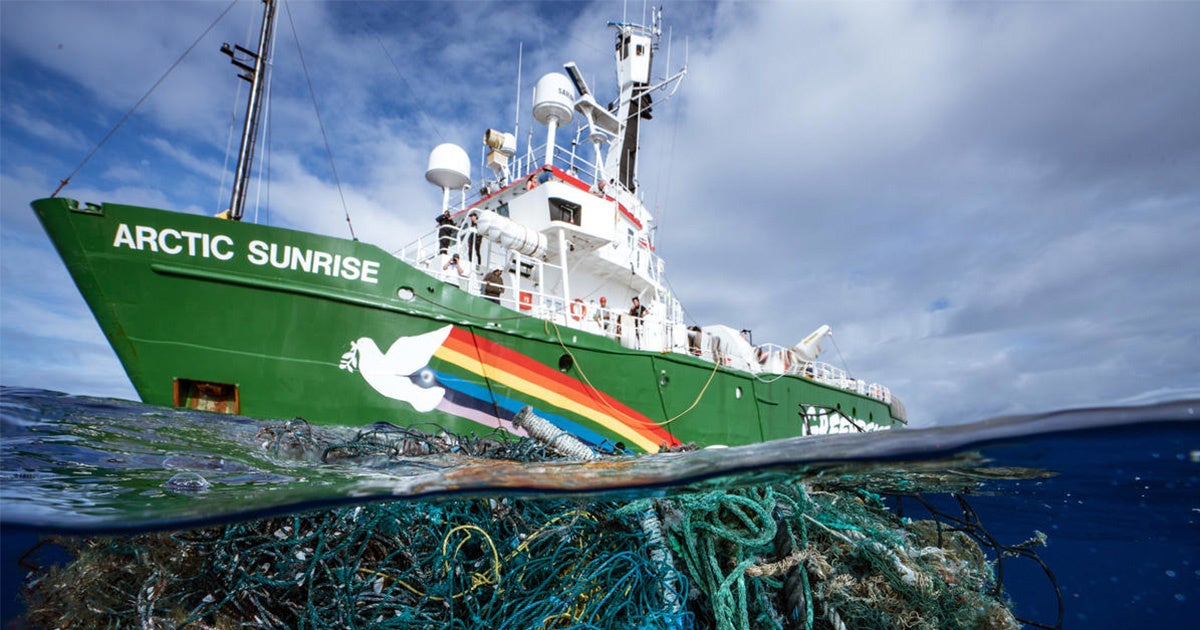 Debris from a fishing net seen underwater with MY Arctic Sunrise ship in the background. Justin Hofman / Greenpeace

One of Greenpeace’s foundational principles is bearing witness. We use our bodies and our voices to shine a spotlight on injustice and to tell the story of what we see in a powerful way that makes inaction no longer possible.

Every minute of every day, the equivalent of a truckload of plastic enters our oceans, finding its way to the middle of the garbage patch. That’s about seven truckloads of plastic in the time it takes you to read this article. Put another way, there are as many as 51 trillion microplastic particles in the sea, 500 times more than the number of stars in our galaxy. It’s difficult for the mind to comprehend that magnitude of plastic, so how do we deal with this problem?

While cleanup efforts are commendable, in order to truly tackle this crisis, corporations have to stop producing so much plastic and pushing an unsustainable throwaway culture. Think of it this way: if your bathtub was overflowing, you wouldn’t immediately reach for a mop. You’d first cut off the water at the tap—the source—which is what we have to do with plastic production.

Communities worldwide are already fighting back against the single-use plastics that are forced upon us by corporations like PepsiCo, Coca-Cola, Nestle, Procter & Gamble and Unilever. Folks are auditing their communities and naming the corporations who are most responsible for the plastic pollution they find. Cities and states are passing laws to transition away from single-use plastic and some companies are already taking steps to reduce their plastic footprint.

Our work in the Great Pacific Garbage patch is to shine a light on the nature of the problem, and the true culprits. We’re collaborating with scientists from Scripps Institution of Oceanography and the University of Hawai’i to further our understanding of the devastating consequences of the spread of single-use plastics.

As ocean conditions permit, the crew are doing comprehensive investigations of what they find in the Garbage Patch. Here’s a bit more on what they’re up to:

How do we protect our oceans and tackle the plastic pollution crisis? At its root cause is the excessive production and marketing of single-use plastic. Otherwise, we’re just mopping up the floor, as the tap continues to run. But it doesn’t have to be this way: Greenpeace has a long track record of challenging corporations to take responsibility for their actions and winning. With enough people power, we can turn the tide on plastic pollution.

We hope you’ll join us because to break free from plastic, it will take all of us doing everything we can. Now, while the spotlight is on the Great Pacific Garbage Patch, is a crucial moment to challenge those most responsible for creating this problem.

I invite you to be part of the solution by taking a moment now to sign our petition to top U.S. corporate polluters, challenging them to immediately phase out single-use plastic.

Anna Wagner is a senior national organizer with Greenpeace USA.